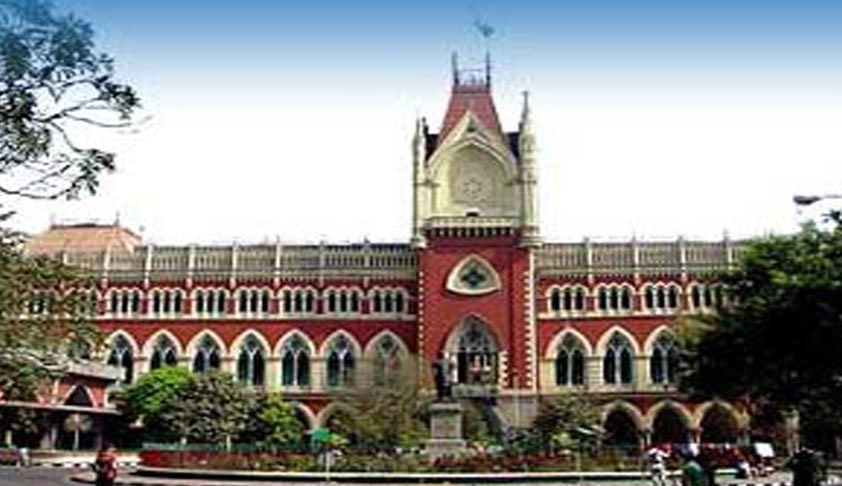 The Calcutta High Court on Wednesday expressed that the failure in recording judicial statements under Section 164, Cr. P. C. on account of the national lockdown and the consequent delay in filing charge sheets in POCSO-related cases, resulting in the accused persons being granted bail, is a "matter of great concern".

The Court directed the District Judges to ensure that the recording the statement under Section 164 of the Code of Criminal Procedure in POCSO related cases should be done without any further delay.

The bench, which was considering the report of the West Bengal Commission for Protection of Child Rights, further noted an apprehension that the accused, who had obtained bail after the expiry of the statutory period, might cause fear in the mind of the victims and the witnesses. "In this pandemic situation, it is important, that the child rights are secured and accordingly we direct the Superintendent of Police of all the Districts to issue necessary directions upon the Officer­in­Charge of all the police stations within their jurisdiction to keep vigil in the locality, so that the perpetrators do not cause abuses to the vulnerable children during the lock down situation", it ordered, requiring the state government to file an affidavit in 2 weeks.

As regards the inmates of children homes, the court inferred from the report filed by the Joint Secretary, Department of Women and Child Development and Social Welfare that total 45 inmates have been reported suffering from cough and cold symptoms and all of them have been medically managed. "However, it appears that 19 out of 45 inmates were taken to Fever Clinics and no case of testing of COVID­19 was recommended by the medical officers, but the report does not disclose as to the present physical condition of the remaining inmates of the homes mentioned in the report dated 29th April, 2020. Moreover, it appears that in few homes 2 or 3 children were kept in isolation rooms after being diagnosed with cough and cold, but the present condition of the said children have not been stated in the said report", it remarked.

"We have in our earlier order dated 8th April, 2020 categorically stated that there should be adequate number of child psychologists, clinical psychologists and Counselors in all homes to ensure that the children do not suffer from mental distress or trauma. We also directed the State Government to ensure that adequate provisions are made to provide the required counseling. We have also categorically stated that in the report to be filed by the said Health Department it should be clearly stated that medical team constituted for each District should specifically mention the number of Counsellors and clinical psychologists and/or child psychologists or both and also a remark on their performance. The performance of all the Counsellors should be closely monitored. The report filed by the said Joint Secretary, however, does not address the said issue", pointed out the bench, which accordingly, directed the Secretary, Department of Women and Child Development and Social Welfare and Secretary, Health & Family Welfare Department to file a comprehensive report in this regard within a fortnight.

"In so far as the report filed by the Secretary, Department of Women and Child Development and Social Welfare on 12th May, 2020 is concerned, it appears that there are 3502 children at present in camps for migrant labour being maintained across the State. In the report it is stated that all the camps have provisions for adequate food, drinking water and washing materials and in all camps regular medical check ups are being conducted. However, the physical and mental conditions of the children of such migrant labour have not been disclosed in the said report", recorded the Court.

In this context, the bench ordered the District Magistrates of each District to file a report with regard to number of migrant children in their respective Districts, besides requiring the Secretary, Department of Child and Social Welfare as well as the Secretary, Health Department to take immediate steps to ensure the safety and security of such children. A report as to the mental and physical condition of the children in the camps for migrant labour in each District is to be filed by an affidavit within a fortnight from date.

Then, the bench proceeded to highlight some of the measures that could be culled out from the Standard Operating Procedures published by different Departments of the Government to be followed by all the Homes. These relate to the health and sanitisation concerns associated with a visitor or Outsider, Disinfection of home, Disinfection of Vegetables and Fruits, and Disinfection Packaged Milk

"The Department of Women and Child Development and Social Welfare shall ensure that such measures are implemented and report compliance on the next date", stipulated the bench.

Finally, the Court directed all the Departments of Government concerned with the child right issues to maintain a synergy and connectivity amongst themselves and to see that the children be institutionalised or un­institutionalised or even migrant children avail all these benefits and measures.