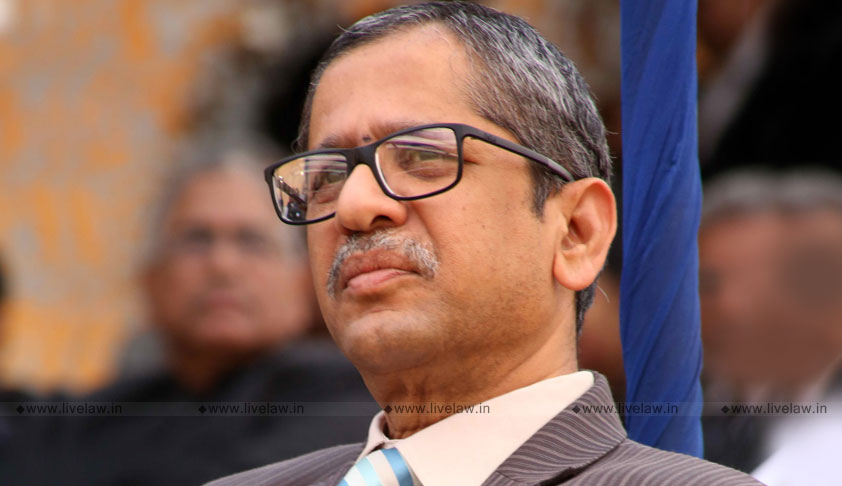 Justice NV Ramana recently highlighted the importance of "Access to Justice" as the "bedrock" of rule of law. Speaking on the occasion of inauguration of Front offices and Legal aid Defense Counsel Office at Delhi, the Supreme Court Judge said, "The idea of access to justice is deeply embedded in the Constitutional vision of justice and that in a democratic country like ours,...

Justice NV Ramana recently highlighted the importance of "Access to Justice" as the "bedrock" of rule of law.

Speaking on the occasion of inauguration of Front offices and Legal aid Defense Counsel Office at Delhi, the Supreme Court Judge said,

He said that ever since India became an independent nation, it has been caught between the twin problems of 'poverty' and 'access to justice'; and whereas one would expect that in this fast-paced world, such topics would become outdated, Sadly, even after 74 years of independence, we are still discussing the same issue.

"Being the second most populous country of the world, we are now a force to be reckoned with. Indians, with their grit, determination, intelligence and expertise are now highly sought after in the work-force. On the other side of this success story, we are still a country with millions of people living without access to basic fundamental amenities of life, including access to justice. Although the reality is sad, the same should not de-motivate us."

He emphasized, "As long as we are a nation which continues to face such dual realities, such discussions must continue."

Marking 25 years since the establishment of NALSA, Justice Ramana, who is also the Executive Chairman of the authority, spoke at length about the significance of legal aid, especially in India. He recollected an earlier incident during his tenure as the Chief Justice of Delhi High Court when an old lady waiting in the court premises asked him about capping of lawyer's fees?

"Madam, the Court cannot control these things," the Judge had responded following which he was faced with another question- "how people like us can even come to the courts?"

This is where legal aid assumes great importance, he said. "When people cannot reach us, we should reach them," he remarked.

"I would take this opportunity to remind all my lawyer friends, that you are the successors of our founding fathers such as Gandhi, Nehru and Patel. Never forget your duty towards your society. Please listen to those whose voice is the weakest in society, and understand the plight of those who cannot afford legal fees. Extend a helping hand whenever you can! I believe that all lawyers should attempt to do some pro-bono work in order to give back to society and serve the people," Justice Ramana said.

He said that India is probably the only country where the "means test" is not applicable to the certain categories.

"In India, Women, children, persons in custody, SC& ST, victims of disaster, amongst other, are entitled to free legal aid irrespective of their income/means," he explained.

"Legal Services Authorities cater for more than 70% of the population who are entitled for free legal aid. Around 48,227 panel lawyers are empanelled with the Legal Services Authorities throughout India, to provide necessary legal services. They have also engaged pro-bono lawyers, which include many senior lawyers. Till now, 3175 pro-bono lawyers are empanelled at the District level, 437 at High Court level and 86 at the Supreme Court level."

"The framework has been devised in a manner as to ensure quality legal aid," the Judge highlighted.

"This office has been established by Delhi State Legal Services Authority at South West District, Dwarka Courts as a Pilot Project for providing legal aid in criminal matters in Sessions Courts. Under this scheme, lawyers are exclusively engaged on full-time basis, for conducting legal aid cases in Sessions Courts. This scheme is to be implemented in 17 districts across the country on a pilot basis for two years. Around 1600 cases have been handled by the Legal Aid Defense Counsel System during the year 2020 alone," he informed.

Regarding Legal Services Outreach activities, Justice Ramana said that during the period November, 2019 to February, 2021, 2.35 lakh awareness programmes were organised which were attended by more than 3.02 crores persons.

In the year, 2020 itself approximately 15.69 lakh women participated in outreach programmes; 2.71 lakh tribal people attended the legal outreach programme; Around 27.2 lakh children were reached through legal services outreach tools. He further said that Legal Services Authorities have been using various tools for spreading legal awareness. The year 2020 witnessed the increased use of Radio, TV and digital platforms including social media for spreading legal awareness.

NALSA has being focussing on upgrading front offices to work as One Stop Centres. A single point establishment for multiple services, the front office is expected to provide all facilities to legal aid seekers under one roof and at a single location.

Justice Ramana said that around 1170 Front Offices are operational across India, through which more than 1,46,000 persons were provided legal aid and assistance during the year 2020

He also highlighted the work being done on ADR front, particularly by Lok Adalats. "Legal Services Authorities have developed the capacities to organise pan India National Lok Adalats. Since, November, 2019 to February, 2021, approximately 49,04,089 cases were disposed of which includes 26,89,659 pending cases," he said.

Regarding implementation of the Victim Compensation Schemes, Justice Ramana said that from November, 2019 to February, 2021, Rs. 218.81 crore was awarded as compensation to the victims.

He also praised Legal aid Institutions in working tirelessly during pandemic. He said that in order to ameliorate the situation, a broad range of legal services have to be provided to the needy, including victims of domestic violence, daily wagers, tenants, undertrials, convicts and migrants. "The plight of the migrants did not go unnoticed by the Legal Services Authorities, assistance was provided to 57,79,546 migrants in coordination with the District Administration," he informed.

Justice Ramana also elaborated on legal services being provided to suspects and arrestees. He said that in the year 2020 itself, legal assistance was provided at the remand stage to 76,087 arrested persons.

He further said that as a roadmap for the future, the Legal Services Authorities are focussed on developing an accessible mechanism to redress violation of rights and empowering the people through legal services and legal awareness.

The event also saw the presence of Justice DN Patel, Chief Justice of the Delhi High Court and Patron-in-Chief of DSLSA, Justice Vipin Sanghi, (Executive Chairperson, DSLSA) along with other Judges of the Delhi High Court, Principal District and Sessions Judges of all 11 districts of Delhi, Principle Judges of Family Courts, District Judges (Commercial Courts) and other Judicial Officers.