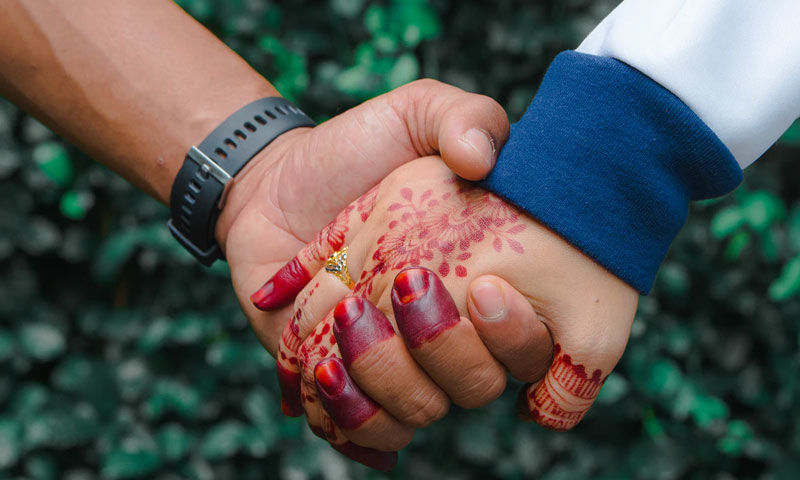 The Gujarat High Court on Wednesday granted interim bail to an accused/husband, his relatives on a joint plea filed by him and his complainant-wife seeking quashing of an FIR under the Gujarat Freedom of Religion (Amendment) Act, 2021 ['Anti Love Jihad' law].The Bench Of Justice Ilesh J. Vora was hearing the joint plea of the interfaith couple submitting that the issues have been...

The Gujarat High Court on Wednesday granted interim bail to an accused/husband, his relatives on a joint plea filed by him and his complainant-wife seeking quashing of an FIR under the Gujarat Freedom of Religion (Amendment) Act, 2021 ['Anti Love Jihad' law].

The Bench Of Justice Ilesh J. Vora was hearing the joint plea of the interfaith couple submitting that the issues have been resolved and that they wish to continue with their marital relationship.

Earlier, three of the accused were granted bail, however, four remained in judicial custody, who have now been granted bail by the High Court.

As per the contents of the FIR, the woman had earlier alleged that her husband, his parents, and the priests who performed the matrimonial ceremony had forcibly converted her religion through marriage.

However, moving before the High Court in June 2021 with a plea to quash FIR, she/wife claimed that she had approached a local police station in Vadodara to report petty and trivial matrimonial discord, however, the police, on their own, brought in the "love jihad" angle and they inserted the allegations in the FIR which she did not even make

Importantly, the complainant-woman had categorically submitted before the Court that the FIR had been registered by Police bringing in the Love-Jihad angle on their own and that it contained grossly incorrect and untrue facts, particularly regarding the allegations of forceful conversion.

The Bench of Justice Ilesh J Vora was earlier told by the woman that she wished to live with her husband as a married couple and therefore, the FIR which was registered against her husband under the 'Anti Love-Jihad' law be quashed.

In fact, her plea also mentioned the fact that she and her husband, both were in a relationship for 2 years and were aware of each other's religion before they decided to marry each other as per the Islamic rites.

It was also averred in the plea that her marriage was firstly notarised and subsequently it was registered under the Special Marriage Act and that the girl's father stood as a witness in their marriage.

The Court, while granting the bail, observed that the Gujarat High Court has recently stayed, as interim order, certain provisions of the Gujarat Freedom of Religion (Amendment) Act, 2021.

Importantly, the Court had, on August 19, ruled that pending further hearing, the rigours of Section 3, 4, 4A to 4C, 5, 6, and 6A shall not operate merely because marriage is solemnized by a person of one religion with another religion without force or allurement or fraudulent means and such marriages cannot be termed as marriages for the purposes of unlawful conversion.

Further, considering the peculiar facts and circumstances of the case, more particularly the settlement arrived at between the husband and wife i.e. informant and accused no.1, the Court noted that the petitioners have made out a prima-facie case for interim relief in the nature of bail.

Thus, without entering into merits of the case, the Court observed that it was a fit case to exercise discretion under Article 226 of the Constitution of India to grant relief.

"...considering the nature of dispute, severity of punishment and in absence of any past antecedents of like nature and as there is no possibility of fleeing from justice, the discretion is required to be exercised," the Court held while granting bail to the accused husband and some of his relatives.