Gujarat HC Imposes Fine Of Rs. 2000, Sentence Till Rising Of Court On Adv Yatin Oza In Contempt Of Court Case 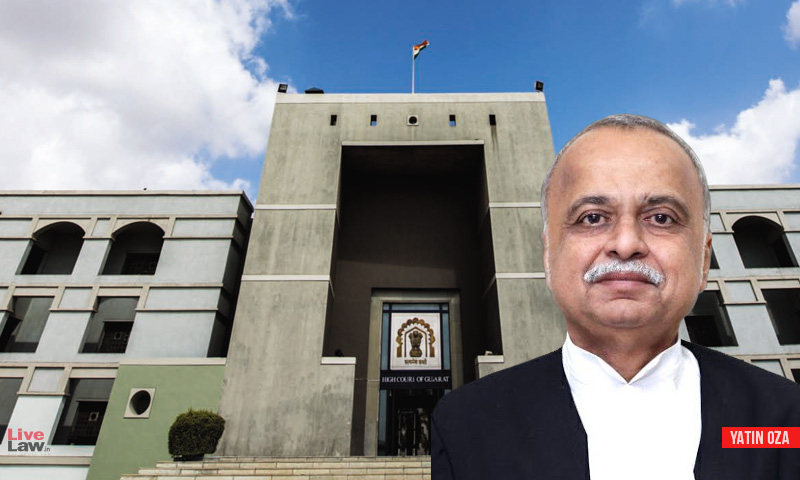 The Gujarat High Court on Wednesday imposed a fine of Rs. 2,000 and punishment till rising of the Court on Advocate Yatin Oza, in the criminal contempt case registered against him for making "scurrilous remarks" against High Court and its Registry, during a live press conference on Facebook. A Division Bench of Justices Sonia Gokani and NV Anjaria had found him to be guilty of...

The Gujarat High Court on Wednesday imposed a fine of Rs. 2,000 and punishment till rising of the Court on Advocate Yatin Oza, in the criminal contempt case registered against him for making "scurrilous remarks" against High Court and its Registry, during a live press conference on Facebook.

A Division Bench of Justices Sonia Gokani and NV Anjaria had found him to be guilty of contempt yesterday and the sentence order in the matter was passed today. The Court has intimated that in case of default in complying with the sentence, Oza shall undergo imprisonment for two months.

The Sentence has however been stayed to allow him to appeal against it before the Supreme Court, based on the request made by Senior Advocate Mihir Joshi.

The Division Bench had pronounced its verdict in the criminal contempt case suo moto initiated by the High Court after Oza, the President of the Gujarat High Court Advocates Associations made public allegations of maladministration of justice within the HC.

On July 18, the HC had revoked the senior designation given to Oza recalling the Full Court decision of 1999 designating him as a Senior Advocate.

The cause of action was a Facebook live conference held by Oza in June, where he alleged that the HC regsitry was following corrupt practises and that undue favours were being shown to high profile industrialists and smugglers.

The bench observed that Oza had, with frivolous grounds and unverified facts, targeted the HC Registry and had questioned the very credibility of High Court Administration.

Though Oza had approached the Supreme Court against the contempt notice, the SC refused to entertain the plea, and asked him to agitate the matter in the High Court itself.

He told the SC that he was offering "unconditional apology" for his remarks against the HC.

The SC observed that as a leader of the bar, Oza had greater responsibility and that he ought to be restrained in conveying the grievances of the lawyers. The apex court did not express anything on the merits of the matter, and said that it was appropriate that the High Court dealt with the issue first, taking note of his apology.

Later, Oza tendered an unconditional apology before the High Court which came to be rejected by the Full Court on August 26. however, rejected his apology for lacking in bonafides. The Full Court was of the opinion that Oza's apology was forthcoming in the backdrop of initiation of contempt proceedings against him and after stripping of his senior designation.

Subsequently, the Division Bench in this case also rejected his apology stating that the same "lacks sincerity"

Notably, Oza had challenged the High Court's decision to strip him off his designation as senior. The same was listed for directions on September 29 but was deferred in the backdrop of the present proceedings.

'Yatin Oza Due To Argue Before HC Tomorrow On Point Of Truth', SC Told; Matter Listed On October 13 For Directions

Oza, as the GHCAA President, had earlier voiced strong protest against the transfer of Justice Akil Kureshi from Gujarat HC to Bombay HC by terming it "unwarranted, uncalled for and unjust"

The Association under his leadership had also approached the Supreme Court against the Centre's delay to act on the SC Collegium's recommendation to elevate Justice Kureshi as the Chief Justice of Madhya Pradesh High Court.

In June, he had tendered his resignation as the GHCAA President following differences among the Office bearers of the Association regarding re-opening of the courts for physical hearing. Oza had addressed a letter to Chief Justice Vikram Nath, urging him to let the High Court function "full fledgedly" via video conferencing and allow all matters to be heard.

Later, he withdrew his resignation, following request by several members.