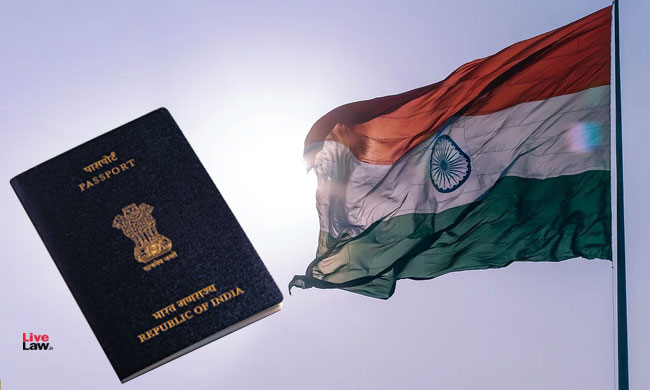 The Gujarat High Court has made it clear that civil courts have no jurisdiction to entertain and decide the question about citizenship of a person and that the said question falls within the exclusive domain of the Central government.

Justice Nisha Thakore held thus in context of Section 9(2) of the Citizenship Act 1955 which provides that question whether any citizen of India has acquired the citizenship of another country shall be deter­mined by the prescribed authority.

"The second question which is required to be looked into is whether he acquired the citizenship of another country or not, or can be said to have renounced Indian citizenship on issuance of passport of another country. There is no iota of doubt that as per Sub-section (2) of Section 9 of the Citizenship Act, 1955, read with section 40 along with schedule III of the Citizenship Rules, 2009, the said question can exclusively be tried by the Central Government."

The policy behind Section 9(2) appears to be that the right of citizenship of the person who is admittedly an Indian citizen should not be exposed to attack in all forums in the country, the Court said. It added that the question regarding citizenship should be decided by one authority in accordance with the prescribed rules and that every other Court or authority would have to act only on the basis of the decision of the prescribed authority in that behalf and on no other basis.

The observation comes in an appeal preferred by a 60 years old man, claiming to be born and brought up in India and seeking a declaration under Section 5(1)(c) of the Act that he is a citizen, on the basis of his marriage to an Indian citizen. The appellant had spent around 7 years of his life in Pakistan and the Centre had tendered documentary evidence in Court to establish that the appellant has been conferred Pakistani citizenship and he has been permitted to travel to India on temporary residential permit.

The challenge in these proceedings were to an order of the District Judge, who had quashed the order of Civil Judge directing the Centre to not deport the Appellant until decision was taken under Section 9(2) of the Act.

At the outset, the High Court noted that on one hand the Appellant claimed to be Indian citizen by birth but in the same breath, he sought a declaration as to his citizenship on the basis of his marriage to an Indian.

It then observed that the District Court, in government appeal, had rightly proceeded to record the finding that the appellant is not an Indian citizen but holding nationality of Pakistan, on the basis of material produced before it.

The Court however did find force in the argument canvassed by the Appellant that the District Court misdirected in finding that the trial court committed gross error in assuming the jurisdiction to decide the question of section 9(2) of the Citizenship Act, and extending protection from deporting.

It noted that under Section 4 of the Specific Relief Act, the party can always approach civil court for protection of it's civil right. However, in the given facts of the case where the appellant was found to not be an Indian Citizen, jurisdiction of civil court to even look into the infringement of his civil right is excluded.

Reliance was placed on State of U.P. vs. Mohammad Din, AIR 1984 SC 1714, where the Supreme Court held that the Civil Court will have no jurisdiction to decide the issue arising in a suit instituted before the commencement of the Citizenship Act, 1955 as the Central Government alone has been constituted as exclusive forum for the same.

Keeping in view these facts and provisions of law, the High Court declined to interfere with the order of the District Court and opined that no substantial questions of law had arisen for consideration.