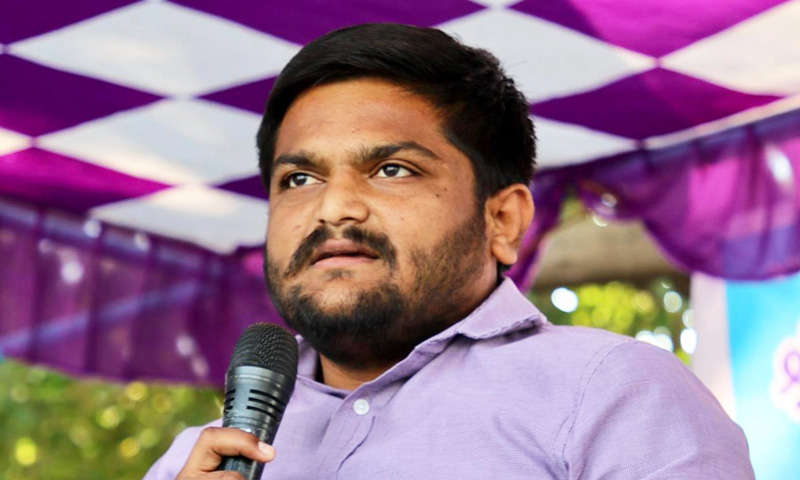 The Gujarat High Court on Friday allowed BJP leader Hardik Patel to enter Mehsana district for campaigning in the upcoming Gujarat polls, after the State said that it has no objection to the same.

Patel was convicted in 2017 in a case connected to the Patidar Quota stir. While releasing him on bail, the high court had imposed a condition that he will not be allowed to enter the district - the condition continued to remain in operation as his appeal against conviction is pending.

Advocate Rafik Lokhandwala appearing for Patel submitted that as a candidate in the upcoming State elections, he will have to travel frequently to various places including Mehsana district for the purpose of political campaigning.

The counsel also submitted that Patel was unable to attend social and religious functions in the district despite his conviction being suspended by the Supreme Court in April as the bail condition was still in operation.

Public Prosecutor Mitesh Amin told the court that the prosecution had no objection if the bail condition is relaxed or modified.

Allowing Patel's plea, the court said: "Accordingly, present Criminal Misc. Application is hereby allowed and relief in terms of para 14(B) is granted."

In 2015, Patel was accused of ransacking the office of Visnagar BJP MLA while leading the Patidar reservation agitation seeking Other Backward Class (OBC) status for the Patidars.

In 2018, a sessions court in Mehsana district sentenced him to two years of imprisonment for rioting and arson during the reservation agitation.

The Gujarat High Court had suspended the sentence but not the conviction.

Patel then approached the High Court challenging the conviction in view of the 2019 elections as the Representation of the People Act states that a convict facing a jail term of two years or more cannot contest an election unless his conviction is stayed. However, High Court refused to stay the conviction.

The Supreme Court on April 12 stayed Patel's conviction after observing that it was a fit case for the High Court to have exercised power to stay the same.