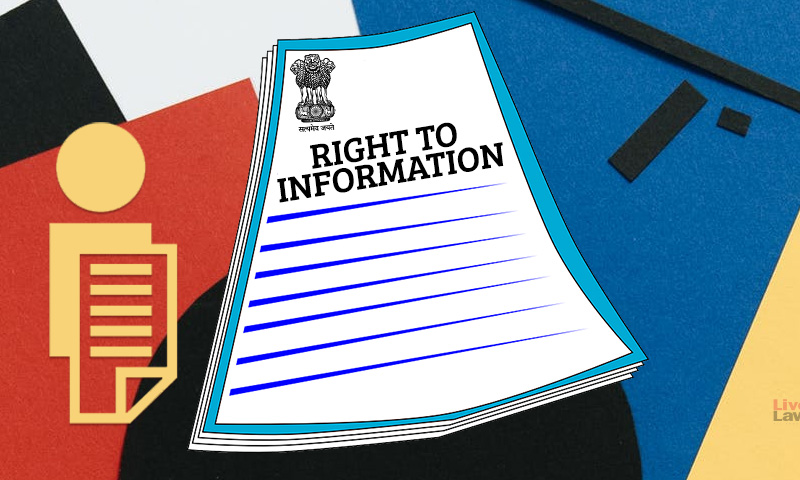 The Gujarat High Court has held that where any information sought under the Right to Information Act is destroyed and it is not the case of malafide destruction of information, penalty under Section 20(2) of RTI Act shall not be attracted.

Section 20 stipulates disciplinary action against a Public Information Officer where information sought is not supplied within the time specified, or is malafidely denied or incorrect information is knowingly given or information is destroyed.

In the present case, the petitioner had sought action against a municipality's PIO over his failure to furnish information despite a direction from the State Chief Information Commissioner.

While dismissing the writ, Justice AS Supehia said,

The bench noted that the State Chief Information Commissioner had directed the PIO to either to give the information sought "OR" send necessary details of the search or efforts made in finding such information. Since the latter direction was complied by the PIO, the Court said,

"The directions issued in the said order do not in any way imply that information or record is required to be given. The direction, as stated hereinabove, are in two parts, either to give the record "OR" to supply the details of the efforts made by the respondent No.5 in tracing out the record to the petitioners. Accordingly, Panch Rojkam dated 10.12.2021 prepared by the respondent No.5 reveals that despite their efforts, they are unable to find the record. It is not the case of the petitioners that Rojkam is falsely prepared and is concocted."

It added that while exercising discretionary power vested under Article 226 of the Constitution of India, it cannot delve into the question of fact with regard to destruction or non-preservation of the record.

The petitioner (since deceased) was represented by his legal heirs. The counsel appearing for the petitioners submitted that the respondent was not implementing orders passed in appeal by the State Information Commissioner which directed them to provide information regarding service of the deceased petitioner, which was not done. He pleaded that appropriate penalty be imposed as per Section 20(2) of the RTI Act for the loss of records of the deceased petitioner, which he claimed was illegally destroyed.

The counsel for the respondent submitted that despite the best efforts made by the respondent No.5, record pertaining to the service of the deceased petitioner was not found, and accordingly, Panch Rojkam was prepared. She argued that the order in question was complied with, as it directed the respondent to either provide the records sought, or, if the record was unavailable, the details with regard to their efforts made for finding such record are to be produced, which the respondent has done.