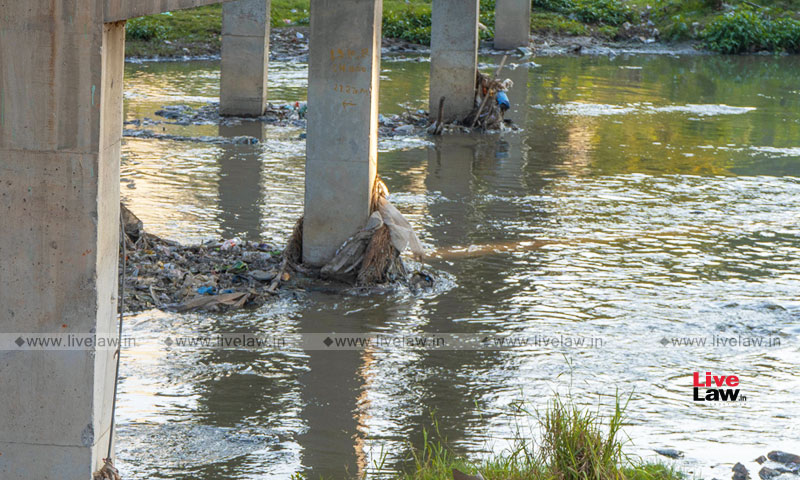 "There is no fundamental right in a citizen to carry on business wherever he chooses and his right must be subject to any reasonable restriction imposed by the executive authority in the interest of public convenience," the Gujarat High Court has observed. This observation was made by a Bench of Justice JB Pardiwala and Justice Vaibhavi D Nanavati, in connection with a matter...

"There is no fundamental right in a citizen to carry on business wherever he chooses and his right must be subject to any reasonable restriction imposed by the executive authority in the interest of public convenience," the Gujarat High Court has observed.

This observation was made by a Bench of Justice JB Pardiwala and Justice Vaibhavi D Nanavati, in connection with a matter involving the excessive pollution of Sabarmati River due to untreated effluent discharge from textile and other industries in the river.

The High Court, while hearing the matter, expressed shock that M/S Bright Wash, one of the industries, had obstructed officials of the Gujarat Pollution Control Board ('GPCB') from performing their functions. Accordingly, an FIR was registered against the organisation.

Basis a news report in August 2021 in the 'Ahmedabad Mirror', the Gujarat High Court took suo motu cognizance of excessive pollution in the Sabarmati River owing to a Sewage Treatment Plant ('STP') flouting the treatment norms and releasing untreated water into the river.

Accordingly, the High Court had appointed an Amicus Curiae who informed the Court that even walking around the embankment was an onerous task owing to the foul smell emanating from illegal discharge.

Pursuant to this, the Court directed full examination of the plant. Subsequently, the Court constituted a Joint Task Force in 2021 and directions were issued to the Ahmedabad Municipal Corporation to furnish correct details about the volume and parameters stipulated by the NGT for every STP in the Ahmedabad District. The Task Force also termed the stretch of 120kms in the Sabarmati River as "dead", "highly polluted/contaminated" and indicated that the Gujarat Pollution Control Board should initiate criminal prosecution against all owners of the polluting industries.

The High Court has now reiterated that any person coming in the way of the Ahmedabad Municipal Corporation ('AMC') or the GPCB would face strict action in accordance with law. It cautioned industries to cooperate in controlling effluent discharge.

The Bench noted that the AMC had laid down a storm-water drain for smooth disposal of rain water that accumulated on the roads and elsewhere. However, the hundreds of buildings, societies and schools had been accumulating this water which was untreated and not released through any Sewage Treatment Plant ('STP'). This was also directly flowing into the Sabarmati riverbed and contaminating the water. The Amicus has now submitted that all three outlets of storm water drain behind a school and other buildings ought to be sealed.

The High Court also raised questions as to why the AMC had not made a drainage construction in these societies and residential units. Justice Pardiwala also identified that the PIL had displeased quite a few sections of societies. However, averring that this displeasure should not deter the State Government, the AMC or GPCB from fulfilling their obligations under Art 51A of the Constitution, the Court referred to the Dr.T.Patanjali Sastry, President, Environment Centre, Rajahmudry vs. Chairman, Andhra Pradesh Pollution Control Board [2001 SCC OnLine AP 647]. Herein it was held:

The Court then referred to celebrated cases in the field of environment and conservation such as the MC Mehta vs Union of India [(1987) 4 SCC 463], the Virendra Gaur vs State of Haryana [(1995) 2 SCC 577] and more to conclude that the State and citizens had a tremendous responsibility via the Directive Principles and the Fundamental Duties to preserve the environment and secure a life of dignity and good health under Article 21 to all citizens.

In the same vein, the Bench ventured into the balance of interests between the right to trade and profession and public interest. It observed:

"The right of every citizen to pursue any lawful trade of business is obviously subject to such reasonable conditions as may be deemed by the governing authority of the country essential to the safety, health, peace, order and morals of the community."

The matter will now be heard on 25 February.