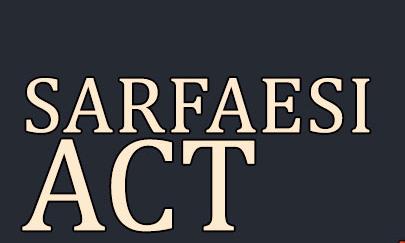 "What came to be purchased by the writ-applicant in the auction proceedings conducted by the Bank of Baroda was a secured asset under the provisions of the SARFAESI Act. In such circumstances, the State cannot claim preference over the subject property for the purpose of recovery of the dues towards tax. It is not in dispute that the first charge was created in favour of the bank and the bank in exercise of its powers under the SARFAESI Act, put the subject property to auction", the Gujarat High Court has observed.

The writ-applicant ie Axis Bank Limited herein had prayed for quashing and setting aside of the charge imposed on attachment of the property (Godown) by the Respondent authority as 'illegal, unjust and unreasonable and contrary to the Securitization and Reconstruction of Financial Assets and Enforcement of Security Interest Act, 2002.'

The Bench comprising Justice JB Pardiwala and Justice Nisha Thakore while refusing to delve into the facts at length placed reliance on two pronouncements of the Gujarat High Court, namely:

It was observed that Respondent No. 3 and 4 were the original borrowers and had availed loan facility while mortgaging the subject property and thereby creating a charge in favour of the Bank. Subsequently, the borrowers had defaulted in the repayment of the loan amount and the property was taken over by the Bank and put to auction under the SARFESI Act. The bid was finalised in favour of Respondent No. 5 and the property was put in his possession. The sale certificate was issued in his favour and consequently, the sale deed was registered in his favour by the Bank. However, the Bank approached the Court since the State authority got its charge mutated in the revenue records with respect to the dues yet to be recovered from the original borrowers.

The Bank contested that in accordance with Section 26E of the SARFESI Act and the pronouncements of the High Court Bank of India and Kalupur Commercial Bank, the bank will have the first precedence and the department cannot recover its dues towards VAT from the property. The Bank quoted from the Kalupur judgement thus:

"…We have no hesitation in coming to the conclusion that the first priority over the secured assets shall be of the Bank and not of the State Government by virtue of Section 48 of the VAT Act, 2003…It is further clarified that the excess, if any, shall be adjusted towards the dues of the State under the VAT Act. It is further declared that the respondents cannot proceed against the purchasers of the properties sold under the SARFAESI Act."

Keeping in view the precedents cited by the Bank, the High Court concluded that the State cannot claim preference over the subject property for the purpose of recovery of dues towards tax and this position of law was well settled. Accordingly, the High Court directed Respondent No. 6 authority to post and certify a mutation entry to record the sale transaction between the Bank and Respondent No. 5. Any entry of the State in the form of charge in the revenue records also stood deleted.