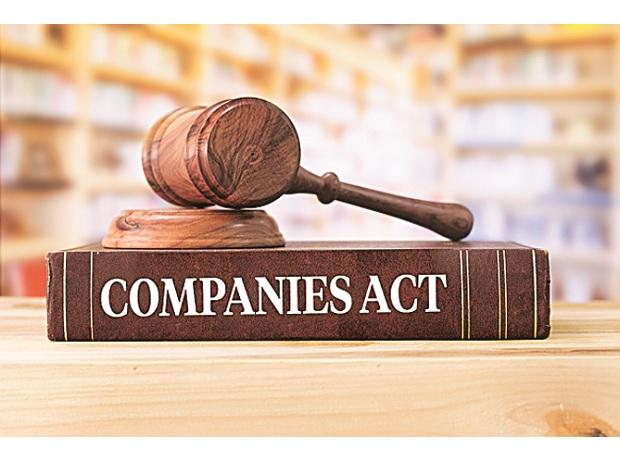 The Gujarat High Court recently exonerated the Directors of a Company, undergoing liquidation, over their failure to submit the Statement of Affairs of the Company with the Official Liquidator within stipulated period of 21 days from the date of winding up, under Section 454 of the Companies Act, 1956.

Whereas the alleged delay in filing the statement was of 3 years, Justice Bhargav Karia stated that However taking into consideration the prevailing condition of Covid -19 Pandemic in the year 2020 and 2021, it can be said that the accused persons have committed default for not filing Statement of Affairs for more than one year.

The reason for not filing Statement of Affairs in time was that the possession of the property was admittedly not with the accused person, as it was taken over by the Official Liquidator, the Bench noted further.

The Court was hearing a criminal complaint filed by the Official Liquidator under Section 454 of the Companies Act against the Accused persons (Directors of Neelandan Polymers Limited) for not filing the statement of affairs within the stipulated time.

If any person, without reasonable excuse, makes default in complying with any of the requirements of this section, he shall be punishable with imprisonment for a term which may extend to two years, or with fine which may extend to one hundred rupees for every day during which the default continues, or with both.

The High Court had passed an order in 2018 to wind up the Company pursuant to the communication by the Registrar of the Board for Industrial and Financial Reconstruction in accordance with Section 16 of the Sick Industrial Companies (Special Provision) Act, 1985. The Official Liquidator was appointed by the High Court to take possession of the assets of the Company. Notice was issued to Accused Nos. 1 and 4 but the Accused failed to file the statement of affairs with the Official Liquidator as mandated by Section 454. A subsequent notice was issued for recording their statement under Rule 103 of the Company Court Rules 1959 but the same was not replied to by the Liquidator.

The Accused persons contested that there was no wilful or intentional motive for not filing the Statement of Affairs. Per contra, the Official Liquidator submitted that despite several notices being issued since 2018, the Accused persons were not present even for the recording of statement under Rule 103. No explanation was issued for committing this default in complying with Section 454.

Taking note of the allegations levelled against the Accused persons by the Official Liquidator, the Bench remarked that the Accused had filed the statement of affairs after three years. However, taking into account the prevailing condition due to the pandemic, it could not be said that they had committed default for more than one year. The affidavit filed by Accused No.1 also showed that the possession of the property was not with the Accused person.

Considering the explanation offered by the accused, the Court opined that in the interest of justice, the Accused persons must make payment of Rs. 50,000 with the office of the Official Liquidator for non-compliance of Section 454 within 4 weeks. However, they were exonerated from any commitment of default under Section 454.