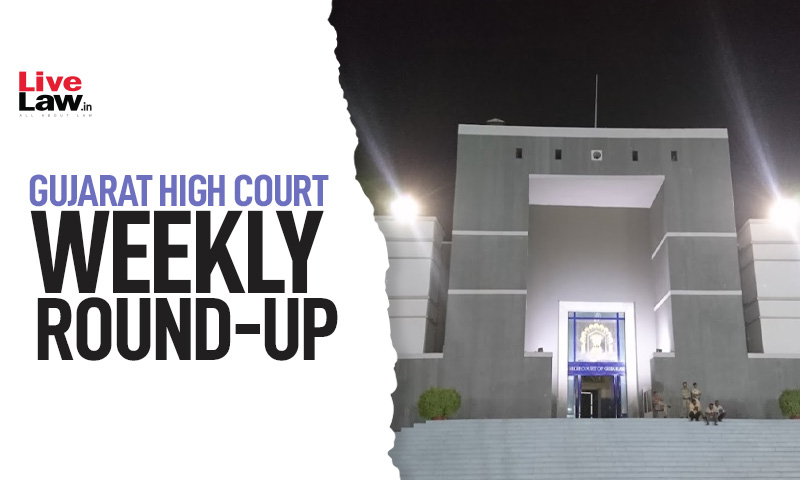 While allowing a revision application under Section 397 of CrPC seeking quashing of a judgement convicting the Petitioner under Section 138 of Negotiable Instruments Act, the Gujarat High Court reiterated the distinction between Sections 482 and Sec 320 of the Code.

Section 320 CrPC prescribes power of Court to compound certain offences. Section 482 CrPC is inherent power of High Court. The Bench of Justice Samir Dave emphasized that compounding of offences is not the same as quashing. It reiterated:

"In compounding of offences, power of a criminal court is circumscribed by the provisions contained in Section 320 and the court is guided solely and squarely thereby while, on the other hand, the formation of opinion by the High Court for quashing a criminal offence or criminal proceeding or criminal complaint is guided by the material on record as to whether the ends of justice would justify such exercise of power although the ultimate consequence may be acquittal or dismissal of indictment."

Reimbursement Of Medical Claim By Govt Employees Should Not Be Denied Mechanically: Gujarat High Court Reiterates

The Gujarat High Court has reiterated that a Government employee is entitled to avail the benefits of medical facilities without any fetters, and that their claim for reimbursement should not be denied by the State mechanically.

The Bench of Justice Biren Vaishnav extensively relied on the decision of a Coordinate Bench in Chanrakant Kantilal Dave v. State of Gujarat to order full reimbursement of expenses borne by the Petitioner herein during his Angioplasty. The bench reiterated:

"It is a settled legal position that the Government employee during his lifetime or after his retirement is entitled to get the benefit of the medical facilities and no fetters can be placed on his rights. It is acceptable to common sense, that ultimate decision as to how a patient should be treated vests only with the Doctor who is well versed and expert both on academic qualification and experience gained. Very little scope is left to the patient or his relative to decide as to the manner in which the ailment should be treated."

The Gujarat High Court has made it clear that where any private school is de-recognized, the District Educational Officer is required to take steps for declaring the eligible school staff as 'surplus' and absorb them in other schools.

The clarification comes in light of a State policy that whenever the employees of private secondary school are required to be retrenched either due to the closure of classes or due to the closure of school, if they fulfill the criteria prescribed in the G.R.s then they are not required to face actual termination, but by declaring them surplus Government of Gujarat extends protection to their services and they are absorbed in any other aided registered private secondary school.

[Anganwadi Promotions] Date On Which Procedure Commences & Not When Resolutions Are Framed Is Relevant For Deciding Entitlement: Gujarat High Court

The Gujarat High Court has dismissed a petition filed by Anganwadi workers alleging that they were not promoted to the post of 'Mukhya Sevika' on account of discrimination between those working at the District Panchayat level and those working under the Municipal Corporation.

It was alleged that Anganwadi Workers from District Panchayats were elevated to the aforesaid post while those from the Municipal Corporation were deemed ineligible.

The Gujarat High Court has held that the power of Court to direct further investigation under Section 173(8) of CrPC is available only up to "pre-trial stage" and once the trial commences, such power cannot be exercised. Justice Ashokkumar Joshi also reiterated:

"It is trite principle of law that with a view to fill up the lacunae in investigation, such powers of directing further investigation cannot be exercised…"

The Gujarat High Court has held that where the disengagement of workmen by an employer is under dispute, the former claiming illegal termination and the latter asserting voluntary resignation arrangement, the Labour Court may direct deposit of ex-gratia amount in the interim.

Justice Biren Vaishnav thus upheld a Labour Court's decision directing the workmen to deposit the ex-gratia amount until final disposal of the dispute between the parties.

The Gujarat High Court expressed strong displeasure at the detaining authority under the Gujarat Prevention of Anti Social Activities Act, 1985 for passing numerous detention orders "day in and day out" by merely relying on "stale material" against a person.

The Gujarat High Court directed the State authorities to reimburse the medical expenses for the pacemaker implantation undergone by a retired primary school teacher ('Petitioner'), observing that medical reimbursement is a right guaranteed as a right to life.

The Bench of Justice Biren Vaishnav held that the Petitioner would be entitled to reimbursement under Gujarat Civil Service (Medical Treatment) Rules, 2015.

The Gujarat High Court has recently cautioned the Fee Revisional Committee ('FRC') that it should keep in mind the fundamental rights of the Self-Financed Schools under Article 19(1)(g) to run and charge fees as they deem fit.

While the FRC must see that such fee does not amount to profiteering by schools, it cannot 'sit in the chair of the Management' to determine the fee structure because each school has its own unique method of imparting education, Justice Bhargav Karia said.

The Gujarat High Court declined to exercise its extraordinary writ jurisdiction in a petition seeking equal distribution of compensation as per Sec 31(2)(b) in the Right to Fair Compensation and Transparency in Land Acquisition, Rehabilitation and Resettlement Act, 2013.

The Bench comprising Chief Justice Aravind Kumar and Justice Ashutosh Shastri observed that the Petitioners alleging mischief on behalf of the State authorities should have initiated proceedings before appropriate forum when they first became aware of the mischief. However, the instant petition was filed a year later without cogent material or clear pleadings.

The Gujarat High Court has made it clear that civil courts have no jurisdiction to entertain and decide the question about citizenship of a person and that the said question falls within the exclusive domain of the Central government.

Justice Nisha Thakore held thus in context of Section 9(2) of the Citizenship Act 1955 which provides that question whether any citizen of India has acquired the citizenship of another country shall be deter­mined by the prescribed authority.

The Gujarat High Court has reiterated that a person working in "supervisory" capacity cannot raise an industrial dispute under the Industrial Disputes Act, 1947.

The Bench comprising Justice AY Kogje further made it clear that while deciding whether such person is a workman or not, the Labour Court ought to carefully consider the evidence placed on record and there is no exhaustive list of work to differentiate between the workman and the management employee.

The Gujarat High Court has declined to intervene in a writ petition seeking reinstatement with full backwages and benefits filed by an Assistant Professor against the Sabarmati University, a private university. Justice Bhargav Karia clarified that the dispute regarding termination was 'in the realm of a private contract' and therefore, held:

"…if at all there is an alleged arbitrary action on the part of the respondent, the same would give cause to the petitioner to initiate civil action before the Civil Court but in the facts of the present case, the writ petition against the private educational institution governed by the Gujarat Private Universities Act, 2009 would not be maintainable."

The Gujarat High Court has directed the Central Board of Indirect Taxes and Customs (CBIC) to refund the Integrated Goods and Service Tax (IGST) on ocean freight within six weeks along with the statutory rate of interest.

The division bench of Justice N.V. Anjaria and Justice Bhargav D. Karia has relied on the decision of the Supreme Court in the case of Mohit Minerals Pvt. Ltd. vs. Union of India in which GST on ocean freight was struck down.

The Gujarat High Court has struck down the order of the Labour Court which had held that the Respondent-workman was entitled to reinstatement along with 20% backwages in the Petitioner-institute. The High Court, after perusing, Form No. 16A which pertains to Tax Deducted at Source, concluded that the Respondent was being paid consultant fees and not a salary. The same had been ignored by the Labour Court.