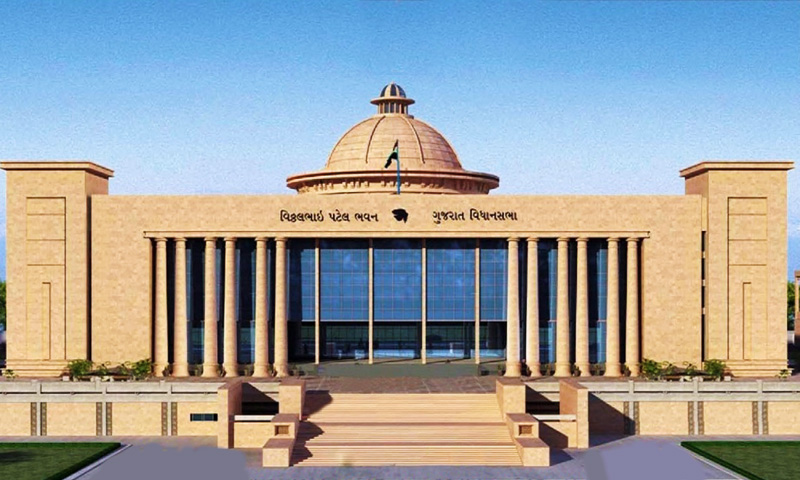 The resolution termed the enactment as a 'Historic decision' and also said that it does not affect the citizenship of any person, including the minority community of India.

The Act, the resolution said, will bring stability and prosperity to the lives of the minority communities of Pakistan, Afghanistan and Bangladesh who are in India due to religious persecution faced by them in those countries. The resolution was moved by Minister Pradeepsinh Jadeja.

The resolution reads: "Prime Minister Narendra Modi and home minister Amit Shah have shown far-sightedness by taking a bold and historic decision to amend the Citizenship Act by which Hindus, Sikhs, Jains, Buddhists, Christians and Parsis of three neighbouring countries will be able to get Indian citizenship. Some "anti-nationals" and political parties opposing it were silent on the persecution of religious minorities in Pakistan, and spreading rumours that the CAA will take away the citizenship of the members of the minority community in India." (Source: ToI)

The opposition led by the Congress Party opposed the resolution. The resolution was passed with a majority.

On December 31, 2019, the Kerala Legislature has passed a resolution requesting the Central Government to repeal the Citizenship Amendment Act, 2019. The resolution stated that the CAA is against the principles of Secularism and Equality doctrine, which are parts of basic structure of the Constitution of India.

It is pertinent to mention that, more or less like in the Kerala Case, the Rules of Procedure of the Gujarat Legislative Assembly provides that resolution shall not be admissible if it refers to a matter which is under adjudication by a court of law. Whether to admit a resolution or not is ultimately the discretion of the Speaker, as per the Rules.