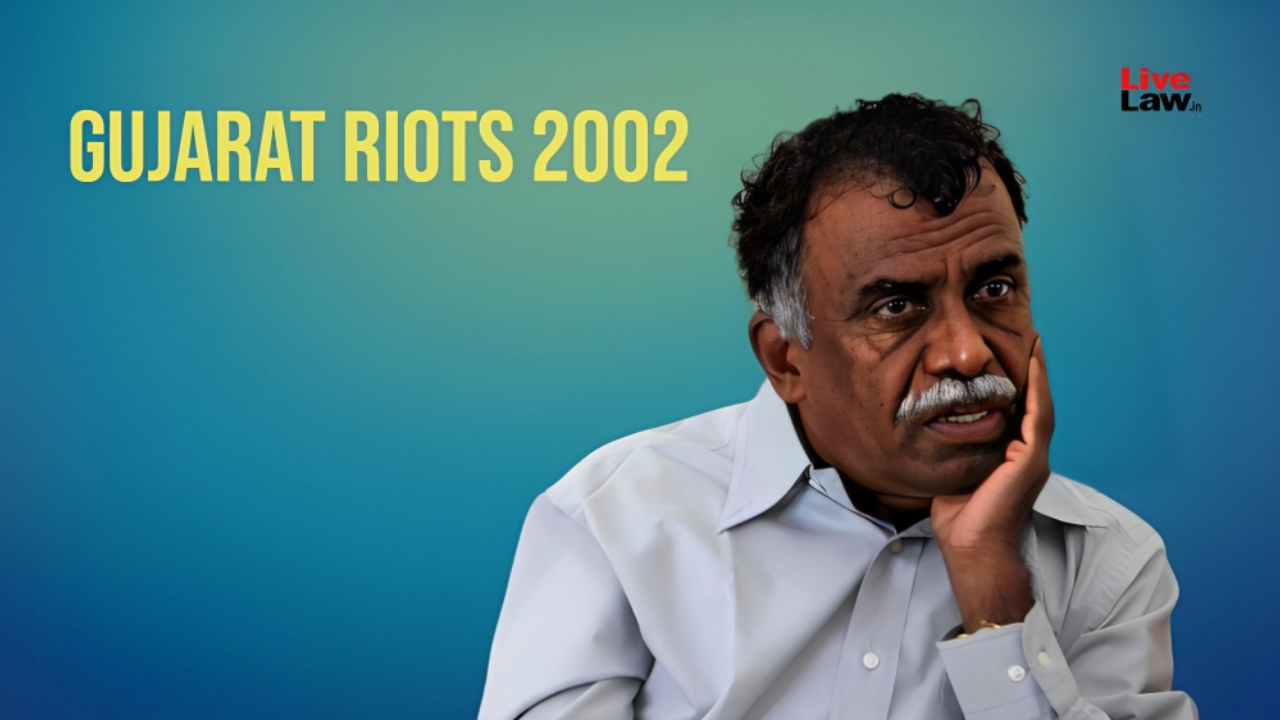 The Gujarat High Court today ordered that its order granting interim bail, on September 29, to retired DGP RB Sreekumar, in connection with the Gujarat Riots Case, would continue for a further period of 2 months pending disposal of his regular bail plea by the High Court.

Earlier, he was granted bail until November 25 pending disposal of his regular bail plea by the Sessions Court. In the meantime, his bail plea was rejected by the lower court and thus he has now moved to the High Court seeking bail and pending disposal of the same, he also moved the instant interim bail plea.

For context, Ex-DGP Sreekumar was arrested in June this year in connection with an FIR by the Gujarat Police on the charges that he conspired to falsely implicate innocent persons in connection with the 2002 Gujarat riots. He has been booked under Sections 468, 471, 194, 211, 218, and 120B of IPC.

Earlier on September 29 this year, the Gujarat High Court had granted him interim bail until November 15 so as to enable him to move to the Sessions Court with a fresh bail application.

Now, submitting that a charge sheet has been filed in the matter, the Counsel for the application argued that he has not misused his liberty and he suffering from age-related medical issues and therefore, he may be enlarged on interim bail for a period of three months as his bail plea before the High Court would take considerable time.

Consequently, keeping in view the fact since 28.09.2022, the applicant is on interim bail and has not misused his liberty, and has duly complied with the bail conditions, the Court ordered to enlarge him on interim bail for a period of two months from today on the same terms and conditions, which were earlier imposed by the Court. The matter has now been posted for further hearing on January 23, 2023.

Ex-DGP Sreekumar, a 1971 batch IPS officer, who is originally from Kerala and was the ADGP in charge of the armed unit in Gujarat during the Godhra incident, was arrested along with social activist Teesta Setalvad on a complaint filed by an Ahmedabad crime branch official alleging them of conspiring to falsely implicate innocent persons.

The complaint filed by inspector D B Barad of the Ahmedabad crime branch states that Setalvad, Bhatt, and Sreekumar had conspired to abuse the process of law by fabricating false evidence to make several persons to be convicted in an offence that is punishable with capital punishment.