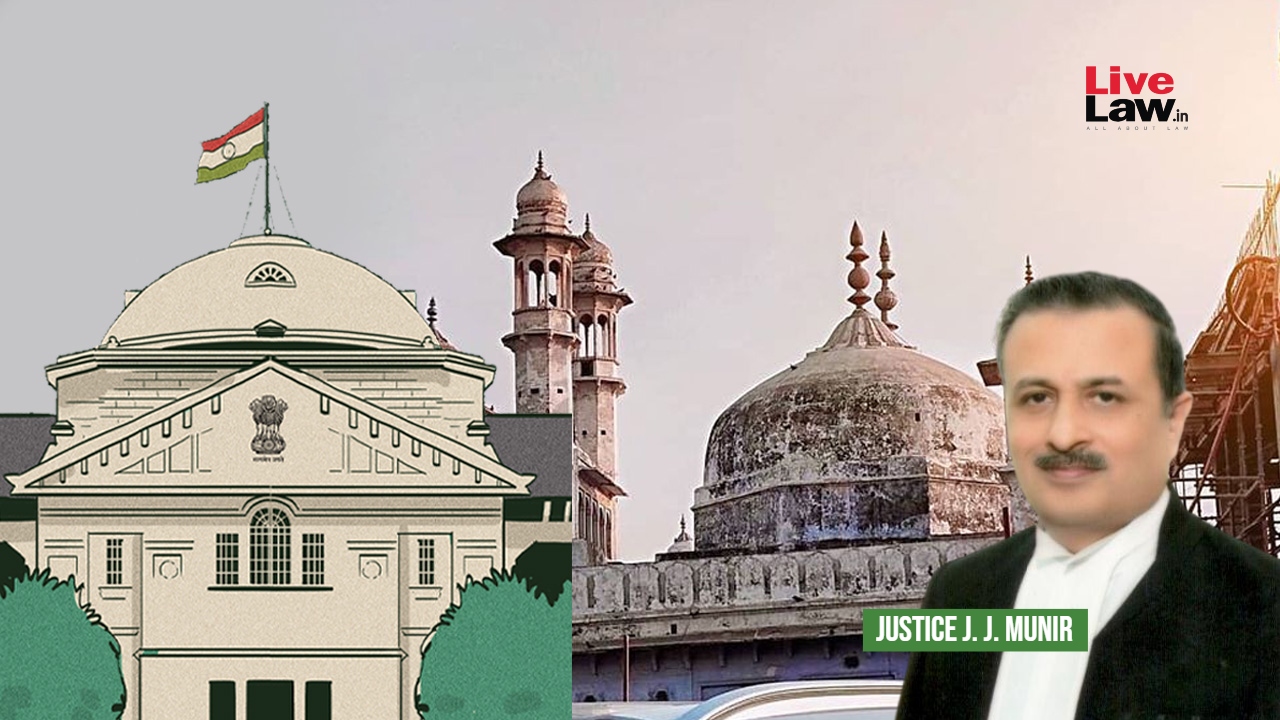 In a revision plea challenging Varanasi Court's September 12 order in the ongoing Gyanvapi dispute, the Allahabad High Court has directed the District Judge, Varanasi to ensure that the entire records of the Hindu worshippers' suit are sent to the HC by the day after tomorrow (October 21).

It may be noted that the instant revision plea has been moved by the Gyanvapi Masjid Committee challenging a Varanasi Court order (of September 12, 2022) dismissing its Order 7 Rule 11 CPC plea that was filed against the maintainability of Hindu Worshippers' suit.

Pursuant to the High Court's October 17 order, the Lower Court Records relating to the order of the District Judge, Varanasi was available before the Court today, however, the Masjid committee argued before the bench of Justice J. J. Munir that the entire records of the suit are necessary for the proper adjudication of the issues involved in this revision.

Consequently, the District Judge, Varanasi was directed to ensure that the entire records of the suit (except photostat copies which have already been sent) are sent to the High Court by the day after tomorrow.

The #AllahabadHighCourt today heard arguments of the #GyanvapiMasjid Committee in a revision plea moved by it challenging a #VaranasiCourt order in favor of the maintainability of Hindu Worshippers' suit.
Next date of hearing: October 21, 2022.#gyanvapimasjidcase pic.twitter.com/iQwvKksDCM
— Live Law (@LiveLawIndia) October 19, 2022

It may be noted that the Varanasi Court last month dismissed the Anjuman committee's plea (filed under Order 7 Rule 11 CPC) challenging the maintainability of a suit filed by five Hindu women (plaintiffs) seeking worshipping rights in the Gyanvapi Mosque compound.

In its order, the Varanasi District Judge Ajay Krishna Vishwesha last month observed that the suit of the plaintiffs is not barred by the Places of Worship (Special Provisions) Act, 1991, The Waqf Act 1995, and the U.P. Shri Kashi Vishwanath Temple Act, 1983 as was being claimed by the Anjuman Masjid Committee (which manages Gyanvapi Masjid).