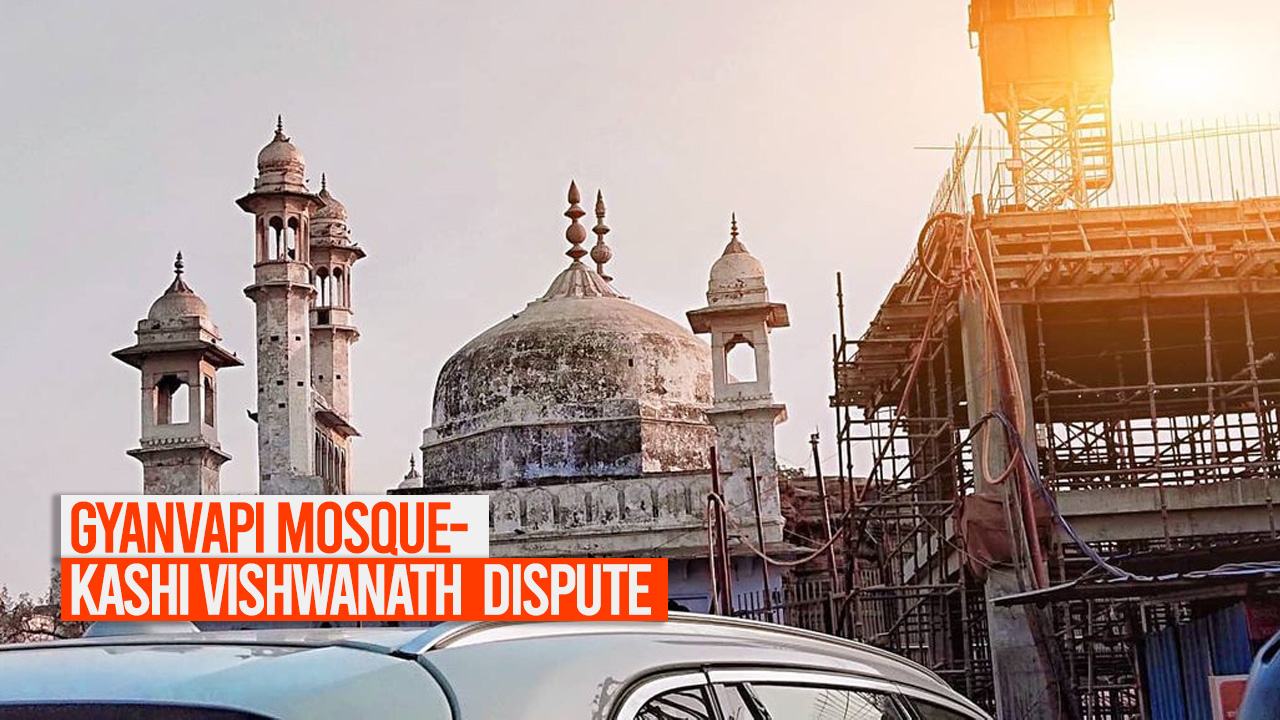 A Hindu worshipper has filed a caveat before the Allahabad High Court in connection with the Gyanvyapi Mosque Case. The caveat has been moved by Woman worshipper Rekha Pathak who is the first petitioner in the suit filed before the Varanasi Court by five Hindu women (plaintiffs) seeking worshipping rights in the Gyanvapi Mosque compound.

#JustIn
Hindu worshipper Rekha Pathak files a caveat in the #AllahabadHighCourt in connection with the #GyanvyapiMosqueCase.
The plea prays that the caveator should be allowed to oppose the revision/interim relief plea against the #VaranasiCourt order in the #GyanvapiCase. pic.twitter.com/vlaHQAQLmC
— Live Law (@LiveLawIndia) September 14, 2022

The Caveat states that if any revision plea is moved before the Allahabad High Court by the Anjuman Islamia committee's plea challenging the September 12 order of the Varanasi Court wherein the Court had found the suit of the Hindu worshippers to be maintainable, then the caveator must be given an opportunity of hearing so as to oppose the plea of the proposed revisionist

"It is, therefore most respectfully prayed that let nothing be done if any revision or any other proceeding is instituted against the order dated 12.09.2022 passed by the learned District Judge, Varanasi in Civi Suit no: 18 of 2022 ( original Suit no: 693/2020) and further this Hon'ble Court may graciously be pleased to direct that the counsel for the Proposed Opposite Party to serve the copy of the instant Civil Revision, ( Under section 115 of Code of Civil Procedure), along with its annexure and stay application, if any, to the counsel for the Caveator/Applicant/Proposed Opposite Party and further be pleased to allow the opportunity of hearing to the caveators/applicants/Proposed Opposite Party and enable the counsel for the caveator to oppose the admission of the revision and the application for the interim relief ( If any filed) before passing any interim or final order in the aforesaid matter which may be filed before this Hon'ble Court"

The Caveator has also stated that she is the affected party hence she may be heard in opposition to any Civil Revision plea (Under Section 115 of The Code of Civil Procedure) seeking a stay of the impugned order of the Varanasi Court (September 12, 2022) in the interest of justice otherwise they would suffer irreparable loss and injury.

Regarding the applicability of the Places of Worship (Special Provisions) Act, 1991 as a bar to the suit filed by the Hindu women worshippers, the Court has specifically held that since the Hindu Worshippers claim that the Hindu deities were being worshipped by them inside the masjid complex even after August 15, 1947 (which is the cut off date provided under the Places of Worship Act), therefore, this act will have no applicability here in this case.

Here it may be noted that the provisions of the 1991 Act make it clear that all places of worship existing in the country will remain as they were on August 15, 1947, and cases seeking conversion of a place of worship to that of another religion or faith "shall abate."

In this regard, the Court noted that the plaintiffs (Hindu Women Worshippers) are claiming only the right to worship at the disputed property and that they want to worship Maa Shringar Gauri and other visible and invisible deities with the contention that they worshipped there till the year 1993.