Gyanvapi Mosque Survey Videos, Pics Not To Be Made Public Without Court's Permission: Varanasi Court 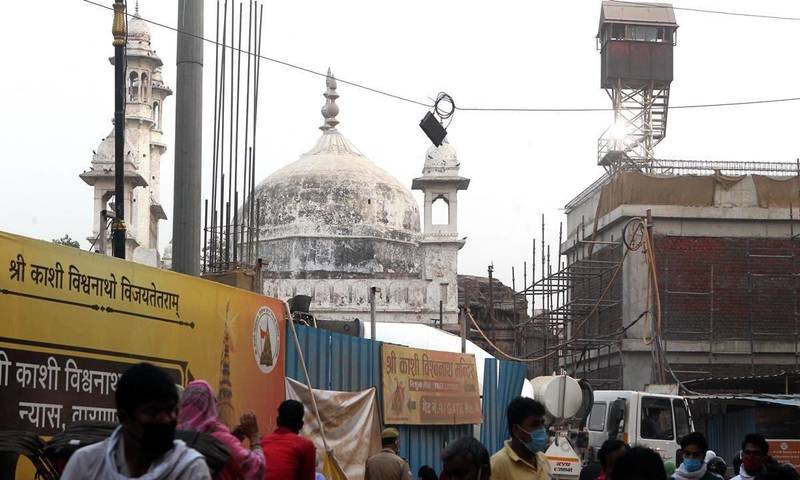 The Varanasi Court yesterday allowed the parties to the ongoing Kashi Vishwanath-Gyanvapi Mosque dispute to get the copies of the videos and photographs taken by the Court-appointed survey commission. The Survey report, videos, and pictures were submitted in court on May 19.

The Court's May 30 order came with a caveat that in view of the sensitivity of the case, the videos and photographs shall be used by the parties to the dispute only for filing objections against the commissioner's report and without the permission of the court, photographs and videography will not be made public.

The Court had also made it clear that the parties in the suit only shall be provided with copies of videography and photography and the parties will also have to submit an undertaking/undertaking that it shall not be shared publically, or for unauthorized use without Court's permission.

This order had come on an application moved by the 5 Hindu women worshippers/Plaintiffs seeking copies of the commission's videography and photography. However, the Masjid Committee had opposed the demand to make the videos public.

Significantly, the Plaintiffs were handed over the video CDs yesterday, after they had given an undertaking that they shall not make it public sans court's permissions. However, shortly after submitting the report, the videos and images got leaked and the survey videos went viral. Many media portals displayed the contents of the survey videography on their news channel.

In related news, the Varanasi District Court yesterday heard the Order 7 Rule 11 CPC application filed by the defendants (including the Anjuman Islamia committee) questioning the maintainability of the suit filed by five Hindu women (plaintiffs) over the Gyanvapi Mosque-Kashi Vishwanath temple dispute seeking a right to worship the Hindu deities inside the masjid premises.

District Judge Dr. Ajay Krishna Vishwesha has posted the matter for the next hearing on July 4.