District Magistrate Who Was Allegedly Responsible For Post-Midnight Cremation Of Hathras Victim, Transferred By UP Govt 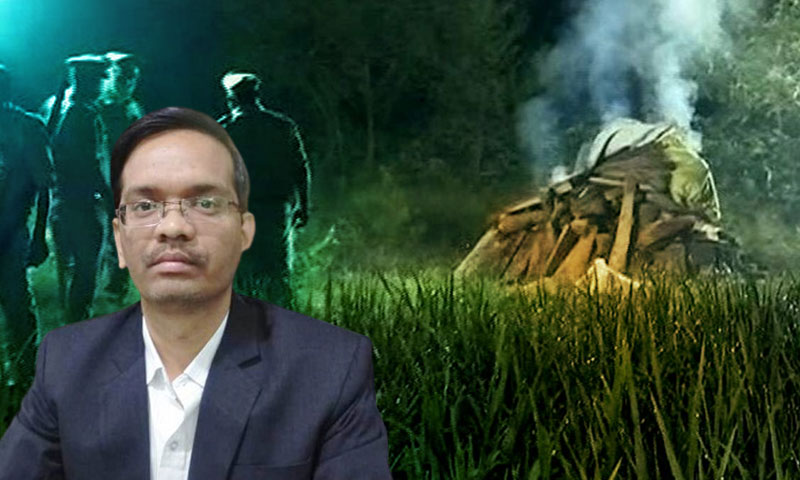 The Uttar Pradesh Government on Thursday (31st December) transferred, along with 16 other IAS officers, Hathras District Magistrate Praveen Kumar Laxkar (who was allegedly responsible for past-midnight cremation of Hathras Rape Voctim) to Mirzapur in the same capacity. Ramesh Ranjan, the Joint managing director of UP Jal Nigam, has been made the new District Magistrate...

The Uttar Pradesh Government on Thursday (31st December) transferred, along with 16 other IAS officers, Hathras District Magistrate Praveen Kumar Laxkar (who was allegedly responsible for past-midnight cremation of Hathras Rape Voctim) to Mirzapur in the same capacity.

Ramesh Ranjan, the Joint managing director of UP Jal Nigam, has been made the new District Magistrate of Hathras.

Mr. Laxkar's role in the handling of a 19-year-old Dalit woman's case, who died after being brutally raped by four men was heavily criticized from several quarters including the Allahabad High Court and he had faced flak for the hurried late-night cremation of the Victim.

Importantly, dissatisfied with the reasons given by the UP administration for hasty cremation of the body the Dalit woman, the Allahabad High Court had, in October, 2020, expressed its displeasure on the entire incident and had deprecated the local authorities for violating the victim and her family's human and fundamental rights.

It is important to note that the Allahabad High Court had specifically asked the Senior Counsel appearing for the State Government as to whether it was fair and reasonable to allow the District Magistrate to continue at Hathras during pendency of the investigation as also these proceedings before it regarding illegal cremation etc. when he was in the thick of things?

In response to this, before the Bench of Justice Pankaj Mithal and Justice Rajan Roy, the State Government had attempted to justify the cremation of the victim in the night & it was specifically contended that the District Magistrate did not commit any wrong in this regard.

Stating reasons for the same he submitted before the Court:-

Firstly, that a political game is being played and the transfer of District Magistrate has been made a political issue by political parties with oblique motive so as to exert political pressure.

Secondly, he submitted that there is no question of the District Magistrate tampering with the evidence relevant to the investigation.

Thirdly, security of the family is now in the hands of the C.R.P.F. with which the State Government and its authorities have no concern.

Fourthly, the investigation itself is being conducted by the Central Bureau of Investigation and here also the State Government does not have any role.

As per the report of The Hindu, responding to the transfer, the victim's brother said he didn't consider it a step towards justice. "We had demanded his termination and we would continue to raise the demand before the court," he said.

The victim's sister-in-law said Mr Laxkar didn't deserve to be district magistrate of any district. "The daughters of Mirzapur would not feel safe. After burning the body of our daughter like an unidentified person, he tried to explain to us that there was nothing unusual in it. That too sitting in our courtyard," she said.