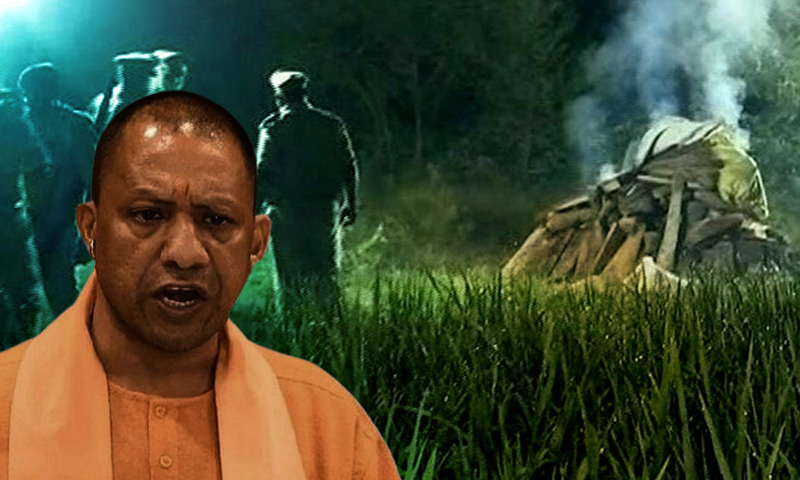 The Allahabad High Court on Monday (11th January) granted protection from arrest to a man (Neeraj Kishor Mishra) who, while protesting against the Hathras gang-rape incident, allegedly said that Chief Minister (of Uttar Pradesh) is "man of thick skin". The Bench of Justice Anjani Kumar Mishra and Justice Shekhar Kumar Yadav was hearing Mishra's plea seeking quashing of FIR...

The Allahabad High Court on Monday (11th January) granted protection from arrest to a man (Neeraj Kishor Mishra) who, while protesting against the Hathras gang-rape incident, allegedly said that Chief Minister (of Uttar Pradesh) is "man of thick skin".

The Bench of Justice Anjani Kumar Mishra and Justice Shekhar Kumar Yadav was hearing Mishra's plea seeking quashing of FIR registered under Sections 153-B (2), 505 (2) I.P.C., with a further prayer not to arrest him pursuant to the said FIR.

The allegation made in the FIR is that an incident happened on 01st October 2020 at about 6.00 pm in District Hathras in respect of rape of a girl (Hathras Rape Case).

It has been alleged in the FIR that "Balmiki Samaj" created disturbance by giving speeches by saying that police is inactive and tricky.

The counsel for the petitioner submitted before the Court that none of the offences as enumerated in the impugned first information report dated 11.12.2020 is made out.

Significantly, it was further submitted by the petitioner's Counsel that in democratic country, agitating against ruling party, is the Constitutional right of leaders of opposition and, therefore, agitation of petitioner, on the issue of rape of a girl of "Balmiki Samaj" couldn't be termed as hatred or ill-will between different religious racial, hence, no offence under Section 153 -B (2) and Section 505 (2) I.P.C. is made out.

Noting that matter requires consideration, the Court issued notice to the State of Uttar Pradesh and granted it time to file counter affidavit within four weeks.

"Till the next date of listing or till the submission of police report under Section 173 (2) Cr.P.C., whichever is earlier, the petitioner shall not be arrested in impugned first information report dated 11.12.2020 registered as Case Crime No.368 of 2020, under Sections 153-B (2), 505 (2) I.P.C., subject to petitioner's co-operation in the investigation."

The Dalit woman from Hathras District was allegedly gang-raped by four upper-caste men in Hathras on 14th September 14 last year. She died on September 29 at Delhi's Safdarjung Hospital during treatment.

It may be noted that the way police handled this case - particularly the late-night cremation of the victim allegedly without the family's approval - led to angry protests across the country.

The Central Bureau of Investigation (CBI) last month filed a chargesheet against the four accused in the Hathras gangrape and murder case at a local court in Hathras.

In the charge sheet, the CBI has invoked charges of gang rape (sections 376, 376-A and 376-D IPC) and murder (section 302 IPC), against all four accused (Sandeep, Luvkush, Ravi and Ramu), besides also invoking sections of the SC/ST Act.