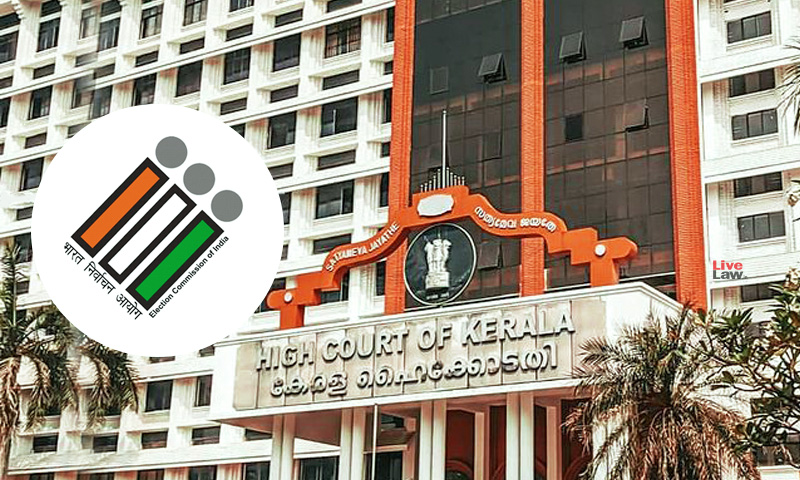 In a Statement presented before the High Court today, the Election Commission has submitted that it has taken all possible steps to ensure that the sanctity of the electoral roll is maintained, and no person is allowed to cast an unauthorized vote in the upcoming Kerala Legislative Assembly elections. The Commission's statement is a response to a petition filed by Kerala Leader of...

In a Statement presented before the High Court today, the Election Commission has submitted that it has taken all possible steps to ensure that the sanctity of the electoral roll is maintained, and no person is allowed to cast an unauthorized vote in the upcoming Kerala Legislative Assembly elections.

The Commission's statement is a response to a petition filed by Kerala Leader of Opposition Ramesh Chennithala alleging the existence of bogus voters and double entries of voters in the electoral rolls prepared by the Election Commission.

A Bench of Chief Justice S Manikumar and Justice Shaji P Chaly is seized of the matter presently.

Pursuant to an intensive analysis of data provided by political parties on the issue of multiple entries, out or 316671 entries, as on today, the Commission has been able to identity only 38586 DSE in respect Legislative Assembly constituencies in the State, the Commission informs the Court via this statement.

In its statement filed by the Commission's Standing Counsel Deepu Lal Mohan, the Commission lays out the procedure for the alteration of the electoral list. Submitting that the electoral roll is dynamic to make provision for the migration/deletion of voters and new entries, it is stated that the process of deleting entries is far more stringent. This is so as to avoid any wrongful deletion which may deprive an eligible elector from his voting right, the Commission's statement explains.

One example of how a double vote is created is where there are instances of an elector getting enrolled at his new residence while not applying for deletion at the old address, the Statement reveals.

To overcome these difficulties, the Commission details certain steps to ensure no voter places more than one vote,

The Commission places on record that it has been receiving complaints about wrongful deletions.

To prevent such instances from repeating, extra safeguards have been put in. For this reason, in all cases where it is proposed to delete an electoral entry, Form-7 is a must. The test/verification will be carried out by EROs, supervised and checked by Deputy DEO/DEO/Roll Observer and Chief Electoral Officer.

Significantly, the Commission places on record that all deletion lists proposed as well as final are shared with political parties and posted on the website.

A software is used to generate and flag DSEs, lists of which would be handed to the State or Union Territory Chief Electoral Officers. After a physical verification by booth level officers, the lists are updated.

Past experience shows that not all these turn out to be duplicates as in several instances different electors are having same names, father's name, age & gender and hence cannot be deleted. These are marked as Non-DSE in the system (i.e. these are different electors and should not be flagged again as DSE in future).

To ensure that DSEs that persist and creep in after the electoral rolls are frozen are not allowed to vote more than once, another mechanism is used to generate a list of Absentee, Shifted and Duplicate/Dead Voters to prevent personation (ASD list), the Statement lays out.

"If any person listed in the ASD list turns up for voting, his identity has to be verified thoroughly before allowing the person to vote. At the polling Station, such elector would be required to prove his/her identity by producing either EPIC or any of the alternative documents prescribed by the Commission for identificaltion. Besides, thumb impression of such elector would mandatorily be taken in Register of Voters (Form 17A). Extra precautions have been prescribed to be taken at the polling station so as to ensure that those found in ASD list could not vote more than once. Further as an abundant caution all DEOs have been instructed to capture photographs of all ASD voters."

It is revealed that in Kerala, the electoral list for the upcoming election was frozen on March 19, 2021.

Averring that the Commission has taken all steps to ensure no voter votes more than once, the Commission prays for suitable direction from the Court.

As a rejoinder to the statement, Chennithala through his counsel Advocate Asaf Ali sought the following measures to be taken in addition to those listed by the Commission:

- Those persons who have been found to have more than one vote have to communicate to the Commission where they intend to vote.

- All Photographs already uploaded should be examined by use of a software.

- Those who currently have two votes have to upload their photos in the Commission server.

Pertinently, at the previous hearing of the case yesterday, the Court recorded a finding that there was prima facie material to demonstrate discrepancies in the final voters list prepared by the Election Commission of India (Commission).

In this context the Bench ruled,

"We are of the view that a voter should be permitted to cast only one vote, wherever his name is registered."

Therefore the Court ordered the Commission to ensure that there is no double voting by any voter with sufficient State / Central force posted at all voting places, to ensure fair and democratic election.