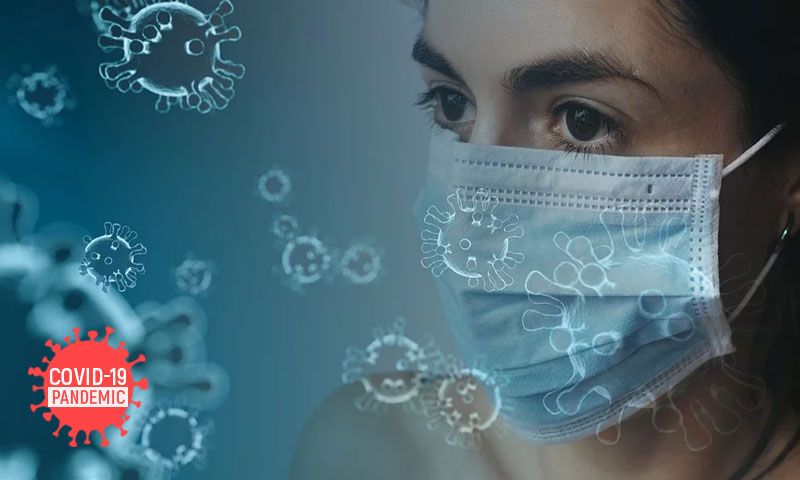 The Karnataka High Court has directed the state government to disclose whether it has ascertained as a measure of preparedness, the total requirement of masks of various categories and PPE kits and what is the action plan of the State to procure the equipment.

A division bench of Chief Justice Abhay Oka and Justice B V Nagarathna heard a bunch of petitions on Tuesday through video conference. Among them was an email application filed by Dr Zeenath, Professor and HOD of Department of Pathology in Employees' State Insurance Hospital, Kalaburagi. She stated that the hospital staff is not even provided with masks. In fact, she pointed out that some of the staff members were present in the room in the said ESI hospital where COVID-19 positive patient had visited before he was tested positive

Another application was made by staff members such as ASHA, ANM, Health workers working in Bidar District check-post pointing out that they have not been provided masks, hand sanitizers, hand gloves and PPE kits.

"While the State has given figures of available stock of N-95 Masks, Triple Layer Masks, Personal Protection Equipment (PPE) Kits and Sanitizer bottles, the State has not disclosed what is the existing requirement of these items in the State. The State must disclose before the court whether it has ascertained as a measure of preparedness, the total requirement of masks of various categories and PPE kits and what is the action plan of the State to procure the equipment. The State will have to clarify whether PPE kits can be made available at cost to private hospitals and private clinics. The State must make a statement whether masks, PPE kits and sanitizers have been made available to all the public hospitals."

The court also called for district-wise breakup of the cases which are tested positive for COVID-19. Details of the location of laboratories which are authorized to test and diagnose people for COVID-19. Efforts made to make available more laboratories. District-wise break up of Isolation beds and Intensive Care Unit (ICU) beds with 740 ventilators. The State must also disclose whether all the existing ventilators are functioning and whether adequate technical personnel are available to operate the ventilators. The State must also disclose whether any study is made to ascertain how many ventilators are needed in the State and whether any effort is made to procure additional ventilators and to make arrangements for additional isolation beds.

The court directed Secretaries of the respective District Legal Services Authorities to visit some of the Public Health Centers (PHCs) on random basis in their respective jurisdictions and submit a report on the functioning of the PHCs.

The Karnataka State Legal Aid Services Authority, informed the court about disturbing features of the status of the migrant workers in the city of Bengaluru. It was told that the Secretary, the Chairman of the District Legal Services Authority and Member Secretary, visited some parts of Bengaluru city. They found that more than 2000 persons had assembled in and around Majestic Railway Station and Balepet Circle. They were not maintaining social distancing. They are not being provided with any shelter and the facility of toilets is not made available to them and they are not getting food regularly.

Further, it directed BBMP to take immediate steps to set up shelters for migrant workers and to ensure that all facilities are made available to them. Merely setting up of shelters for the migrants will not suffice. BBMP with the help of Government Officers will have to locate migrants who are on the streets in different parts of the city and ensure that by setting up an adequate number of shelters, all of them are immediately accommodated in the shelters.

The bench was also informed about a report appeared in Times of India, where it was reported that the State Government has given permission to hold Bengaluru Karaga Festival on Wednesday night (08th April, 2020) and there will be a large congregation of people to celebrate the festival. The State government said that no such permission has been granted by the State Government or by Police Commissioner of City of Bengaluru and that the report in the newspaper is incorrect.

The bench reminded the government about the Union Ministry of Home Affairs, order dated March 24, declaring of the 21-day lockdown, which also imposes a complete ban of all categories of religious congregations and other gatherings, without any exception. The Bench said "It is not out of place to mention here that it is an established fact that mass congregations lead to spread of Coronavirus. It is for these reasons we have taken a serious cognizance of the report published in the Times of India newspaper today. We direct the State Government to scrupulously implement and enforce the guidelines contained in Clauses (9) and (10). The State Government shall show zero tolerance to the breach of the said two guidelines and the law enforcing machinery must come down with heavy hands in cases where there is a violation."
Click Here To Download Order
[Read Order]
Next Story
Similar Posts
+ View more
Webinars
+ More
Law Firms
+ More
Latest News
+ More
लाइव लॉ हिंदी
+ More
International
+ More
Environment
+ More