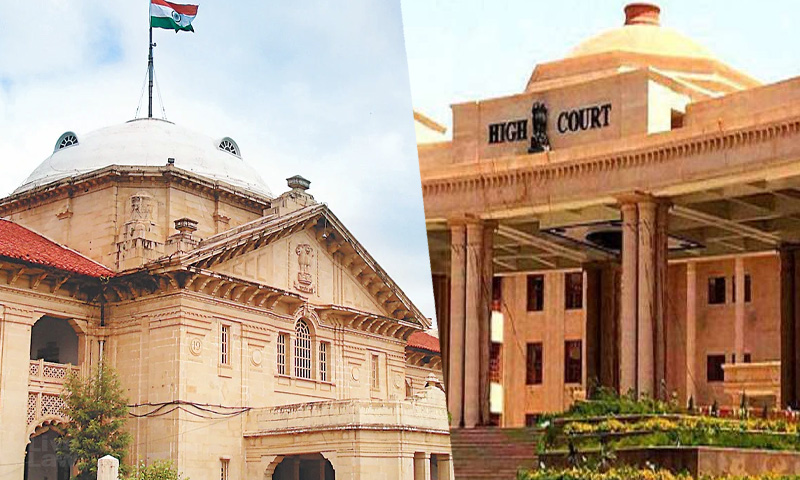 The High Court Bar Association, Allahabad & Awadh Bar Association (High Court, Lucknow) have resolved to abstain from Judicial Work today i.e., on 24th February 2021 to express their displeasure over the passing of Uttar Pradesh Educational Services Tribunal Bill, 2021 which proposes to constitute two benches of the Tribunal in Lucknow and Allahabad (now known as Prayagraj).

Significantly, both the associations have cited different reasons for opposing the Bill. While HCBA, Allahabad is opposing the Bill as the Bill proposes to establish Tribunal's Principal Bench in Lucknow, on the other hand, the Awadh Bar Association is miffed over the bifurcation of the Tribunal at two places.

The stand of the HCBA, Allahabad

The HCBA, Allahabad, in its resolution dated 23rd February, states that the establishment of Principal Bench of Tribunal at Lucknow is against the guidelines issued by the Supreme Court and that the advocates practicing at Allahabad High Court are unhappy with the decision.

The resolution also states that accepting the demands of the Advocates of Allahabad, the Deputy CM of Uttar Pradesh Dinesh Sharma had assured them publicly that the Principal Bench of the tribunal would be established at Allahabad/Prayagraj, still, the Government went ahead with the Bill which is against the well-settled principles propounded by the Supreme Court.

In this backdrop, the Association has also expressed its displeasure over the way in which the UP Budget of 2021-22 was brought about by the State Government.

He further told us that the 2021 Bill proposes to establish a principal Bench of the Tribunal at Lucknow, the Capital city of Uttar Pradesh which is unacceptable to the Association.

The stand of the Awadh Bar Association (High Court, Lucknow)

The Awadh Bar Association (High Court, Lucknow), in its resolution dated 23rd February, states that the step to bifurcate the Education Tribunal at two places has generated anger and resentment amongst the general public as well as amongst the members of the Bar.

Association's Governing Council has also decided that it will abstain from Judicial work on 24th February 2021 and stage a peaceful demonstration near the High Court.

The Awadh Bar Association has also expressed its displeasure over the fact that no decision has been taken by the State Government to establish GST Tribunal as well as Company Law Tribunal in Lucknow.

It may be noted that a similar bill was introduced in the year 2019, however, facing stiff opposition from the Lawyers, the Government decided to take back the said Bill from the Government of India (as it was pending before the President of India) and incorporate certain amendments desired in it and introduce a new Bill in place thereof — The Uttar Pradesh Education Services Tribunal Bill 2021.