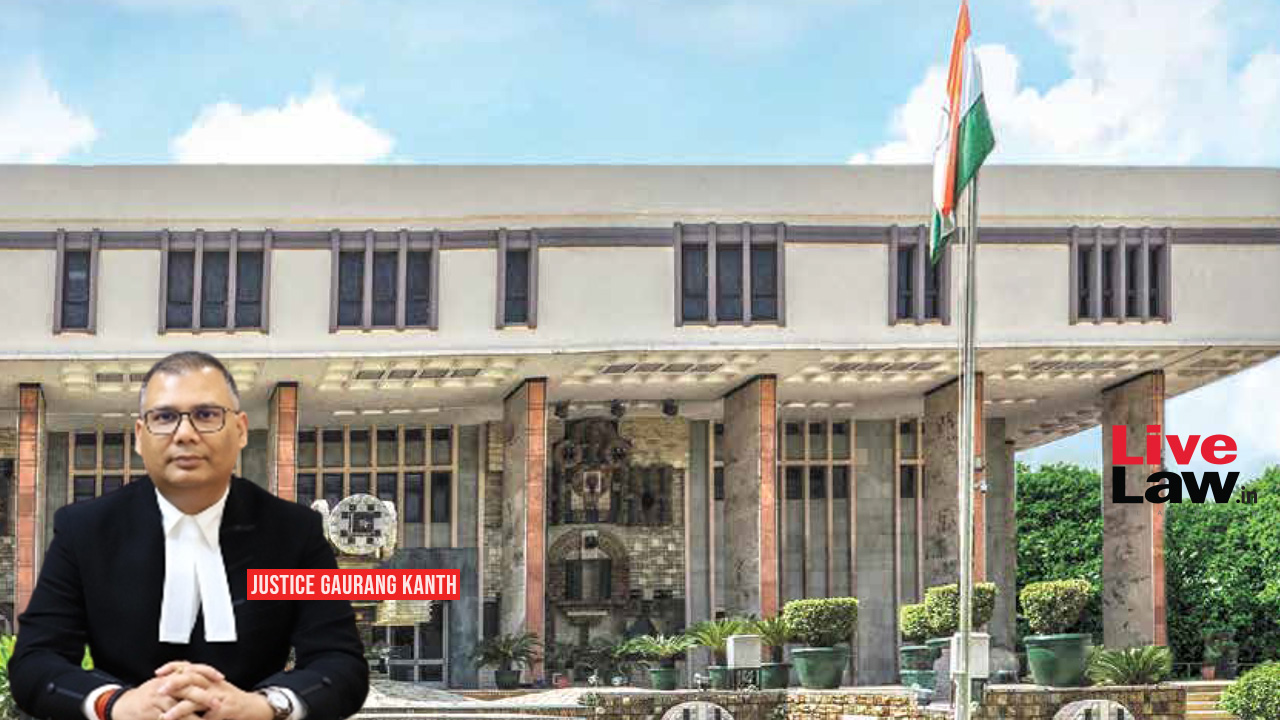 The Delhi High Court has quashed various notifications prohibiting the manufacture, storage, distribution or sale of Gutka, Pan Masala, flavoured tobacco and similar products in the national capital. Since 2015, seven notifications were issued by the Commissioner of Food Safety.

Justice Gaurang Kanth observed that the notifications were issued year after year "in a mechanical manner" without following the general principles laid down under the provisions of Food Safety and Standards Act, 2006.

"The classification sought to be created between smokeless and smoking tobacco for justifying the issuance of the impugned Notifications is clearly violative of Article 14 of the Constitution," the Court observed.

The Court allowed a bunch of pleas filed by various entities engaged in the business of manufacture and sale of scheduled chewing tobacco products, both flavoured and scented. The entities claimed that they had obtained all requisite licenses and permissions under law.

One of the main grounds of challenging the impugned notifications was that they were ultra vires the Food Safety and Standards Act as the Delhi Government's Commissioner of Food Safety was not empowered under the Act to impose such a prohibition on manufacture or sale of chewing tobacco.

The reason accorded by the petitioners was that tobacco product was a scheduled product under the Cigarettes and Other Tobacco Products Act (COTPA) and cannot be construed as "food" within the ambit of the FSSA.

On the other hand, the Commissioner of Food Safety argued that it was well within his rights to issue the impugned notifications in view of Section 30(2)(a) of the FSSA, in the interest of public health and welfare.

Perusing Regulation 2.3.4 of the Food Safety and Standards (Prohibition and Restriction on Sales) Regulations, 2011, the Court observed that the intention was not to prohibit but restrict the use of tobacco or nicotine as ingredients in any food product.

"In view of the aforementioned, the impugned Notifications passed by the Commissioner of Food Safety in view of Regulation 2.3.4 in exercise of powers under Section 30(2)(a), in so far as they prohibit the use of tobacco and nicotine with respect to scheduled tobacco products covered under the COTPA, are beyond the scope of powers conferred by the FSSA," the Court said.

The Court also observed that even the COTPA does not ban the sale and distribution of tobacco and tobacco products except for imposition of certain conditions and various checks and balances to regulate their advertisement and sale.

Furthermore, it also opined that whether an article is to be prohibited as res extra commercium (a thing outside commerce) is a matter of legislative policy and must arise out of an enactment and not merely by a notification issued by an executive authority.

"Thus, the trade, sale and distribution of tobacco is permissible subject to certain restrictions imposed under the COTPA and the same has only been regulated and not prohibited," the Court noted.

It was therefore observed that the COTPA, being a special law, occupies the field for tobacco and tobacco products and would prevail over the FSSA which is a general law.

The Court further opined that tobacco cannot be termed as "food" within the meaning of FSSA as no science-based standards can be laid down to regulate its sale, distribution and storage in order to ensure safe and wholesome tobacco for human consumption.

While noting that the object sought to be achieved by issuing the notifications was public health, the Court said that there was no justification for making a differentiation in smokeless and smoking tobacco, "which may be different in their forms but are no different in terms of their impact on public health."

"It is worthwhile to note that the COTPA, which is the Central Act governing the tobacco industry, does not make any such distinction between smokeless and smoking tobacco under its Schedule," the Court said.

It added "In the light of the aforesaid observations, it is apparent that the said classification/distinction between smokeless and smoking tobacco has no connection with the object sought to be achieved by the impugned Notifications. In fact, the said discrimination which is being promoted by the impugned Notifications encourages smoking tobacco over smokeless tobacco, thereby being not only clearly discriminatory but in violation of Article 14 of the Constitution."

The Court also said that the prohibition imposed by the impugned notifications by discriminating between smokeless and smoking tobacco did not fall under reasonable restrictions on exercise of fundamental rights under Article 19(6) of the Constitution.

The Court also emphasized on the harmful effects of using tobacco, both smokeless and smoking. It condemned and discouraged the use of any form of tobacco and said public health is one of the most important part of the society and country.

However, it added, "Undisputedly, this Court agrees that tobacco and nicotine are injurious to health, however, the present case involves certain questions of law which cannot be decided merely on the basis of public conscious and sentiments but have to be decided and settled based on the fair interpretation of law in the light of the judicial precedents."

The Court thus allowed the pleas while quashing the impugned notifications.