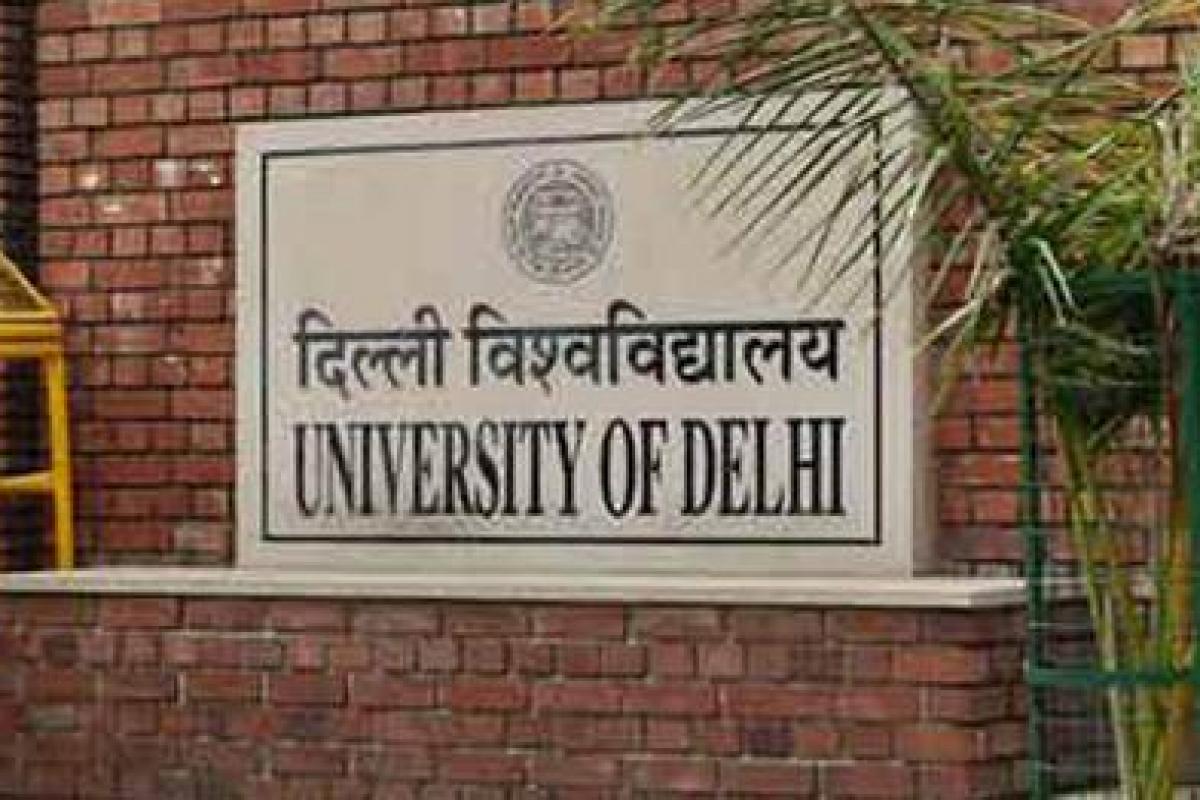 x
Purpose of caste based reservation is to encourage higher education.

The Delhi High Court on Thursday directed the Delhi University to grant admission to a LLM candidate for the academic year of 2021-22 belonging to the Non Creamy Layer of the Other Backward Castes (OBC category), being aggrieved by University's action in rejecting his candidature in the 'Spot Admission' round on account of the caste certificate. The caste certificate submitted by the...

The Delhi High Court on Thursday directed the Delhi University to grant admission to a LLM candidate for the academic year of 2021-22 belonging to the Non Creamy Layer of the Other Backward Castes (OBC category), being aggrieved by University's action in rejecting his candidature in the 'Spot Admission' round on account of the caste certificate.

The caste certificate submitted by the petitioner alongwith his application did not belong to the current financial year. The petitioner had thus impugned the University's action of not giving him anytime to submit the requisite certificate.

Justice Rekha Palli allowed the plea and directed that the petitioner will be permitted to appear in the 1st semester exams along with the exams for subsequent semesters as per the practice being followed by the University.

The petitioner, after acquiring his LLB degree from the Delhi University, applied for admission to the LLM programme under the OBC category. As per the Admission Bulletin, the students were, for applying under the OBC category, required to furnish an OBC Non-Creamy Layer Certificate for the financial year 2021-22 as issued after 31.03.2021.

Since the petitioner was already possessing an OBC-NCL certificate dated 15.07.2018 issued by the Government of Uttar Pradesh, he, while submitting his application for LLM uploaded a copy of this certificate dated 15.07.2018. Based on his registration as an OBC candidate, the petitioner appeared in the Delhi University Entrance Test, 2021 in which he scored 180 marks out of a total of 400.

The petitioner then uploaded all his documents including his OBC-NCL certificate. While he was waiting to receive the payment link, he received an e-mail from the University informing him that his admission was not approved as the OBC-NCL certificate submitted by him did not pertain to the financial year 2021-2022.

The University rejected his request on the ground that, no opportunity for furnishing the documents at a later stage in the 'spot admissions' round could be granted.

The Court observed that while the University may be justified in urging that as the admission process had to be finalised before 31.12.2021, all the shortlisted candidates were required to produce their certificates at the time of admission, but it added that the students were given only 4 hours to upload all their certificates.

The Court added that it was an admitted position that in the first two lists, candidates were granted admission by accepting their undertakings to produce the requisite documents within the prescribed time.

"In the light of these facts, when the respondent was anxious to complete the admission process by 31.12.2021, even though its refusal to grant admission in the fourth list without complete documents may not be per se arbitrary, the fact remains that there remained two unfilled seats in the OBC category even as on 01.01.2022. In their eagerness to complete the admission process by 31.12.2021, the respondent has just brushed this vital factor that the shortlisted students were granted only four hours to upload their documents and that too without having been earlier put to notice that no undertakings would be accepted," the Court said.

The Court thus opined that the action of the University in not approving the petitioner's admission was arbitrary and wholly unsustainable. It also noted the manner in which the University had given barely 4 hours to the students to upload all their documents and had let two precious seats reserved for OBC candidates go waste.

Further noting that it was not a case where there was any negligence on the part of the petitioner, the Court observed:

"On the other hand, it is the respondent who failed to put students to advance notice that this fourth round would be a spot admission where unlike the earlier allotment lists, no undertaking would be accepted. The petitioner, in my considered opinion, cannot be left in the lurch or made to face fait accompli when his merit position is undisputed. He is, in my considered opinion, entitled to be granted admission to the 3-year LLM against the vacant seats for 2021-22."

The plea was accordingly allowed.