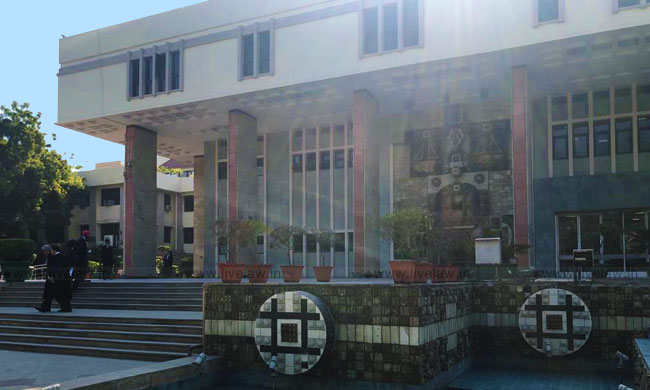 The Delhi High Court has taken suo moto cognizance of the issue of lack of rainwater harvesting efforts taken by the departments, after noting that monsoon rain water is not harvested properly within the city.

A vacation bench comprising of Justice Jasmeet Singh and Justice Dinesh Kumar Sharma took note of an article published in the Times of India on June 18, 2022.

The Court also take note of the fact that due to the monsoon season and otherwise, there are huge traffic snarls in the city. It also added that the said issue can easily be controlled and regulated instantly through rain water management as well as with the assistance of Google Maps which shows traffic jams in various parts of the city.

"We take suo moto cognizance since it is a matter of public importance," the Court said.

Accordingly, the Court has sought a status report to be filed by the departments on the following two aspects:

- steps taken by the agencies to store and harvest rainwater;

- the steps undertaken to address and ease traffic jams/snarls in Delhi during monsoons and other periods.

The matter has now been listed before Chief Justice's bench on July 4.

Case Title: COURT ON ITS OWN MOTION v. GOVT. OF NCT OF DELHI & ORS.