[Lower Berth Allotment] Give Highest Priority To Pregnant women, Then To Senior Citizens And Thereafter To The VVIPs', MP HC To Railways [Read Order] 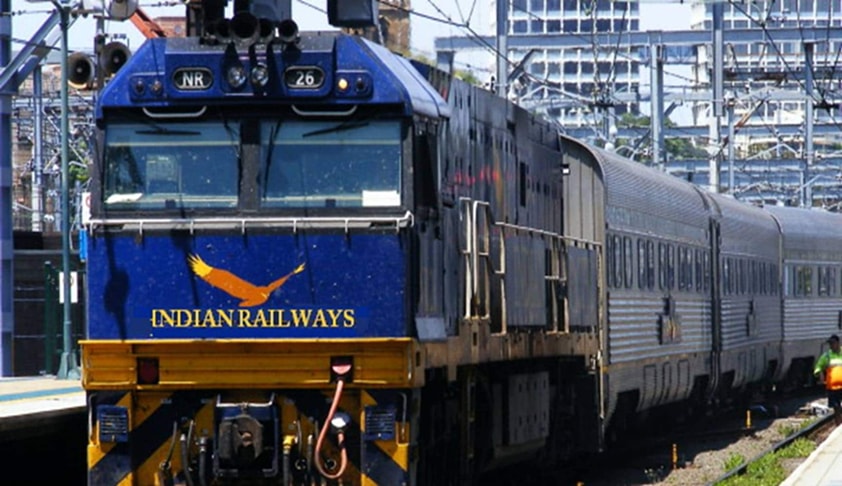 The Jabalpur bench of Madhya Pradesh High Court on Monday (27th July) asked Indian Railways to consider re-prioritising the lower berth allotment by giving the highest priority to pregnant women, then to senior citizens and thereafter to the VVIPs.The said suggestion put forth by the bench comprising of Justices Sanjay Yadav and Atul Sreedharan, came in the Public Interest Litigation (PIL)...

The Jabalpur bench of Madhya Pradesh High Court on Monday (27th July) asked Indian Railways to consider re-prioritising the lower berth allotment by giving the highest priority to pregnant women, then to senior citizens and thereafter to the VVIPs.

The said suggestion put forth by the bench comprising of Justices Sanjay Yadav and Atul Sreedharan, came in the Public Interest Litigation (PIL) which was registered suo-motu by the High Court "to consider certain measures regarding railway journeys in the interest of the public at large."

Background of the PIL

The present PIL owed its genesis to a train journey undertaken by a Judge of the Court while he was travelling from Gwalior to Jabalpur on an official visit.

When the the train reached the Katni-Murwara station, the Judge got off the train for a cup of tea and suddenly, the train started pulling out from the platform without blowing its horn.

The judge was put to great inconvenience and the accompanying hazard of boarding the running train. The incident made the Judge put forth three suggestions to the Indian Railways "which if implemented would go a long way to ensure passenger comfort during the journey."

Suggestion no. 1 – "It would be in the interest of the public at large that some light signal/sound be fixed on each bogie enabling the passengers outside the train to be alert prior to departure of the train with a view to avoid mishappening/accident."

Indian Railways Reply – As regards the first suggestion, the respondent/Indian Railways submitted that the train does not move without giving at least two whistles and without a display of the green/amber signal on the platform in front of each train.

It was further stated that perhaps the Judge may not have heard the whistle/horn of the engine on account of the loud ambient sound on the platform.

The Respondent further stated that instructions have been issued to the staff concerned that greater caution and care should be taken to ensure that the horn of the engine is loud and audible enough and that the same is accompanied by repeated announcements on the platform through the public address system and also, the video displays details related to the departure of the train.

As regards the suggestion that light signals or hooters being fixed on the coaches is concerned, the Respondent stated in its reply that modification of the coach requires a policy decision and design approval affecting thousands of trains all over the country and that it would not be possible to switch over to a new system of signalling overnight or even over months.

However, the Respondent undertook to ensure greater display of the green/yellow signals and efficient, loud and repeated blowing of the horn before the train departs from a station.

Suggestion no. 2 – "If the website/app is updated by displaying the position of the seats/berths to be allotted at the time of making a reservation that would be more convenient and suitable for the public in general."

Indian Railways Reply - As regards the second suggestion put forth by the Judge, it was submitted by the Respondent that lakhs of passengers travel each day and so it is not physically possible to demonstrate which seats are vacant with the present IT infrastructure.

Further, the Respondent stated that updating the website and the mobile application for displaying the position of seats/berths to be allotted at the time of drawing reservation is again a policy decision and involves major changes and hence has huge financial implications and therefore unviable.

Indian Railways Reply - As regards the third suggestion relating to widening the doors or increasing the stoppage time of the trains at the stations, the Respondent stated that it will not be possible to widen the size of the doors because it will decrease the passenger-carrying capacity of the coach and will also compromise with the safety of the passengers.

It was further submitted that any modification in the passenger coaches contains a lot of public expenditure, trials and experiments.

On the issue of increasing the stoppage time of a train at a particular station, the Respondent had to say that this would further delay the train in reaching its destination and that the fixing of the halting time at the stations is based upon an assessment done by the Respondent with regard to the number of passengers alighting and boarding a particular train at the station.

The Respondent, while answering the issue of granting lower berths to Pregnant women and Senior citizens stated that in the priority list of the railways, the VVIPs like Ministers, Supreme Court/High Court judges etc., fall very high and they have to be allotted the lower berths first.

After the VVIPs are accommodated, priorities are given to pregnant women and senior citizens. It was also stated that the best efforts are being made to ensure that senior citizens do get the lower berth.

The Respondent also stated that the design of the railway coaches are being made in such a manner that in future it shall be convenient for every person to climb up to the upper berth also, however, some inconvenience while travelling is inevitable and therefore regretted.

The observation of the Court

The court was satisfied with the reply given by the Respondent (Indian Railways). The Court acknowledged the fact that it cannot force the Respondent to incur expenses which the Respondent does not consider as economically viable and also on account of the large number of trains on which the said measures would have to be implemented, which makes the proposals difficult, almost impossible to implement.

The court in its order noted,

"The suggestions put forth are aspects relating to policy decisions of the Respondent entailing huge expenditure. This court cannot pass a judicial order in matters which would interfere with aspects of policy relating to the Respondent Indian Railways for which this court lacks the technical expertise to appreciate the difficulties that would be faced by the railways in giving effect to the suggestions."

However, as regards the prioritisation of berth allotment is concerned, the Respondent Indian Railways was requested to consider re-prioritising the berth allotment by giving the highest priority to pregnant women, then to senior citizens and thereafter to the VVIPs.

Court noted that "Pregnant women are most vulnerable on account of their medical condition and it would cause them great inconvenience in occupying the middle or upper berth."

"Thus, the dictates of reason and the fulfilment of a welfare state demands that they (Pregnant women) be given the highest priority along with passengers suffering from a terminal illness or life-threatening ailments like cancer and those who are physically or mentally challenged, be considered as priority No. 1 for allotment of the lower berth. The senior citizens who on account of their advanced age and attendant medical issues should be considered at priority No. 2 and lastly, the VVIP's who are usually serving state functionaries are invariably those blessed with better health and so be considered at priority No. 3." (emphasis supplied)

With the above direction to seriously reconsider the prioritisation of allotment of the lower berth in trains, the petition was finally disposed of.