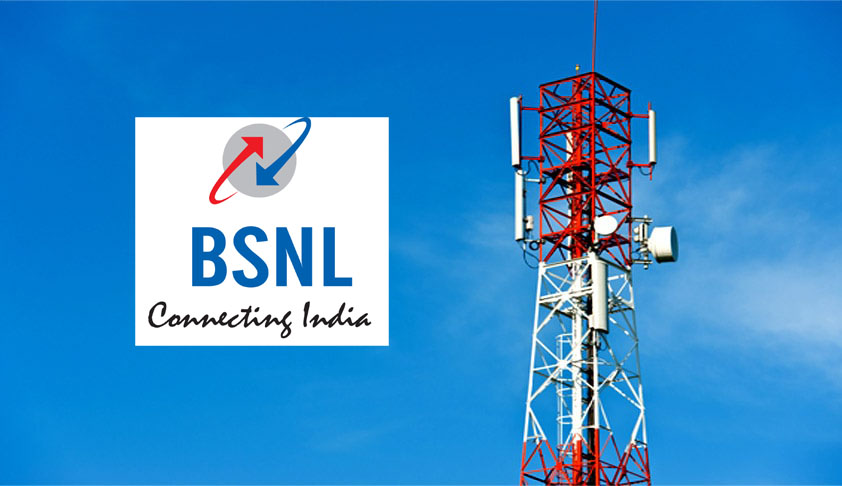 The Himachal Pradesh High Court on Friday questioned that when the entire world is proceeding or has rather switched over to 5G technology, why the BSNL is still trying to procure outdated equipment of 4G.

The Bench of Justice Tarlok Singh Chauhan and Justice CB Barowalia was hearing a public interest litigation (PIL) petition filed indicating the plight of the residents of the rural and backward areas state in the matters regarding Internet services.

When the Counsel of BSNL said that BSNL had already called for tenders for the supply of 4G equipment but the same could not be finalized because of the objections raised by various authorities of the government, the Court said:

"We are surprised to note that the entire world is proceeding or has rather switched over to 5G technology, why the BSNL is still trying to procure outdated equipment of 4G. Why public money is sought to be wasted, is a matter of concern both for the public as well as for this Court."

"No government or authority for that matter has a right to say that it would indulge in wasteful expenditure and any attempt to fritter away the State resources can definitely be checked by this Court as it is not powerless to prevent such waste and squandering of public funds, as and when questioned.

Therefore, the Court asked BSNL to file a comprehensive affidavit as to why it still wants to pursue and pushing for the equipment, which is totally obsolete and outdated and would only be rendered scrap very shortly.

The matter has been listed for consideration on June 21, 2021 and in the meanwhile, the service providers have been directed to ensure that all Mobile Towers that have been erected thus far are fully operational and functional and compliance report in this regard be filed by them on or before the next date of hearing.

The Counsel appearing for Reliance Jio Infocomm Ltd. submitted that Jio had erected approximately 600 towers in the last one year and it proposes to erect many such new towers but the difficulty coming in the way is on account of stay orders that have been passed by the various Courts.

To this, the Court said that the details of such orders be filed along with the compliance report.

In related news, taking note of connectivity issues faced by many Courts in the Union Territory, the Jammu and Kashmir High Court in March 2021 directed Bharat Sanchar Nigam Limited (BSNL) to sit with the IT Officers and resolve all the issues cropping up in the High Court as well as in the Subordinate Courts.