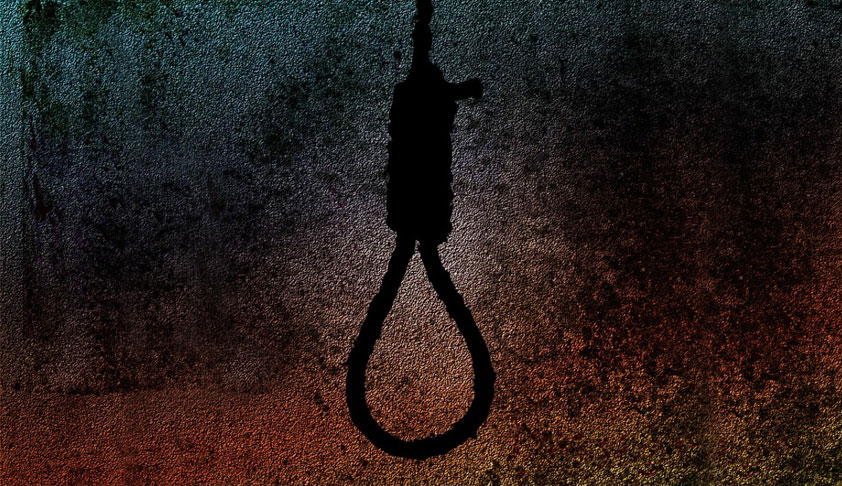 The Bombay High Court last week confirmed the death sentence awarded to three men convicted of raping and killing a 16-year-old girl who was on her way back home after finishing school in Ahmednagar district at Aurangabad.

Division bench of Justice TV Nalawade and Justice KK Sonawane at Aurangabad, dismissed the criminal appeal filed by all three accused in the case, Santosh Lonkar, Mangesh Lonkar and Dattaraya Shinde. They were convicted under Sections 3,4,5,6 of the Protection of Children from Sexual Offences Act and under Sections 302, 376A, 376D and 376(1)(2)(m) of the Indian Penal Code.

The victim girl was aged about 16 years and she was a resident of village Hamumanwadi, District Ahmednagar. She was studying in 10th standard in a school located in another village called Alkuti. Every day she would walk up to village Loni-Mawala and from there she took a bus to go to village Alkuti. At the time of incident, on August 22, 2014, unit tests of the school were going on, so on that day the victim left home at 9:30 am.

After crossing some distance, Amol had casual talk with accused persons as they were coming from opposite direction and they were on motor cycle. Amol had noticed that the victim had started on foot towards Hanumanwadi and behind her by keeping some distance the motor cycle of the accused persons was proceeding in the same direction in slow speed.

As the deceased victim failed to reach home by 6 pm, her father and other relatives started looking for her. During the search, sandals of the victim girl were found lying on the road leading to Hanumanwadi and these sandals were identified by mother of the victim. Then search of the vicinity of that spot on that basis was made thoroughly and after that they noticed the dead body of the victim lying near a canal. The dead body was found at 7 pm and by 10 pm FIR was registered.

According to Aishwarya, on August 21, 2014 the deceased had disclosed to her girl that accused no.1- Santosh was teasing her from about 2 to 3 days and he was obstructing her on way to home, insisting that she sits on his motorcycle.

The deceased also disclosed that Santosh had threatened her and warned not to disclose about his conduct to anybody. The deceased felt that if the said incident was disclosed, her parents would stop sending her to the school as Santosh was of "goonda nature."

Gani Pathan, a betel shop owner informed the police that on August 22, 2014, evening, Santosh told him that his wish was fulfilled. Santosh told Pathan that he along with accused Mangesh and Dattatraya had raped the victim girl and then they had killed her. Pathan deposed that Santosh had then described the incident by informing that he had kept mud in the mouth and nose of the deceased, he had given blows of screwdriver on the head of the deceased and then blows of stone were also given on her head.

At the outset, Court appreciated Aishwarya's conduct in the case and noted-

"Here only this Court wants to observe that the approach of both Aishwarya and her father needs to be appreciated. It can be said that only due to the disclosure made by such girl of tender age, police got the clue and others also got the clue and came forward to give more information. It can be said that Amol (PW2) cousin of the deceased who had initially not felt suspicion against all the three accused even when he had seen them on that road at the relevant time, realised that said circumstance was relevant and there was involvement of the three accused in the crime."

Thereafter, the bench examined the evidence submitted by the prosecution and observed-

"The evidence and the record show that on the clothes of the accused Nos.1,2 and 3 the mud found was similar to the mud collected from the spot of offence.

The medical evidence shows that the deceased was raped repeatedly. Mud was forcibly thrust into her mouth and she was gagged by using mud so that it was not possible for her to shout for help. All these circumstances are sufficient to establish the proximity in relation to time, space and place. As already observed in addition to both the circumstances there is other evidence. This Court holds that the prosecution has satisfactory established this circumstance against all the three accused."

Thus, the bench noted that the circumstances established by the prosecution if considered together, show that they complete the chain of circumstances to point finger only against the accused persons as guilty persons.

"Every relevant fact is established by the prosecution and for considering the proof, both the angles mentioned in the definition of "proof" in section 3 of the Evidence Act can be used. The extra judicial confession of accused No.1 is also duly proved. It is proved to be voluntary and the circumstances established show that its contents are true. Thus, the evidence on extra judicial confession if considered separately along with corroborating circumstances, that evidence is also sufficient to prove the guilt of accused No.1.

Thus, Court articulated the brutality displayed by the accused in the said case and why it meets the test of "rarest of rare" case-

Even when accused No.1 was a father of 2 issues, he was a married man, the other accused were also elder persons, they committed such heinous act against a girl aged about 16 years.

The aforesaid circumstances show that it is a perversity of extreme nature. The conduct of the accused shows that there is no possibility of their reformation and they do not deserve to live in any society. The society would not like to have such members and that is why there was agitation on 24-8-2014 by the people of the village to see that prompt and proper action is taken in respect of the incident. This Court has no hesitation to hold that the case meets the test of rarest of rare case. Thus, it is not possible to interfere in the decision given by the trial court and the death sentence needs to be confirmed."