"No Person Should be Seen Outside his/ her House Without Mask on Face": Orders Allahabad HC Saying 'If Action Not Taken Today, We Won't Be Able To Face Our Progenies' 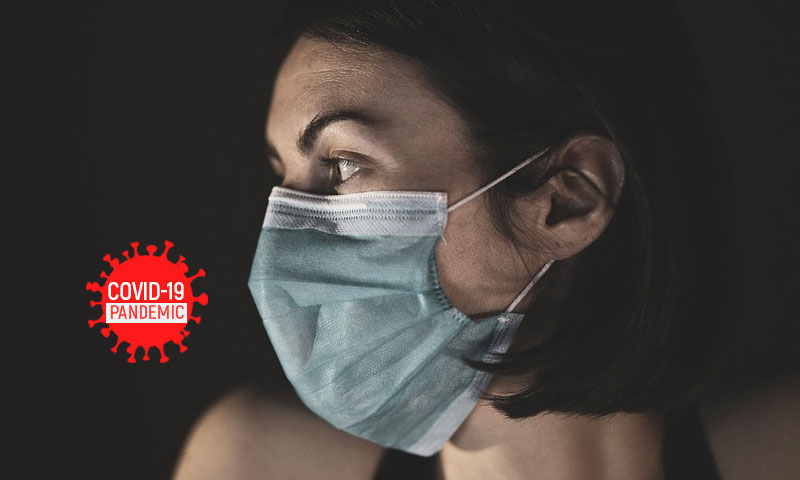 The Allahabad High Court on Thursday (24th September) issued a writ of mandamus for the whole of the State of Uttar Pradesh that "no person should be seen outside his/ her house without a mask on his/her face and he or she should check that the mask covers both the nose and the mouth."The Division Bench of Justice Siddhartha Verma and Justice Ajit Kumar was hearing a Public Interest...

The Allahabad High Court on Thursday (24th September) issued a writ of mandamus for the whole of the State of Uttar Pradesh that "no person should be seen outside his/ her house without a mask on his/her face and he or she should check that the mask covers both the nose and the mouth."

The Division Bench of Justice Siddhartha Verma and Justice Ajit Kumar was hearing a Public Interest Litigation regarding Inhuman Condition at quarantine centres and for providing better treatment to corona positive.

I. Encroachment of public land and the menace of parking;

II. Discharge of function by the Town Vending Committee;

IV. Public wearing of masks; and

Issue No.I: Encroachment of public land and the menace of parking

Court's Direction – The Court directed that no illegal parking of vehicles can be permitted in the Civil Lines area in Prayagraj where a parking place has already been assigned and a huge building for the same has been constructed.

For this, the Court directed the Nagar Nigam and Vyapar Mandal to discuss this issue sitting across the table and if Vyapar Mandal has still any problem with the direction that the Court issued for clearing the public road from unauthorized parked vehicles, they may move proper applications before the Court for the ventilation of their grievance.

However, the Court direct that the parking issue be resolved within two weeks.

Issue No.II: Discharge of function by the Town Vending Committee

Court's Direction – The Court directed the Town Vending Committee to swing into action immediately and the exercise of approval of pending zones be completed within a week from today and allotment exercise shall further be carried out within three days thereafter and side by side exercise to further identify vending zones shall also be carried out and be completed within the next 15 days.

Court's Direction – The Court observed that the fight against COVID-19 is to be jointly fought by one and all and so the bench directed that Nagar Nigam shall inform all the commercial shop keepers of different commercial places to place disposal bins for collecting used masks and Nagar Nigam shall collect the same on a day to day basis.

It was further directed that if shop keepers violate the directions issued hereinabove, they shall be given notice by the Nagar Nigam and shall appropriately be penalized for the same.

Court's Direction – "If we do not take action today, we will not be able to face our progenies, who would always look up to us questioningly as to why we did not take requisite actions despite the fact that we had the power to take the same", observed the High Court. (emphasis supplied)

As of today, the Court noted, to stop the spreading of the pandemic, humanity has realized that the only methods available to it were that it has to maintain social distancing and wear masks.

Further, the Court observed that it was convinced with the study shown in the journal (New England Journal of Medicine) leading to the conclusion that the "100% population masking" is the only strategy by which we can attempt on containing the spread of pandemic COVID-19 totally

Though the Court did not doubt the concern shown by the administration and the bona fides of the police administration in the city to take steps to convince and at times force people to wear masks so that the pandemic is contained.

However, the Court noted from the photographs that were brought on record by the learned Additional Advocate General as part of the instructions that huge assemblies of people at various public places are still there and that people also are not wearing masks as a routine.

In this Context, the Court issued a writ of mandamus for the whole of the State of Uttar Pradesh that no person should be seen outside his/ her house without a mask on his/her face and he or she should check that the mask covers both the nose and the mouth.

The Court further directed that the police in all the districts of the State of Uttar Pradesh should in all police stations of all the districts deploy Task Forces to implement this mandamus. Each task force should consist of much more police personnel than presently have been deployed.

The Court highlighted the fact that violation of this mandamus would entail rigorous punishments.

The Court observed that the Police and the Administration cannot get away by saying that people are to be blamed for not wearing the masks. They cannot say that despite their best efforts, masks are not being worn.

"The people and the Administration should realize that today wearing of masks is not only for the protection of the person who is wearing it but it is now also important for protecting the whole society and if a person commits a crime against society, he has to be punished. We further direct that the police of the entire State of Uttar Pradesh has to necessarily take appropriate action under relevant provisions of the various Penal laws, the moment it finds a person without a mask in the public." (emphasis supplied)

They shall also mail their report regarding the exercise of the task forces on a daily basis to the Registrar, Legal Cell, High Court Allahabad on his email Id and shall also forward the same to the Additional Advocate General.

The Court observed that so far as the treatment part is concerned, it is evident that despite the best efforts of the Government there are shortcomings.

From the various arguments which were placed at the Bar before the Court, the Court noted that there are certain remedial measures which are important and they should be brought in:-

(i) Medical facilities should be made available to one and all.

(ii) The Task Forces which have been constituted for rendering medical help should have empathy towards the ill.

The Court observed that,

"One can understand the plight of a person who instead of getting medicines and medical advice gets only telephone calls from the authorities. The Court finds that these enquiries, therefore, are only empty formalities and there is no sincerity on the part of the person who makes the enquiry, which surely shows that the portals are only for namesake and are not actually being updated."

From all this, the Court gathered that the phone calls are being made from professional call centres who are not interested in the treatment of the person infected but are only making empty phone calls for some payment they might be getting.

Thus, the Court directed the Administration in this regard to ensure that every information which is provided, should be entered against the name of the person in respect of whom, the enquiry was being made and the portal should genuinely be updated on a day to day basis.

Further problem which has come to the notice of the Court was that if a person who is in-home isolation requires CT scan and Xray then no pathology entertains that patient.

To this, the Court ordered, every district in the State of U.P. should have a dedicated clinic (it can be in the clinics of the municipality of every district) where a person who is in home quarantine can go and get his/her CT scan or X-ray done.