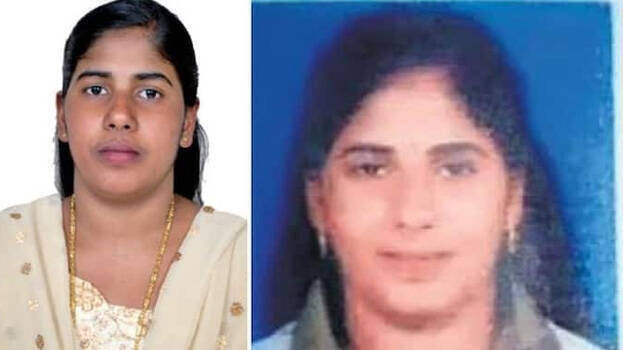 A plea has been filed in the Delhi High Court in relation to the case of an Indian woman, Nimisha Priya, who has been awarded death sentence by a Yemen Court for killing a local. The plea seeks directions to the Centre to facilitate negotiations with the victim's family and save Priya from capital punishment by paying blood money in accordance with the Yemen law.Filed by Advocate Subhash...

A plea has been filed in the Delhi High Court in relation to the case of an Indian woman, Nimisha Priya, who has been awarded death sentence by a Yemen Court for killing a local.

The plea seeks directions to the Centre to facilitate negotiations with the victim's family and save Priya from capital punishment by paying blood money in accordance with the Yemen law.

Filed by Advocate Subhash Chandran K.R., the plea has been moved by 'Save Nimisha Priya International Action Council' through its Chairman, an organisation formed by a group of Non-Resident Keralites, working at different countries and also in different parts of India. The petitioner organization seeks to ensure access to justice to Nimisha Priya and also to raise funds through donations for paying blood money if the family of victim agreed to pardon her.

The plea makes Ministry of Home Affairs and Embassy of India Sana'a, Yemen as party respondents.

On March 7, 2022, an appellate court in Yemen dismissed the appeal filed by Nimisha Priya, who was sentenced to death for the murder of Talal Abdo Mahdi in the year 2017. Nimisha allegedly injected him with sedatives to retrieve her passport that was in his possession. Nimisha had allegedly abuse and torture by Mahdi.

"Though another chance of appeal to the Supreme Court / Supreme Judicial Council still exists, Nimisha Priya is unlikely to be spared the punishment awarded by the lower court for the 2017 murder. The apex court rarely sets aside the verdict of the appeal' court as it will only examine if any procedural errors affected the outcome of the case, not its merits. She can hope to come out of the death row even now only if the victim's family accepts blood money and she manages to get relief from legal procedures," the plea states.

According to the plea, the only way for Priya to escape from the death penalty is to gain pardon from the family of the deceased by paying blood money to them in accordance with Yemen law.

The plea avers that while the option for blood money is kept open by the appeal court, the copy of the judgment is not yet received and the limitation for appeal before the Supreme Judicial Council is 40 days only.

In this backdrop, the plea states that if the appeal before the Supreme Judicial Council is dismissed, execution may take place any time.

Furthermore, the plea states that neither Nimisha's family members nor the members of Petitioner organization are able to travel to Yemen for negotiations at as the Respondent authorities have declared a travel ban for Indians to Yemen since 2016.

"In this context, strong and timely interventions of Respondent Indian authorities to facilitate the negotiations are highly warranted considering the current socio- political situations in Yemen. The Petitioner and family of Nimisha are facing serious challenges to deal with ongoing legal process there. Even the trial court judgment of 2020 is not received yet. If family of the victim agreed to pardon her by receiving "blood money", the Petitioner is unable to pay the same as financial transactions to Yemen is also restricted by the Indian authorities," the plea adds.

Accordingly, the plea prays that the Respondents must immediately initiate necessary steps for filing a formal appeal before the Supreme Court / Supreme Judicial Council to save the life of Nimisha Priya in accordance with the law of Yemen. Further, make necessary arrangements for receiving the money collected / to be collected by the Petitioner in India and transfer the same to the account of family of victim in Yemen through the official / diplomatic channel if family of victim is ready to pardon her by receiving the blood money.