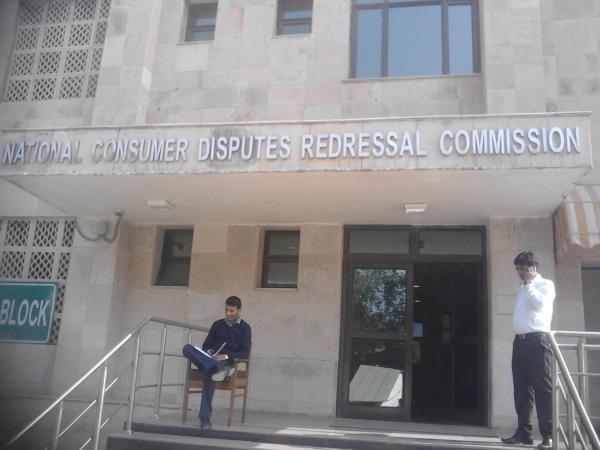 "In these complaint cases, the possession was due in 2015-2016, however, even the construction is not complete," Presiding Member Prem Narain noted.

Recognizing the plight of homebuyers who had invested Rs. 70 lakh to 1 crore with the builder, the Commission held,

"Clearly the OPs have not been able to complete the project in time and to deliver the possession of properties in question to the respective complainants in time as per the allotment letter or the Apartment Buyer Agreement. It is now clearly established that the allottees have right to ask for refund if the possession is inordinately delayed and particularly beyond one year."

The builder had argued that the complainant-home buyers had breached the provision of the Apartment Buyer Agreement as they had stopped paying installments and consequently as per Section 55 of the Indian Contract Act, 1872, they are not entitled to any relief.

Rejecting this argument, the Commission observed,

"Installments have been paid upto reasonable limit and the payment was stopped later on as there was no progress in the construction— therefore, it cannot be said that the complainants breached the agreement first and they are not entitled to any relief in the light of Section 54 and 55 of The Indian Contract Act, 1872."

The builder had also attempted to taken the defence of force majeure conditions for delay, including the order of the Punjab and Haryana High Court in Sunil Singh v. MoEF, Parayavaran, wherein a blanket ban was imposed on the use of ground water in the region of Gurgaon and adjoining areas for the purposes of construction.

Concurring with the homebuyers on this aspect that the builder should have taken "remedial measures," the Commission remarked,

"Clearly, there was no ban on construction and OPs should have put their resources and managerial skills to bring water from outside and to complete the construction in time."

The Commission however came to a finding that the two companies had not entered into the agreement and it therefore held that the Development Agreement itself had come into question. It observed,

"Though this ground has not been taken by the complainants for seeking refund, however this is also a valid ground for the complainants for seeking refund. If there is uncertainty in the development agreement itself, as entered between Orris Infrastructure Pvt. Ltd. and Three C Shelters Pvt. Ltd., the allottees would not like to block their money in such a project." The company was therefore directed to refund even the earnest money.

The Commission has also clarified that since all the homebuyer's money had been received by Three C Shelters and not Orris Infra, "Three C Shelters Pvt. Ltd. would be liable to refund the same to the complainants" along with 9% p.a. interest from the date of respective deposits.

The observations were made in three orders, disposing of a batch of consumer complaints. In a few cases, the Court has directed the builder to hand over completed units to the respective homebuyers by September 2020, with a delayed penalty of 6%. It has also been provided that if possession is not given by September, the homebuyers shall be at liberty to seek refund of the total deposited amount.