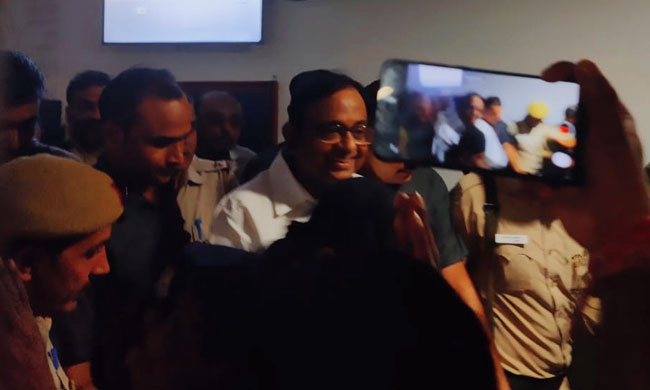 Special CBI Judge Ajay Kumar Kuhar on Thursday extended P Chidambaram's ED custody till October 30 in INX Media case. The judge, however disallowed his demand for being taken to Hyderabad for medical treatment. In case of any treatment, hell be taken to AIIMS hospital in Delhi.

Solicitor General Tushar Mehta had submitted before the court that the application for police custody is being moved now because enough material to interrogate Chidambaram was not available at the time when he had wished to surrender.

It was also pointed out by the SG that the Supreme Court, in its judgment rejecting Chidambaram's anticipatory bail in the present case, had also mentioned the need for custodial interrogation.

Challenging the remand application, Kapil Sibal argued that no new material has been put on record by the agency which warrants their decision of moving an application now and not earlier. He said

'Averments made in the present application is exactly similar to what they had submitted before the Supreme Court. So why wasn't the accused taken into custody when he had offered to surrender'

Sibal further argued that why wasn't Chidambaram interrogated when he was in judicial custody in the CBI matter. Moreover, not examining the 12 witnesses before also casts doubts on the intentions of the agency.

The ED had taken him into custody on October 17.

On October 22, the Supreme Court had granted him bail in the case registered by CBI with respect to corruption allegations in INX deal.