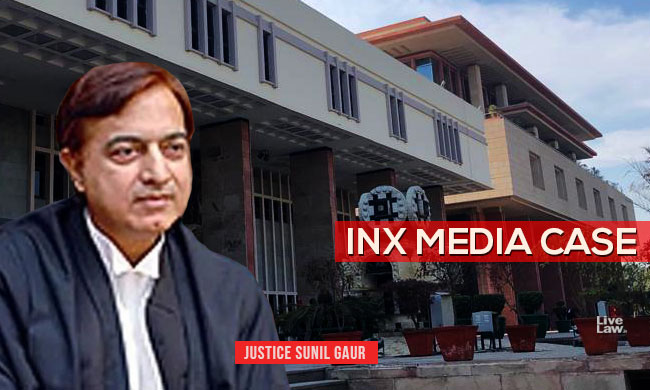 The Delhi High Court, while adjudicating upon the bail application moved by former Finance Minister P. Chidambaram in the INX Media Scam on Tuesday, urged the Parliament to amend the law so as to "restrict provisions of pre-arrest bail and make it inapplicable to economic offenders of high profile cases". Justice Sunil Gaur asserted that economic offences were meticulously...

The Delhi High Court, while adjudicating upon the bail application moved by former Finance Minister P. Chidambaram in the INX Media Scam on Tuesday, urged the Parliament to amend the law so as to "restrict provisions of pre-arrest bail and make it inapplicable to economic offenders of high profile cases".

Justice Sunil Gaur asserted that economic offences were meticulously crafted offences with full consciousness. Intention in such cases was apparent and thus the offenders therein must be dealt with firmly without paying any heed to their political status in life.

Chidambaram, who is presently a member of the Rajya Sabha, has been accused as the mastermind behind the entire scandal wherein he granted clearances to the media group during his tenure as the finance minister in 2007, for receiving overseas funds of Rs. 305 crore despite irregularities in Foreign Investment Promotion Board clearance. The media group was allegedly controlled by his son.

The court noted the non-cooperative attitude of the Petitioner from his evasive replies to the questions put to him while he was under protective cover extended to him by the court. Consequently it was observed that the Petitioner's custodial interrogation was necessary given the gravity of offence and in order to trace out further proceeds of the crime and unearth the money trail. "Law makers cannot be allowed to turn into law breakers with impunity", Justice Gaur exclaimed.

He cited the ratio of the Supreme Court ruling in Y. S. Jagan Mohan Reddy v. CBI, (2013) 7 SCC 439, wherein the Petitioner, currently the Chief Minister of Andhra Pradesh, was refused bail in connection to a money laundering case. The court therein held that "Economic offences constitute a class part and need to be visited with a different approach in matters of bail. The economic offences having been deep rooted conspiracies and involving huge loss of public funds need to be viewed seriously and considered as grave offences affecting the economy of the country as a whole and thereby posing serious threat to the financial health of the country."

Walking along the same lines, Justice Gaur said that the law enforcing agencies could not be rendered helpless by planting legal obstacles of offences in question not being Scheduled.

"Pre-arrest is not meant for high profile economic offenders. Time has come to recommend to the Parliament to suitably amend the law to restrict the provisions of pre-arrest bail and make it inapplicable to economic offenders of high profile cases like the instant one…it is often seen that when economic offenders are on pre-arrest bail, then the investigation conducted is at a superficial level, like in the instant case. This not only weakens mega scam cases but it actually stiffs the prosecution. This Court cannot permit the prosecution in this sensitive case to end up in smoke like it has happened in some other high profile cases", the court said.

He further relied on Gautam Kundu v. Directorate of Enforcement, (2015) 16 SCC 1, wherein the Apex Court denied bail to the applicant, holding that "At this stage we refrained ourselves from deciding the questions tried to be raised at this stage since it is nothing but a bail application. We cannot forget that this case is relating to "Money Laundering" which we feel is a serious threat to the national economy and national interest. We cannot brush aside the fact that the schemes have been prepared in a calculative manner with a deliberative design and motive of personal gain, regardless of the consequence to the members of the society."

The court thus suggested the Parliament to deliberate upon restricting provisions pertaining to grant of bail in serious offences involving humongous amount of public funds. It was observed that white-collar crimes had become frequent in the country and it was need of the hour to tackle them with utmost determination. "Offenders must be exposed, no matter what their status is", he said.