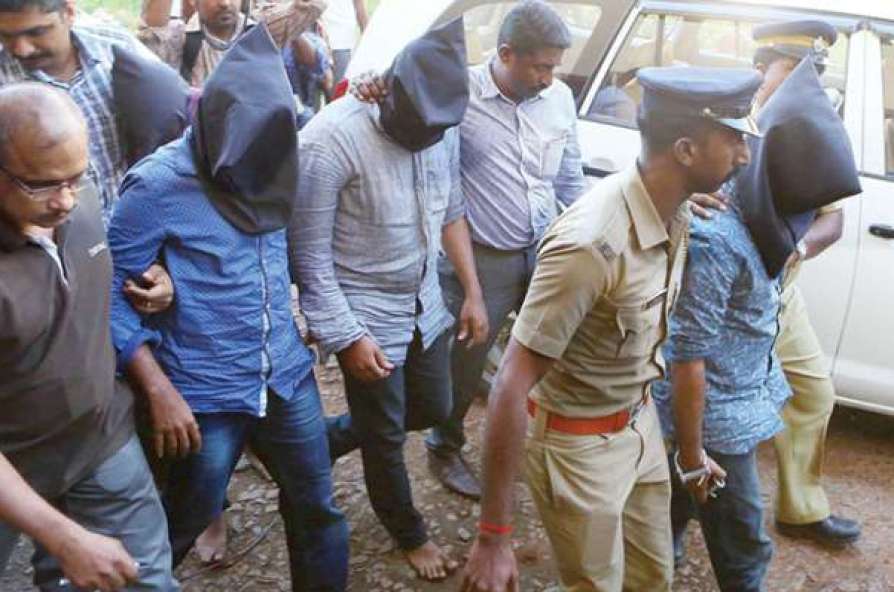 A National Investigation Agency (NIA) Special Court in Kochi, Kerala on Wednesday sentenced six persons for various offences under the Unlawful Activities Prevention Act on findings that they owed allegiance to terror outfit Islamic State of Iraq and Syria (ISIS) and hatched criminal conspiracies to carry out attacks in furtherance of their radical ideology.Judge P Krishnakumar found that all ...

A National Investigation Agency (NIA) Special Court in Kochi, Kerala on Wednesday sentenced six persons for various offences under the Unlawful Activities Prevention Act on findings that they owed allegiance to terror outfit Islamic State of Iraq and Syria (ISIS) and hatched criminal conspiracies to carry out attacks in furtherance of their radical ideology.

Judge P Krishnakumar found that all the convicts had "orchestrated a plan to support ISIS".

The NIA had arrested seven persons from a hill named 'Kanakamala' in Kozhikode district on October 2, 2016, where they had assembled for a meeting.  According to the anti-terror  agency, they had chalked out plans to attack several prominent persons including judges, police officers and politicians.

The evidence in the case was mostly electronic in nature, consisting of copies of group chat conversations carried out by the convicts in various Telegram and Whatsapp groups, where they had discussed ISIS ideology and hammered out plans to carry out terror strikes.

The prime accused , Kozhikode native Manseed Mehmood (33), was awarded 14-year jail term and a penalty. It was found that he had motivated, enticed and incited all others into his plan, apart from devising a detailed plan to execute their task.

Second accused Swalih Mohammed (29) was awarded ten years rigorous imprisonment. As per the judgment, he was ready to receive gun and poison, apparently from the ISIS mercenaries, for the attack they planned and was even ready to make a bomb.

"It is true that they had also contributed some ideas at the initial stage, but when A1 and A7 had designed a ruthless plan to kill innocent peoples, A4 found to have resiled back and A8 seemed to have no knowledge about it", the Court observed about them.

One of the accused, Jasim N K was acquitted. The seventh accused, Shajeer Mangalassery (38), had allegedly joined ISIS operations in Afghanistan and died there.

The Court however found that there was no evidence to hold that they were actual members of ISIS.

"It cannot be forgotten that all their acts were in the social media, except few movements (like sending money from abroad, meeting PW13 at Mavoor and the final meeting at Kanakamala), and they never did, or attempted to do, anything in the real world. It is thus difficult to hold that by the mere comments made by them in the perceived privacy among the group members, they had become members of ISIS, unless it is shown that they had actually got involved in any of the dreadful activities of those organisations", observed the Judge.

Membership cannot be a unilateral activity by a person; there has to be a response from the organization, added the Court.

They were also convicted for criminal conspiracy under Section 120B of Indian Penal Code.

Something falling short of membership may amount to an offence under section 38 and 39 of the Act, but not section 20, observed the Court.

Observing that the the sentence has to be imposed by giving more emphasis on the aspect of social security rather than individual liberty, the Court ruled out the mitigating circumstances cited by the accused such as financial backwardness and lack of criminal antecedents.

The object and purpose of the sentence has to be 'society centric', without being influenced by the personal views of the Judge, as the society is the biggest stake holder in the administration of criminal justice system, said the Court.

The NIA Court concluded the judgment expressing shock at the how the convicts mistook religious sanctions for a call for crime.

"It is disheartening that some of the convicts arrogate themselves to the merchants of death for flourishing their perverted ideas in this land of literature and secularism. It is often said that sunlight is the best disinfectant. Let us hope that sunlight will also instill sanity to these young men, who mistook the sacred religious sanctions for a call for crime. Let us also hope, one day they will realize that mankind evolved thousands of centuries ago, whereas our religions, in the last few millennia".