Consideration Paid For Purchase Of Advertisement Space Does Not Amount To 'Royalty' Under Income Tax Act: ITAT Chennai 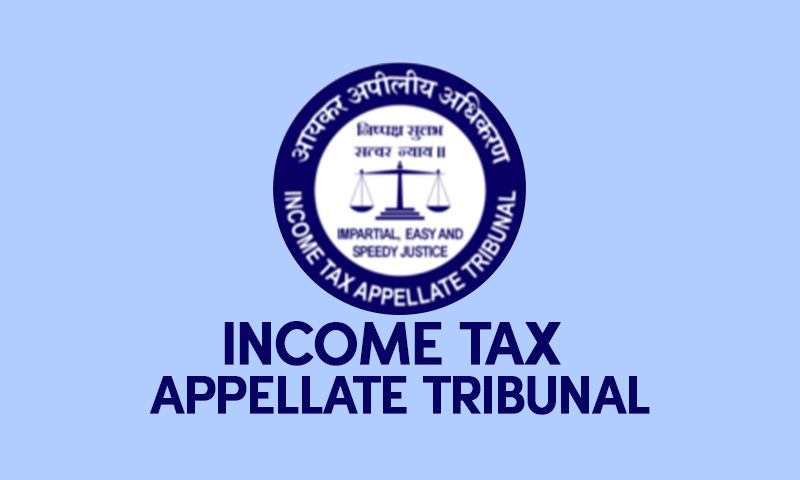 The Chennai Bench of ITAT has ruled that consideration paid for purchase of advertisement space does not amount to 'royalty' under the Income Tax Act, 1961.

The Bench, consisting of members Mahavir Singh (Vice President) and Dr. M. L. Meena (Accountant Member), held that the Finance Act, 2016 recognizes providing advertising space as a 'specified service', which is subject to Equalisation Levy. The ITAT added that the contention that sale of advertising space was 'royalty' under the Income Tax Act would be contrary to the legislative intent, objects and purpose of the provisions of Equalisation Levy, as well as result in absurdity and double taxation.

The assessee ESPN India entered into a Re-seller agreement with ESPN Limited, United Kingdom for resale of advertisement space on websites owned by ESPN UK.

Under the said agreement, ESPN India purchased advertising space on websites owned and hosted by ESPN UK on servers outside India. Thereafter, ESPN India sold the advertisement space to advertisers. ESPN India was required to make payments to ESPN UK as per the Re-seller Agreement.

The Assessing Officer (AO), during the course of assessment, opined that the payments made by ESPN India to ESPN UK should be considered as "royalty" and hence ESPN India was liable for withholding tax on the said amount. The AO held that mere uploading of advertisements in ESPN UK's websites would be sufficient to constitute "use" of industrial, commercial or scientific equipment as per clause (iva) of Explanation 2 to Section 9(1)(vi) of the Income Tax Act.

The AO thus passed an order holding that the payments made by ESPN India to ESPN UK were in the nature of royalty under Section 9(1)(vi) of the Income Tax Act, on which the assessee ESPN India should have deducted tax at source. The AO thus made additions to ESPN India's income. Against the order of the AO, ESPN India filed an appeal before the Commissioner of Income Tax (Appeals) (CIT(A)).

The CIT (A) held that ESPN India uploaded advertisements sourced from its Indian customers into the website of ESPN UK or the third parties, using the equipment and the process provided by ESPN UK. The CIT (A) ruled that payments were made by ESPN India for use of the said equipment and process provided by ESPN UK. The CIT(A) thus upheld the order of the AO treating the assessee ESPN India as an assessee in default under Section 201/201(1A) of the Income Tax Act for non-deduction of tax at source. The CIT(A) confirmed the additions made by the AO to ESPN India's income. Against the order of the CIT(A), ESPN India filed an appeal before the ITAT.

Section 9(1) (vi) of the Income Tax Act, 1961 provides that royalty payable by a person who is a resident of India shall be deemed to accrue or arise in India, except where the royalty is payable in respect of any right, property, information or services utilised for the purpose of a business or profession carried on outside India or for earning any income from any source outside India.

As per clause (iva) of Explanation 2 to Section 9(1)(vi) of the Income Tax Act and Article 13 of the India-UK DTAA, the term 'royalty' means consideration for the use or the right to use any industrial, commercial or scientific equipment.

The assessee ESPN India submitted before the ITAT that the consideration paid to ESPN UK under the Re-seller Agreement was not chargeable to tax in India as royalty under Section 9(1)(vi) of the Income Tax Act read with the India-UK DTAA. ESPN India contended that no right, property or information was transferred from ESPN UK to ESPN India and thus the requirements of Section 9(1)(vi) of the Income Tax Act were not satisfied. ESPN India added that ESPN UK did not transfer any knowhow to ESPN India and the consideration payable to ESPN UK was only with respect to purchase of the "advertisement space".

ESPN India contended that no copyright or right was granted to ESPN India to reproduce the software or any other property and that the assessee ESPN India was a mere reseller. The assessee added that neither the website nor the server of ESPN UK was placed under its control.

ESPN India averred that the Bangalore Bench of ITAT in the case of Urban Ladder Home Décor Solutions Pvt Ltd versus ACIT (2021) had held that expenditure towards advertisement is not in the nature of royalty. The assessee added that the ITAT had held that mere usage of a facility on a site, for ease in creating advertisement content, does not give rise to provision of any technical service.

The revenue department contended that ESPN India was conferred a right to upload advertisements on ESPN UK's website, thus the payment made by ESPN India to ESPN UK amounted to royalty on which the assessee should have deducted TDS under Section 195 of the Income Tax Act.

The ITAT held that under the Re-seller agreement, ESPN UK had control over the amount of advertising space available on the website and the nature of advertisements permitted to be displayed.

The ITAT ruled that Explanations 5 and 6 to Section 9(1)(vi) of the Income Tax Act, which gives an expansive definition to the term royalty, are not attracted in view of the decision of the Supreme Court in the case of Engineering Analysis Centre for Excellence versus CIT (2021), wherein the Supreme Court had held that unilateral amendments that expand the definition of royalty under domestic law cannot be applied to the Tax Treaties. The Supreme Court had ruled that the more expansive language contained in the Explanations to Section 9(1)(vi) of the Income Tax Act would have to be ignored if it is less beneficial to the assessee than the definition contained in the Double Taxation Avoidance Agreement (DTAA).

The ITAT thus noted that the Finance Act, 2016 recognizes providing advertising space as a 'specified service', which is subject to Equalisation levy. Therefore, the ITAT ruled that the contention that the sale of advertising space was 'royalty' under the Income Tax Act, would be contrary to the legislative intent, the objects and purpose of the provisions of Equalisation Levy, as well as result in absurdity and double taxation.

Thus, the ITAT ruled that the consideration paid by ESPN India for purchase of advertisement space did not amount to 'royalty' and, therefore, was not taxable during the relevant assessment years, i.e., the assessment years before the provisions of Equalisation Levy came into force.

The ITAT, therefore, allowed the appeal of ESPN India.