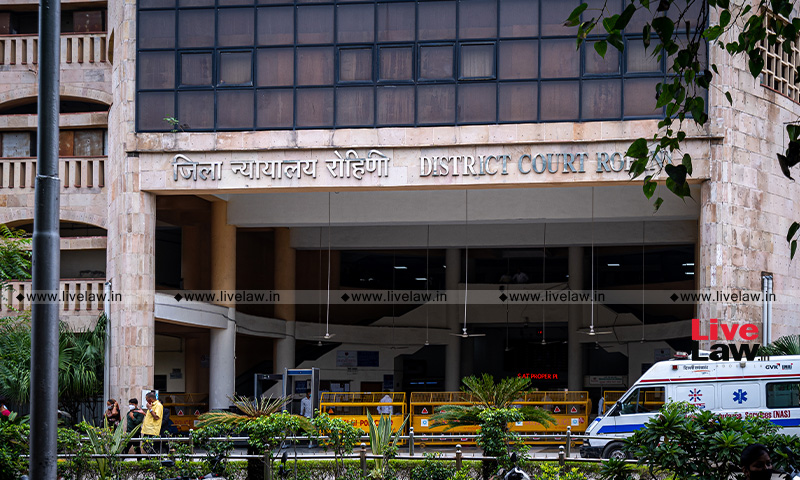 A Delhi Court has denied bail to 8 men accused in connection with the clashes that broke out last month in city's Jahangirpuri area during a Hanuman Jayanti procession.

Additional Sessions Judge Gagandeep Singh of Rohini Courts observed that prima facie the case reflected that there was utter failure on the part of local police in stopping the said procession having no permission.

"The issue seems to have been simply brushed aside by the senior officers. The liability on the part of the concerned officials needs to be fixed so that in future no such incident takes place and the police is not complacent in preventing the illegal activities . Their complicity , if any, also needs to be investigated," the Judge added.

The Court noted that the accused persons were identified on the basis of CCTV footage recorded on the day of incident and were also identified by eye­witnesses.

"The statements of eye witnesses have been recorded u/s 161 CrPC .The material investigation in the present case is still underway and several offenders who were involved in the said unfortunate riots are yet to be apprehended. The apprehension has been expressed by the prosecution that the public witnesses will not come forward as the rioters are known criminal of the area. Therefore, the apprehension of threatening/influencing the witnesses cannot be ruled at this stage, if the accused/applicant is enlarged on bail at this stage. The chargesheet is yet to be filed," the Court added.

However, the Court also took note of the sequence of events which took place on the date in question and the role of the local administration in preventing any untoward incident and maintaining law and order situation.

"It is fairly admitted by on behalf of the State that the last procession which was passing through during which the unfortunate riots took place was illegal having no prior permission from police . If that was the situation , then the contents of the FIR itself, show that the local staff of police station Jahangir Puri, led by Inspector Rajiv Ranjan as well as other officials from DCP reserve were accompanying the said illegal procession on its route instead of stopping it," the Court said.

It added "It appears that local police instead of performing their duty in stopping the said illegal procession in the beginning itself and dispersing the crowd , was accompanying them to the entire route which later on led to unfortunate riots between the two communities."

Accordingly, the order has been directed yo be sent to the Worthy Commissioner of Police for information and remedial compliance.