Govt Taking Revenge On RTI For Five Orders Passed By CIC Against It : Jairam Ramesh In Rajya Sabha 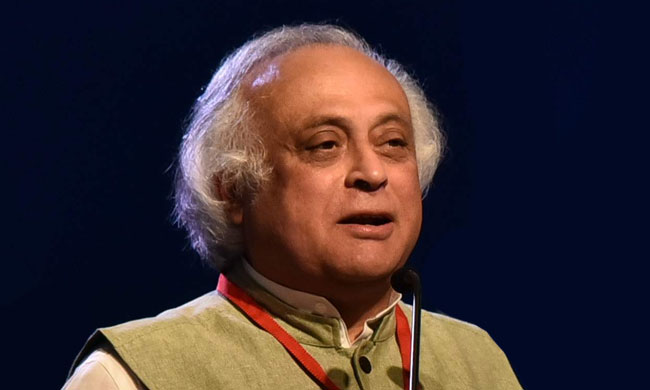 Five orders passed by the Central Information Commission against the Central Government has propelled the Right to Information (Amendment) Bill 2019, said Congress MP Jairam Ramesh in Rajya Sabha during the discussion on the Bill."The timing of the amendment is not so innocuous and innocent. There are five cases that have propelled the government to bring these amendments," he said noting...

Five orders passed by the Central Information Commission against the Central Government has propelled the Right to Information (Amendment) Bill 2019, said Congress MP Jairam Ramesh in Rajya Sabha during the discussion on the Bill.

"The timing of the amendment is not so innocuous and innocent. There are five cases that have propelled the government to bring these amendments," he said noting five orders of Central Information Commissioner including one on Prime Minister Modi's educational qualification.

He said between 2003 and 2013, the then Chief Minister of Gujarat (Narendra Modi) would come to the Planning Commission and the body would ask him tough questions on the state of health and education in Gujarat.

"In 2014 the CM of Gujarat who became PM of India had his revenge and abolished the Planning Commission. Today, Prime Minister of India is taking his revenge with for these five cases," he said.

The former Union Minister then went on to specify those five cases. They are :

In January 2017, the then Central Information Commissioner Prof. M. Sridhar Acharyulu directed the Delhi University to facilitate inspection of records related to all the BA students of 1978, the year Prime Minister Narendra Modi secured his degree, as per the University.

After that Acharyulu was taken off the charge of files of Human Resources Department. The CIC order was challenged in the Delhi High Court and the verdict is awaited.

2. Order on RBI meeting on demonetization

In February 2019, the CIC directed the RBI to disclose the minutes of the meeting of the Board of Directors of the Reserve Bank of India which was held prior to the announcement of demonetization.

The minutes revealed that the board had warned the government of its adverse effects in the short term. It was revealed that the board did not agree with the government's justification that demonetization would extinguish black money and counterfeit notes. The Prime Minister had repeatedly cited these two grounds as the key objectives of demonetization in various meetings and in his address to the nation.

In November 2018, the CIC directed the Prime Minister's Office to disclose the list of willful loan defaulters which was submitted by the then RBI Governor Raghuram Rajan in February 2015.

If the Government had promptly acted on the alert given by the RBI Governor, several willful defaulters such as Nirav Modi, Vijay Mallaya, Mehul Choksi etc. would not have fled India, observed the CIC Sridhar Acharyulu in the order.

In October 2017, the CIC  held that the Special Investigation Team on black money in foreign shores was a 'public authority' under the RTI Act, and directed it to reveal information on retreiving unaccounted money in foreign bank accounts by Indians or other entities operating in India.

Jairam Ramesh also mentioned that an order passed by the CIC proved that the claims made by the Prime Minister in Lok Sabha regarding weeding out of bogus ration cards were incorrect. The PM had claimed about 4 crore bogus cards to have been weeded out. However, the RTI information showed that the actual number was nearly 2.3 crores.

"These are the embarrassing cases for the government. The case about his educational qualification in Delhi Court. The Prime Minister has claimed four crore bogus ration cards were weeded out by his government whereas the RTI shows that the number of bogus rations cards was actually 2.3 crore," he said.

"The CIC directed the Prime Minister office about the quantum of black money brought back from abroad. The PMO refused to share the details despite CIC order," he added.

The real reason for the amendments in the Bill was to make the CIC "toothless" and to convert the information body to "Prime Minister office directed body", he added.

But these days, the practice of sending Bills to Standing Committees are no longer followed, he rued.