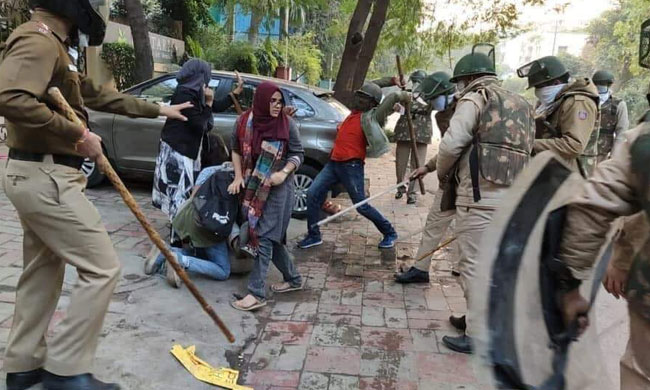 The Delhi High Court on Monday refused to provide an urgent hearing in a plea seeking action against Delhi Police for using excessive force against the students of Jamia Millia Islamia University.

The petition,which was mentioned before the Chief Justice D N Patel by Advocate Rizwan Nazmi, asked the court to constitute a judicial enquiry to investigate the incident. The plea also asked for medical assistance and compensation for the injured students.

The Chief Justice however asked the Petitioner to move the plea through the registry.

Students of Jamila Millia Islamia University have been protesting against the enactment of the Citizenship Amendment Act. As per the Chief Proctor of the University, Delhi Police forcefully entered the varsity's campus on Sunday, following which, many students were beaten and forced to leave the campus.

Delhi Police, on the other side, claims that the violence of protesting students has resulted in six personnel being injured, in addition to certain police vehicles being set ablaze.

There are also reports of police firing tear gas cannons in the library and using lathi charge to disperse the protesting crowd.

50 students of the University were also detained by the police in two police stations - Kalkaji and New Friends Colony. As per the reports, the detained students have been released.

The matter was mentioned before the Chief Justice of India as well today morning, urging the Supreme Court to take suo moto cognizance on the reports of police atrocities.

CJI Bobde said that the matter can be heard tomorrow, provided the violence is stopped.