"We Are Not A Taliban State, Rule Of Law Sacrosanct In Multi-Cultural Society": Delhi Court Denies Anticipatory Bail To Pinky Chaudhary In Jantar Mantar Sloganeering Case 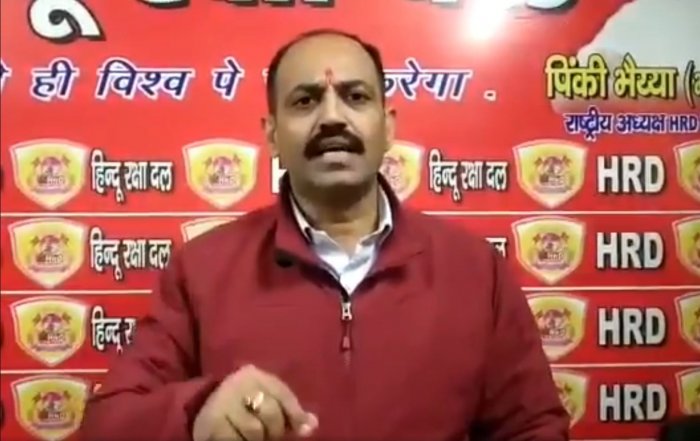 A Delhi Court last week dismissed the anticipatory bail plea moved on behalf of Bhupender Tomar alias Pinky Chaudhary, prime accused in the alleged inflammatory and anti-Muslim sloganeering at Jantar Mantar."We are not a Taliban State. Rule of law is sacrosanct governing principle in our plural and multi cultural society," Additional Sessions Judge Anil Antil observed while denying the...

"We are not a Taliban State. Rule of law is sacrosanct governing principle in our plural and multi cultural society," Additional Sessions Judge Anil Antil observed while denying the grant of bail.

"While the whole of India is celebrating AZADI KA AMRUT MAHOTSAV (Independence Day) there are some minds still chained with intolerant and self centric, beliefs. The complicity of the applicant/accused in the alleged case crime is prima facie apparent from the material placed before the court."

"The accusations are serious and the of ence alleged is severe in nature.; History is not immune where such incidents have fared. communal tensions leading to riots and causing loss to'life and property of general public."

The Court was also of the view that although Art. 19(1)(a) is a fundamental right enshrined in the Constitution of India, however the same cannot be extended to transgress upon fundamental right of others, nor can it be expanded to the acts that are pre-judicial to maintenance of peace; harmony and public order.

"In the garb of libertarian concept of free speech the applicant/accused can not be allowed to trample the Constitutional principles, which promote inclusiveness and common brotherhood," the Court observed.

"It is evident from the video in question played before the court during the proceedings, and the transcript submitted thereto, that the said clip, depicting the, interview of the applicant is impregnated with high octane communal barbs laced with inflammatory, insulting and threatening gestures,ex-facie is indicative of the calculative design on the part of the applicant to promote hatred and ill will amongst other sections of the community," the Court added.

"Additionally, the applicant is President of Hindu Raksha Dal, tàking note of the tone and tenure of a speech and the threatening words used therein via the alleged interview, and analyzed in the back drop of his stature and inf uence exerted, there is strong possibility, if released on bail, at this stage, the applicant/accused shall hamper the investigation, and shall influence and /or threateń the witnesses."

The Court had reserved orders on the anticipatory bail application moved on behalf of Chaudhary earlier this week while extending his interim protection from arrest till August 21.

Last week, Chaudhary was granted protection from arrest after noting that from the Video presented by the SHO of the alleged incident, the words uttered by the applicant/accused, were not audible.

The Court also took into account the fact that the main organizer and one of the accused Ashwani Upadhyay has already been granted regular bail.

In a similar development, a Court rejected bail pleas of 3 men - Preet Singh, Deepak Singh Hindu and Vinod Sharma in connection with the alleged incident after observing that it is the duty of every citizen that while he enjoys his right to express himself, he preserves religious harmony.

A Court had however granted bail to former Delhi BJP Spokesperson and Supreme Court lawyer Ashwini Upadhyay, who was arrested and remanded to two days judicial custody in the matter.