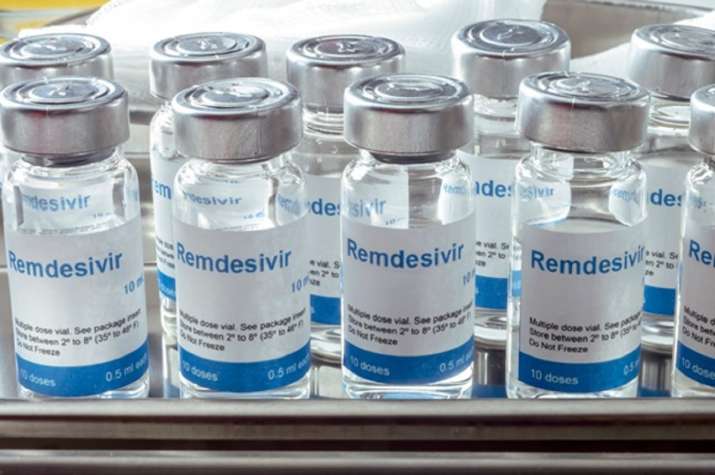 Coming down heavily on the Drug Controller (for the State of Jharkhand) for her failure to discharge her duties and to put a check on black marketing of life-saving drugs, the Jharkhand High Court last week called it 'unfortunate' that she sought exemption from personal appearance before the Court.A division bench comprising of Chief Justice Ravi Ranjan and Justice Sujit Narayan Prasad...

Coming down heavily on the Drug Controller (for the State of Jharkhand) for her failure to discharge her duties and to put a check on black marketing of life-saving drugs, the Jharkhand High Court last week called it 'unfortunate' that she sought exemption from personal appearance before the Court.

Significantly, during the course of the last hearing in this matter, the Court had expressed concern over the manner in which the State of Jharkhand had been handling the recent surge in Covid-19 cases.

The Court had called it a "serious issue of concern" that while the Drug Controller submitted that Remdesivir Injection and Favipiravir Tablets were being made available to top medical shops but people were not getting them.

This remark by the Jharkhand High Court has come days after it had observed that Jharkhand was heading towards a health emergency and that the non-availability of a CT scan machine was a matter of serious concern.

On April 17, the Court had directed for the appearance of the Drug Controller through online mode on the pretext that in spite of repeated queries made by the Court regarding the steps taken in putting control on black marketing of the medicines like Remdesivir and Favipiravir and other related medicines, she had kept mum.

However, filing a memo showing the reason of non-appearance i.e., her engagement in granting license to the suppliers for supply of oxygen, she sought exemption from person appearance.

"It is unfortunate on the part of Drug Controller to seek exemption on such ground, while on the other hand, it has been informed to this Court that she is busy in giving interviews to the media people."

Further, the Court remarked that it didn't appreciate the conduct of the Officers like Drug Controller to evade the order passed by the Court sitting under Article 226 of the Constitution of India, however, the Court asked her to ensure her presence on Thursday (April 29).

The Advocate General informed the Court that so far as maintaining the adequate supply of oxygen in different hospitals both private, as well as Government across the State, was concerned, a sincere endeavour was being taken.

He also submitted that the State Government was taking keen efforts to make oxygen available through installing plant for the said purpose in different Sadar Hospitals across the State.

So far as the supply of Remdesivir and Favipiravir medicines were concerned, it was submitted that sincere efforts would be made to put check on black marketing of these medicines and supply it to the medical shops/hospitals reflecting the names of such hospitals and medical shops for knowledge of the people at large by publishing it in the leading newspaper published from Ranchi and elsewhere.

Lastly, Posting the matter for further hearing on Thursday (April 29), the High Court directed the State Government to apprise it regarding the steps taken: