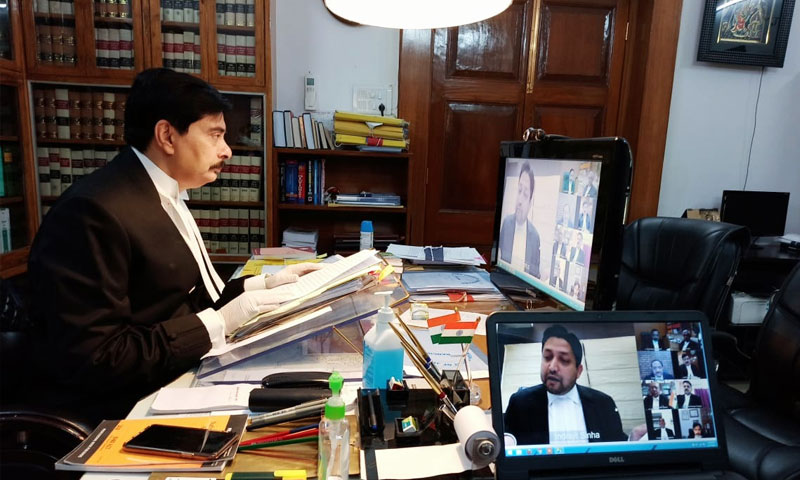 Jharkhand High Court on Tuesday directed the state government to approach the centre for meeting its additional requirements of medical equipment to curb the spread of Corona virus.

The court emphasized that state should seek more testing kits from centre and also open additional centers to examine the large number of persons quarantined. The court also opined that state government must explore some testing facilities even for the persons having asymptomatic trends.

During the hearing Advocate General Rajiv Ranjan informed the court that the state has demanded 75,000 personal protection equipments, 300 ventilators and 10,000 testing kits from centre. He pointed out that a large number of workers are expected to return home after lifting of the lockdown adding it could cause a spike in COVID suspects.

Ranjan further submitted that 1.69 lakh persons have came to the state from different parts of the country out of which as many as 14,200 persons were put under government quarantine at various centers while 1.43 lakhs are under home quarantine.

The court opined that it is not clear from the government reply as to what is number of private homes in which persons have been home quarantined adding the government should reply on this matter in the next hearing.

Lawyer Indrajit Sinha who appeared in the proceeding said "The court also wanted to know why the administration did not implement complete lockdown in Hindpidhi area of Ranchi after detection of a COVID 19 patient from the locality". The next hearing in the case is on April 17.