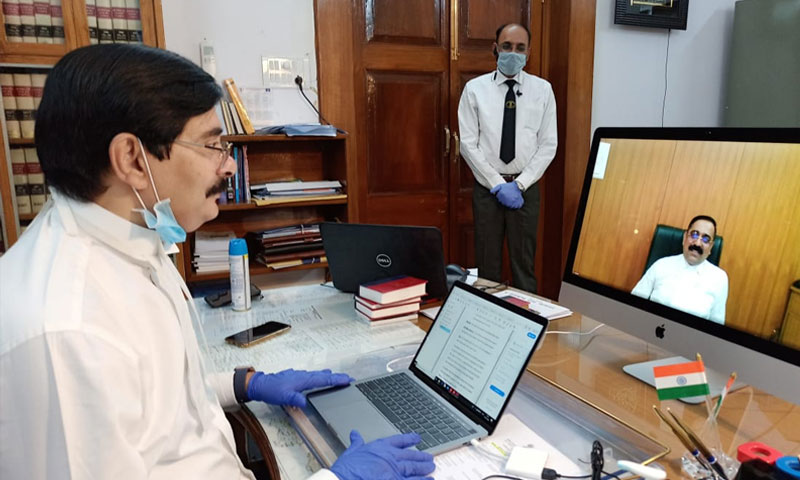 On Tuesday, May 19, the Jharkhand High Court convened its first ever "paperless Court" through video conference.

The hearings, whereby "not a single chit of paper was used" were conducted by a division bench comprising of Chief Justice Dr. Ravi Ranjan and Justice Sujit Narayan Prasad. A total of ten matters were taken up by the division bench through video conferencing, out of which two cases were disposed of.

The concept of paperless courts has seen light of the day after the courts were forced to quickly adapt to technology and conduct virtual hearings, in view of the COVID-29 pandemic.

Jharkhand High Court is only few of such High Courts now to join the paperless concept of E-court project. The first paperless E-court was conducted at the Hyderabad High Court, then the common High court for the states of Telangana and Andhra Pradesh, on July 18, 2016.