Persons Not Responsible To Company For Conduct Of Its Business Can't Be Prosecuted For Violation Of Contract Labour Abolition Act: Jharkhand HC 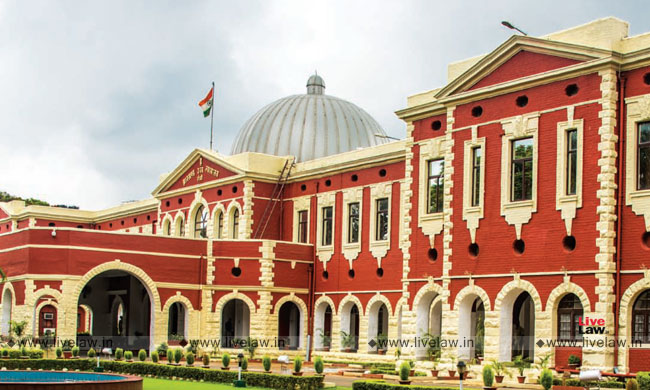 The Jharkhand High Court recently noted that a perusal of Section 25 of the Contract Labour (Regulation & Abolition) Act, 1970 indicates that every person in charge of and responsible to the company for the conduct of its business at the time of the commission of the offence (of engaging contract labour) shall be deemed to be guilty of the offence.

However, in the absence of a specific averment to this effect, the persons working for the company cannot be made liable for any such alleged violations.

"The complaint petition nowhere states that the petitioners were in charge of and responsible to the company for conducting its affairs to implicate him in a criminal case under the Act. The complaint petition only reveals the alleged violation under the Act, and in absence of any specific averment that it was the petitioners who were in charge and responsible to the company for the conduct of its business in which the alleged commission of the offence is said to have taken place, they cannot be held liable for being prosecuted."

The petition was filed for quashing the entire criminal proceeding in connection with a 2005 case, including the order passed by the Chief Judicial Magistrate, Jamshedpur, taking cognizance against the petitioners for the offences punishable u/s 10(1) of the Contract Labour (Regulation & Abolition) Act, 1970.

A written complaint was filed by the Labour Superintendent-cum-Inspector, Jamshedpur, in which it was stated that on a surprise inspection conducted at M/s. Tata Motors Ltd., Jamshedpur factory it was found that despite prohibition by the Government in terms of a 1977 notification, contract labor work was going on.

A show-cause notice was then issued to the management and finding their response to be unsatisfactory, the present complaint case was instituted u/s 10(1) and 23 of the Act. On the complaint being filed, the Chief Judicial Magistrate, Jamshedpur, took cognizance of the offences punishable u/s 10(1).

The Court noted that Sub Section (1) of Section 10 envisages that the appropriate Govt. may prohibit by notification in the official gazette, employment of contract labor in any process, operation, or other work in any establishment. The aforesaid is not a penal provision under the Act; rather, it is restricted to the prohibition of employment of contract labor notified by the appropriate Govt. It also perused Section 23 of the Act which provides penalties for violation of the Act and in this backdrop it observed,

"A conjoint reading of Section 10(1) and Section 23 of the Act would reveal that Section 23 is the penal provisions for violation/ contravention of any provisions of the Act or any Rules made thereunder prohibiting restriction or regulating the employment of contract labour."

The Court noted that taking cognizance by the Chief Judicial Magistrate in his u/s 10(1) of the Act reveals total non-application of mind. It remarked that the court below should have considered the wordings of the complaint in their proper perspective as it has been mentioned therein that for violation of Section 10(1) of the Act, the same is punishable u/s 23 of the Act. Therefore, it was concluded that the cognizance order itself shows non-application of mind on the part of the Chief Judicial Magistrate, Jamshedpur.