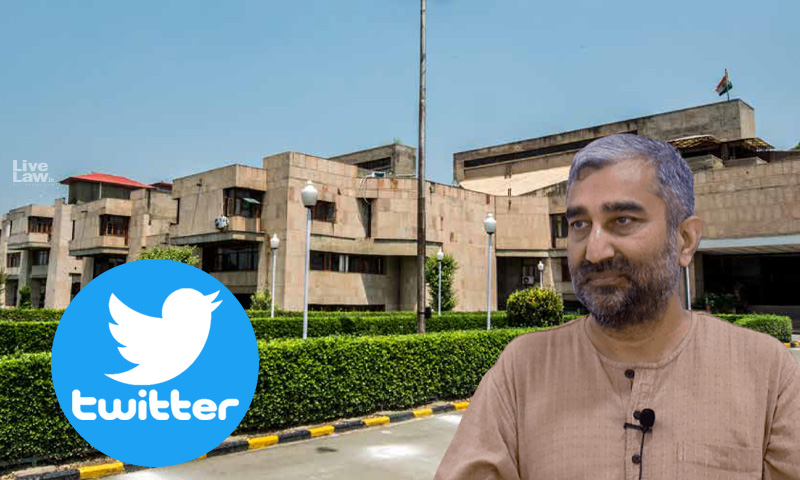 The Jammu & Kashmir and Ladakh High Court today quashed an FIR registered against Activist Sushil Pandit for his 2018 tweet based on rumor regarding the death of 5 CRPF Jawans during the Ramzan ceasefire in the state. Essentially, he had tweeted (and deleted later known after coming to know about its falsity) thus:"Just heard, five CRPF jawans martyred in Pampore. #Ramzan ceasefire...

The Jammu & Kashmir and Ladakh High Court today quashed an FIR registered against Activist Sushil Pandit for his 2018 tweet based on rumor regarding the death of 5 CRPF Jawans during the Ramzan ceasefire in the state.

Essentially, he had tweeted (and deleted later known after coming to know about its falsity) thus:

"Just heard, five CRPF jawans martyred in Pampore. #Ramzan ceasefire is working. Question is who is it working for?"

The Bench of Justice Rajnesh Oswal observed that he had used the words "Just heard" in his tweet and the same would demonstrate that he had not published any statement on his own but on the basis of what he heard.

"He tweeted in the good faith what he heard, believing it to be true, that was in fact not true and immediately deleted it as soon as he came to know about the falsity of the content of the tweet," the Court noted.

Activist Pandit filed a section 561-A Cr. P.C.(now 482) application for quashing of FIR under section 505 RPC (similar to 505 IPC) registered against him for that tweet as he claimed that under some political pressure created by an Ex-Chief Minister's tweet, the FIR had been lodged FIR.

He submitted before the Court that even after he deleted the tweet, he noticed on Twitter that the said Ex-Chief Minister gave the intentional communal meaning to the tweet and he had used the tweet of the petitioner as a prop on his own tweet, and had tweeted a fresh tweet

It was argued by Pandit that if the tweet of the petitioner was taken on its face value to be true, it does not carry any communal inflammatory language, which can create or spread communal hatred between two religious communities.

At the outset, referring to section 505 RPC, the Court said that in order to invoke the section, the following ingredients must be there:

Thereafter, referring to the content of the tweet, the Court noted that it was amply clear that the said tweet was uploaded in a good faith without any criminal intention to generate the consequences as provided by section 505 RPC.

"At the most from the tweet in question, it can be inferred that the petitioner was not in favour of the ceasefire during the holy month of Ramzan but the same can, by no means can be construed to be an act on the part of the petitioner to generate the consequences as envisaged by the section 505 RPC," the Court said as it held that the essential ingredients of offence under section 505RPC were lacking in the FIR.

Lastly, the Court opined that even if for the sake of arguments, the offence is made out against the petitioner, still, his case would fall within the exception, which states that when a person making, publishing, or circulating such report, rumor or report has reasonable grounds for believing that such statement, rumor or report is true and makes, publishes or circulates in good faith and without any such intent, then no offence would be made out.

Therefore, opining that the FIR impugned was nothing but an abuse of process of law, the Court quashed the FIR in question.

Case title - Sushil Pandit v. State of J&K and another