Arbitrator Is A Creature Of Contract & Hence Cannot Supercede It By Any Means : J&K&L High Court 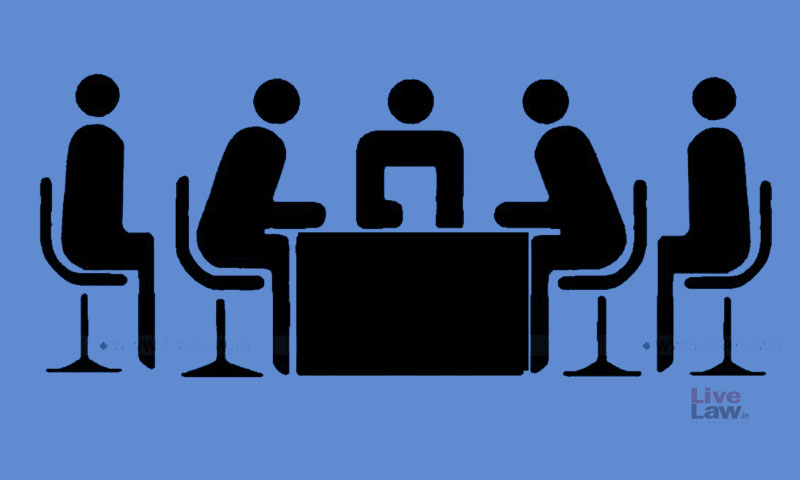 The Jammu and Kashmir and Ladakh High Court recently ruled that an arbitrator is creature of the contract between the parties and, therefore, if he ignores the specific terms of the contract, it would be a question of jurisdictional error, which could be corrected by the Court under Section 30 of J&K Arbitration Act, 2002 and for that limited purpose the agreement is required to...

The Jammu and Kashmir and Ladakh High Court recently ruled that an arbitrator is creature of the contract between the parties and, therefore, if he ignores the specific terms of the contract, it would be a question of jurisdictional error, which could be corrected by the Court under Section 30 of J&K Arbitration Act, 2002 and for that limited purpose the agreement is required to be looked into

A bench of Justice Sanjeev Kumar was hearing an appeal by Union of India through Chief Engineer under Section 39 of J&K Arbitration Act, 2002 against the order and judgment of the Principal District Judge, Jammu. The Court below vide its judgment which was impugned in the appeal, dismissed the application of the Union of India filed under Section 30 and 33 of the Act for setting aside the arbitral award dated 04.01.2008 passed by Brig (Retd.) B.V.Ahuja, the sole arbitrator.

Taking recourse to the available record the bench noted that in the already concluded arbitration proceedings the Union of India had been awarded an amount of Rs.47,13,182.25 without awarding any interest. The court also noted that feeling aggrieved by the award passed by the sole arbitrator, the Union of India filed an application under Section 30 and 33 of the Act for setting aside the award on several grounds before the Court below. The application was contested by the contractor and on the basis of pleadings of both the parties, the Court below considered the matter in the light of rival contentions and after making claim-wise discussion, upheld the award vide its judgment dated 11.01.2014, impugned in this appeal.

The petitioner Union of India challenged the order inter alia on the ground that the Court below had not appreciated that the award dated 04.01.2008, impugned before it, as the arbitrator had been directed by the Division Bench of this Court to conclude the arbitration proceedings by 18.12.2007 could not have proceeded beyond the said period and published the award on 04.01.2008, more so when the Division Bench of this Court had not granted any extension.

The petitioners further argued that most of the claims awarded by the arbitrator are way beyond the terms and conditions of the contract and, therefore, outside the submission and jurisdiction of the arbitrator and this aspect has not been considered by the Court below.

Adjudicating upon the matter Justice Sanjeev Kumar observed that the Court hearing an application for setting aside award or hearing appeal against the order of the Court below refusing to set aside the award does not sit in appeal over the decision of the arbitrator. The award of the arbitrator can be interfered with only, if it is the result of corruption, fraud or when there is/are errors apparent on the face of award. In case of a speaking award, the Court can look into the reasons for the award, the bench underscored.

Elaborating on the position of law on the subject the bench further stated that in case of unreasoned award, it is not open to the Court to probe the mental process of the arbitrator and speculate as to what impelled the arbitrator to arrive at his conclusion.

"In the absence of any reasons given for making an award, it may not be open to the Court to interfere with the award by re-appreciating the facts and law. The arbitrator is a forum selected by the parties of their own and, therefore, the arbitrator must be conceded the power of appreciation of evidence. As is said that arbitrator is sole judge of the quality as well as quantity of evidence and it will not be for the Court to take upon itself the task of being a judge on the evidence before the arbitrator" the bench recorded.

Explaining the stated position of the the bench however also observed,

"The award can be interfered with by the Court, if it is found that the arbitrator has travelled beyond his jurisdiction and has awarded claims which would be beyond the scope of submission. The award will also be bad, if the arbitrator, who himself is a creature of the contract agreement travels beyond the terms and conditions of the contract and awards claims on the excepted items. Such award would be invalid and can very well be interfered with by the Court".

Buttressing the stand being adopted by the bench, it was found worthwhile to record the observations of supreme court in Associate Engineering Company v. Govt. of Andhra Pradesh and others, (1991) wherein SC observed,

"The arbitrator cannot act arbitrarily, irrationally, capriciously or independently of the contract. His sole function is to arbitrate in terms of the contract. He has no power apart from what the parties have given him under the contract. If he has travelled outside the bounds of the contract, he has acted without jurisdiction. But if he has remained inside the parameters of the contract and has construed the provisions of the contract; his award cannot be interfered with unless he has given reasons for the award disclosing an error apparent on the face of it"

Deliberating further the bench also stated that a deliberate departure or conscious disregard of the contract not only manifests disregard of his authority or misconduct on his part but it may tantamount to mala fide action. It is, thus, well settled that the arbitrator is creature of the contract between the parties and, therefore, if he ignores the specific terms of the contract, it would be a question of jurisdictional error, which could be corrected by the Court and for that limited purpose the agreement is required to be looked into, the bench underscored.

The bench after perusing and examining the record ruled that the arbitrator had clearly exceeded his jurisdiction and awarded most of the items of claims by either ignoring the terms and conditions of the contract or acting in derogation therefrom.

For the foregoing reasons, the bench allowed the appeal partially and to the prescribed extent the judgment of the Court below was also set aside.