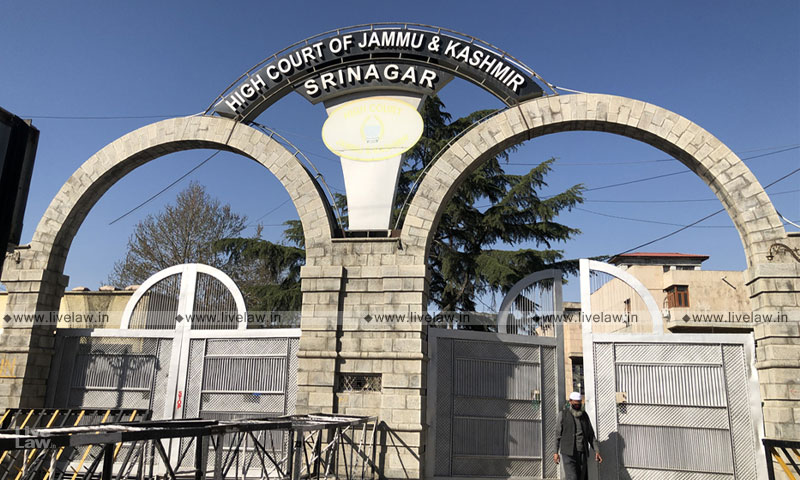 The High Court of J&K and Ladakh recently held that suspension of an employee over alleged misconduct is not a punishment but, if the suspension is prolonged for more than 4 years, then it amounts to punishment, as it has very strong stigmatic social connotations. The observations were made by a bench of Chief Justice Pankaj Mithal and Justice Wasim Sadiq Nargal while...

The High Court of J&K and Ladakh recently held that suspension of an employee over alleged misconduct is not a punishment but, if the suspension is prolonged for more than 4 years, then it amounts to punishment, as it has very strong stigmatic social connotations.

The observations were made by a bench of Chief Justice Pankaj Mithal and Justice Wasim Sadiq Nargal while dismissing the government's appeal against the Central Administrative Tribunal (CAT) order of April 27 this year.

The CAT in its order had set aside J&K Home Department's order issued in February 2018 whereby a government employee was placed under suspension.

In his plea before the CAT, the petitioner had contended that as per the prescribed procedure, the order of suspension was required to be followed by a memorandum of charge against him and in case any inquiry was required to be conducted, the same had to be done "expeditiously".

Petitioner had further submitted that no chargesheet was served upon him despite an efflux of more than four years from the date he was placed under suspension.

The division bench pointed out that from the perusal of the CAT's order, it was apparent that despite the time given to the counsel for the government, no response was ever filed.

The bench said that the tribunal keeping in view the urgency involved in the petition that the petitioner was due to retire on April 30, 2022, took up the case for hearing and after appreciating all the material facts on record, quashed the order of suspension and held the petitioner entitled for consequential dues as per the rules.

Disagreeing with the government's contention, the division bench observed that on the one hand, the authorities vehemently pleaded that there were very serious charges against the employee and on the other hand failed to discharge obligations to proceed under the law by issuing a chargesheet and conducting an inquiry after placing him under suspension for more than four years.

"No plausible reasons have been explained for such a delay for not framing the chargesheet, even after a lapse of more than four years," the court said.

Underscoring that no reason whatsoever had been spelled out by the authorities for such a delay in filing the chargesheet, the court said: "Since, as per the stand of the respondents (authorities), there were grave charges against the applicant (the employee) then in that eventuality, the respondents could have acted with promptitude by issuing a chargesheet by holding an inquiry within a stipulated time, but the respondents by their conduct have waived of their right either to chargesheet against the delinquent employee or conducting any inquiry."

The court said that the law was settled by the Supreme Court in various authoritative pronouncements that although suspension was not a punishment but once it was prolonged (in this case for four years), then it amounts to punishment, as it had a very strong stigmatic social connotations.

The court observed that from the perusal of the order of suspension, it was clear that the inquiry was required to be completed within 15 days, "which itself proves beyond any shadow doubt that the State was conscious of the seriousness and urgency involved in the matter, yet they slept over the matter for four long years to initiate an inquiry by way of issuing chargesheet to the delinquent".

The court noted that by keeping the employee under suspension for four long years, he had been put under a lot of stress and temporary deprivation of his full wages over this period.

Case Title : UT of J&K Vs Hilal Ahmad Rather