Mere Registration Of FIR Or Pendency Of Investigation Not A Ground To Refuse Issue/Renewal Of Passport : J&K&L High Court 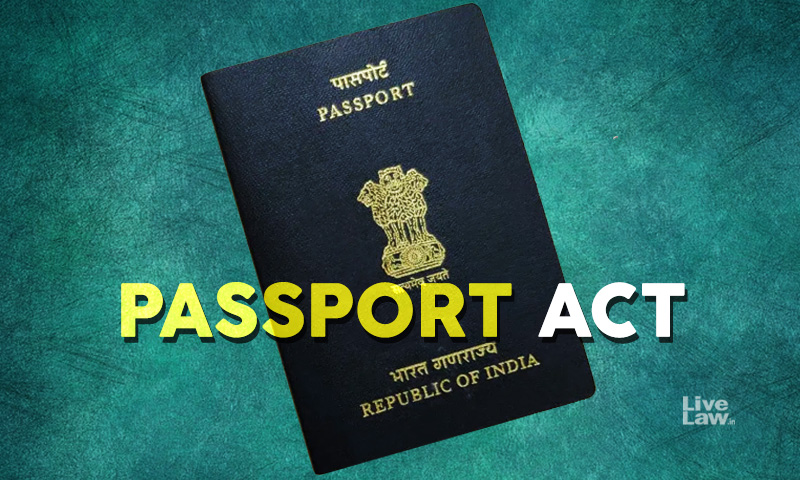 The Jammu and Kashmir and Ladakh High on Wednesday ruled that Court mere registration of an FIR or pendency of investigation by the Investigating Agency is no ground to refuse issue or renewal of passport under the Passport Act 1967.

Subsequently the petitioner moved an application under Right to Information Act for seeking information on the subject, in response of which the respondents intimated to the petitioner that the passport office had received a report from the police, which indicated that FIR No.3/2019 was registered against him and hence the petitioner is required to furnish No Objection Certificate from the Court.

Since the petitioner could not submit the No Objection Certificate from the Court the respondents closed the case of the petitioner for renewal/re-issue of the passport.

Challenging the closure of application by the passport authority the petitioner submitted that under the Passport Act, 1967 and the Rules framed thereunder, there was no provision for asking the applicant for passport to submit "No Objection Certificate‟ from the Court when there are no criminal proceedings pending against him in any competent Court of law.

Petitioner further submitted that mere registration of FIR and initiation of investigation by the police authorities is no ground to reject the request for grant or renewal of the passport and reliance in this regard was placed by the petitioner on Section 6 of the Passport Act to argue that the passport authority can refuse to issue passport or travel documents for visiting any foreign country only on the grounds mentioned in Clause (a) to (i) of Sub Section 2 of Section 6 of the Passport Act.

Adjudicating upon the matter Justice Sanjeev Kumar observed that Sub Section (1) of Section 6 of the Passport Act clearly provides that application for grant or renewal of passport shall be refused only on the grounds mentioned in the Section and on no other ground. Apart from other grounds, Clause (f) of Sub Section (2) of Section 6 provides that request for grant or renewal of passport or travel documents can be refused, if proceedings in respect of an offence alleged to have been committed by the applicant are pending before a criminal Court in India, the bench underscored.

Elaborating further on the position of law applicable to the instant matter the bench observed that when FIR alone is registered and investigation is undertaken by the Investigating Agency, there are no proceedings before a criminal Court and the criminal proceedings are said to commence before the competent Criminal Court only when a final report is laid by the investigating agency before the Court or in case of a private complaint, when the criminal Court of competent jurisdiction takes cognizance and proceeds in the manner provided under the Code of Criminal Procedure. Till such eventuality happens, we cannot say that there are criminal proceedings pending in the Court, the court added.

"There is not even an iota of doubt that registration of FIR and the investigation taken thereupon by the investigating agency cannot be said to be the proceedings pending before a criminal Court in India to attract disqualification laid down in Clause (f) of Sub Section (2) of Section 6 of the Passport Act", the court maintained.

Expounding further Justice Kumar observed that under Section 10 of the Passport Act, the passport authority may impound or cause to be impounded or revoke a passport or travel document, if it is brought to its notice that the proceedings in respect of an offence alleged to have been committed by the holder of the passport or travel documents are pending before a criminal Court in India.

In order to explain the issue as to when can the proceedings be said to be pending before the Criminal Court, the bench placed reliance on a Judgement of Madras High Court in Venkatesh Kandasamy v. Government of India, Ministry of External Affairs, AIR 2015 wherein it was held that no proceedings can be said to have been initiated under Clause (a) of Section 190 of the Criminal Procedure Code unless cognizance is taken by the Court for proceeding further in the matter. Madras High Court in the matter had found that all criminal complaints as against the applicant were only at the stage of investigation and, therefore, it was not a case of the passport authorities that final reports have been filed in the criminal Court in any of the criminal complaint so as to make the case come within the four corners of Section 6(2)(f) of the Passport Act.

In view of the above the bench allowed the petition and directed the respondent to grant passport facility to the petitioner in the re-issue category without insisting for production of NOC from the Court. However, before doing so, the respondents may verify as to whether final report in FIR No.3/2019 registered against the petitioner has been submitted to the competent Court of law or not, the bench concluded.