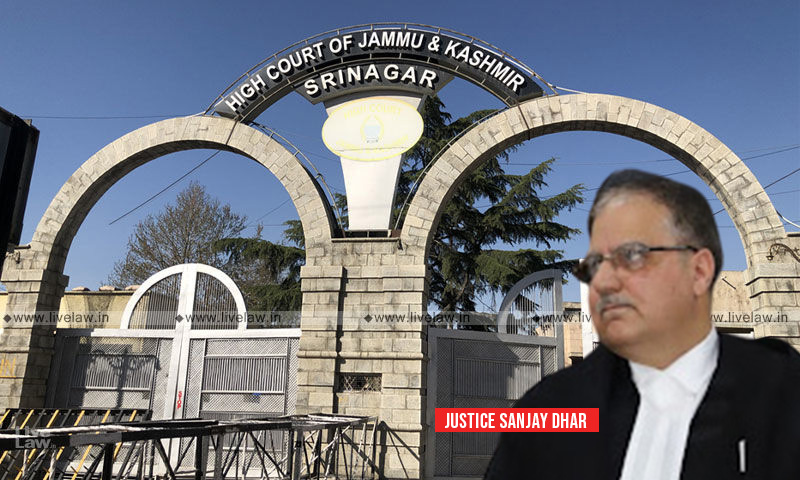 The Jammu & Kashmir & Ladakh High Court recently upheld the amendments to the Jammu and Kashmir Reservation Rules, 2005, by which 4 percent reservation was provided to 'Pahari Speaking People' in respect of each service, class, category and grade in services and posts under the Union Territory.

The Court said that a writ petition under Article 226 of the Constitution can be maintained only by an aggrieved person whose legal or constitutional right has been infringed and not by an unaffected party.

The ruling was pronounced by Justice Sanjay Dhar while dismissing a plea challenging a statutory order issued by the government by virtue of which the amendment was passed that also granted Scheduled Tribe status to Pahari speaking people, on the basis of committee of experts constituted by the government.

Respondent Government Advocate Suraj Singh and Deputy Solicitor General of India Vishal Sharma contested the plea by raising a preliminary objection that the petition is not maintainable under Article 226 of the Constitution of India.

Adjudicating upon the matter Justice Dhar noted that petitioner was not an affected party and a third person, having no concern with the case, does not have any locus standi file a petition under Article 226 unless it is styled as a public interest litigation.

"The petitioners have not, at all, disclosed as to how they are aggrieved of the impugned Statutory Order and they have not stated as to which of their legal rights have been affected by the impugned action of the respondents. The petitioners, therefore, do not qualify as "aggrieved persons" who can maintain a writ of certiorari or a writ of mandamus against the respondents. ...They have not even averred in the petition that they are filing the petition in public interest. Therefore, the instant petition cannot even be treated as a public interest petition," the Court said

The bench further observed that if the actual persons aggrieved, because of ignorance, illiteracy etc., are unable to approach the Court and a person, who has no personal agenda approaches the Court, then the Court may examine the issue.

"The Court can exercise the writ jurisdiction at the instance of a third party only when it is shown that legal injury is threatened and the affected class of persons is unable to approach the Court on account of their poverty etc even in cases filed in public interest," the Court said in its judgment.

Fortifying the said position the bench relied on Jasbhai Motibhai v Roshan Kumar, Haji Bashir Ahmed & Ors. in which the Supreme Court held that in order to have the locus standi to invoke the extraordinary jurisdiction under Article 226, an applicant should ordinarily be one who has a personal or individual right in the subject matter of the application.

Accordingly, the Court dismissed plea while granting liberty to the petitioners to file a public interest petition in respect of the grievances projected by them in the writ petition.