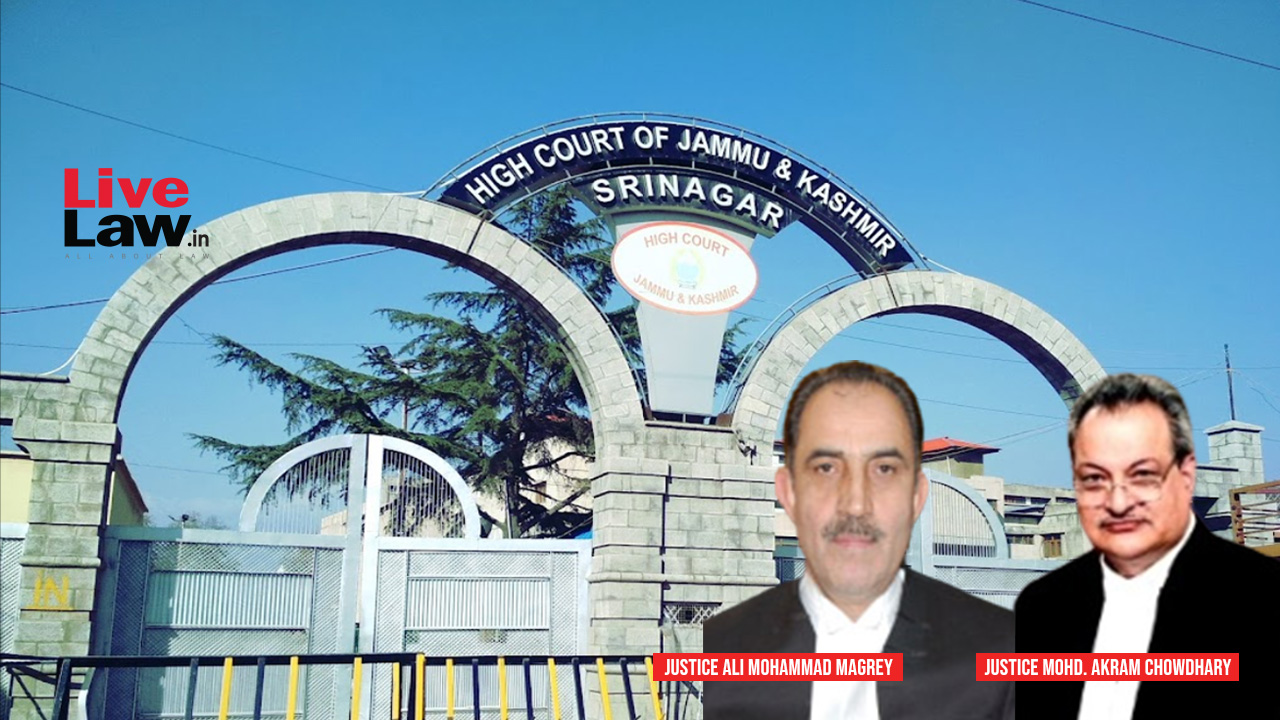 The Jammu and Kashmir and Ladakh High Court recently ruled that it has only to be after 5/6 years in case the appeal is not disposed of, that suspension of sentence and grant of bail under Section 389 CrPC be considered, in a heinous case like murder. The bench comprising Justices Ali Mohammad Magrey and MD Akram Chowdhary was hearing an appeal alongside an application through the...

The Jammu and Kashmir and Ladakh High Court recently ruled that it has only to be after 5/6 years in case the appeal is not disposed of, that suspension of sentence and grant of bail under Section 389 CrPC be considered, in a heinous case like murder.

The bench comprising Justices Ali Mohammad Magrey and MD Akram Chowdhary was hearing an appeal alongside an application through the medium of which the appellant sought suspension of sentence and grant of bail pending appeal filed by him as well as Criminal Reference received from the court of Principal Sessions Judge Pulwama, having been aggrieved of his conviction for the commission of offences punishable under Section 302 and 392 RPC.

Alongside his appeal the appellant in his application for suspension of sentence and grant of bail asserted that the appellant since his arrest on 11.04.2011 has been in continuous custody and has completed 10 years and 10 months in jail, though he is a man of clean antecedents with history of not involved in any criminal matter or case. The appellant further contended that he has preferred an appeal against his conviction and sentence and is sure that he will succeed in the appeal. It was also argued that the entire case rests on circumstantial evidence and there is no eye witness to the alleged incident and that there was no independent witness has been examined by the prosecution and all the witnesses were either relatives or close friends of the complainant.

Contesting the application the respondent countered by stating that when the conviction has already been recorded by the trial court, the appellant-convict cannot ask for concession of suspension of sentence and grant of bail for 'no pressing' reason. Mere detention of the convict, in a case where he has been awarded life imprisonment, for more than a decade, will not entitle him to such a relief. AAG finally prayed that the application moved in this behalf may be rejected, the respondent contended.

Adjudicating upon the matter the bench observed that while considering the application for suspension of sentence and grant of bail, the appellate court is not required to consider the evidence on record meticulously lest it should affect the merits of the case while considering the main appeal. The appellate court has to consider the case just to find out whether there is prima facie case to hold that there has been some miscarriage of justice which may be apparent on the face of the record and in such situation the suspension of sentence can be ordered and as a consequence the appellant can be released on bail, the bench recorded.

Placing firm reliance on the Supreme Court judgements in Ramji Prasad Vs. Rattan Kumar Jaiswal & Ors., reported as (2002) and Kishori Lal Vs. Rupa & Ors., reported as 2004 the bench observed that where an accused was found guilty by the trial court under Section 302 IPC, the normal practice in such cases is not to suspend the sentence and it is only in exceptional cases like nature of accusation, manner in which the crime is alleged to have been committed, gravity of the offence and the desirability of releasing the accused on bail after they have been convicted for committing the serious offence of murder, that the benefit of suspension of sentence can be granted.

"There is a distinction between bail and suspension of sentence. One of the essential ingredients of Section 389 is the requirement for the appellant court to record reasons in writing for ordering suspension of execution of the sentence or order appealed. The requirement of recording reasons in writing clearly indicates that there has to be careful consideration of the relevant aspects and the order directing suspension of sentence and grant of bail should not be passed as a matter of routine", the bench explained.

Elaborating on the law laid down by the Supreme court recently in Satender Kumar Antil Vs. Central Bureau of Investigation & Anr., on which the appellant had placed reliance the bench observed that where a person has been found guilty of offence punishable under Section 302 IPC and sentenced for life imprisonment, the Code of Criminal Procedure affords right of appeal to such a convict, however, a difficulty arises when the appeal preferred by such convict cannot be disposed of within a reasonable time. Where court is not in a position to dispose of the appeal for 5/6 years would indeed be a travesty of justice to keep a person in jail for a period of 5/6 years for an offence which is ultimately found not to have been committed by him. Hence it has only to be after 5/6 years in case the appeal is not disposed of, that suspension of sentence and grant of bail be considered, in a heinous case like murder, the bench underscored.

Accordingly in the case at hand the appeal which was filed on 04.02.2022 cannot be said to be pending for the last 4/5 years as required by the Hon'ble Apex Court. For the foregoing reasons and discussions made hereinabove, we are of the considered opinion that the appellant has failed to make out a prima facie case for suspension of sentence and grant of bail in his favour and his application is accordingly rejected, the bench concluded.