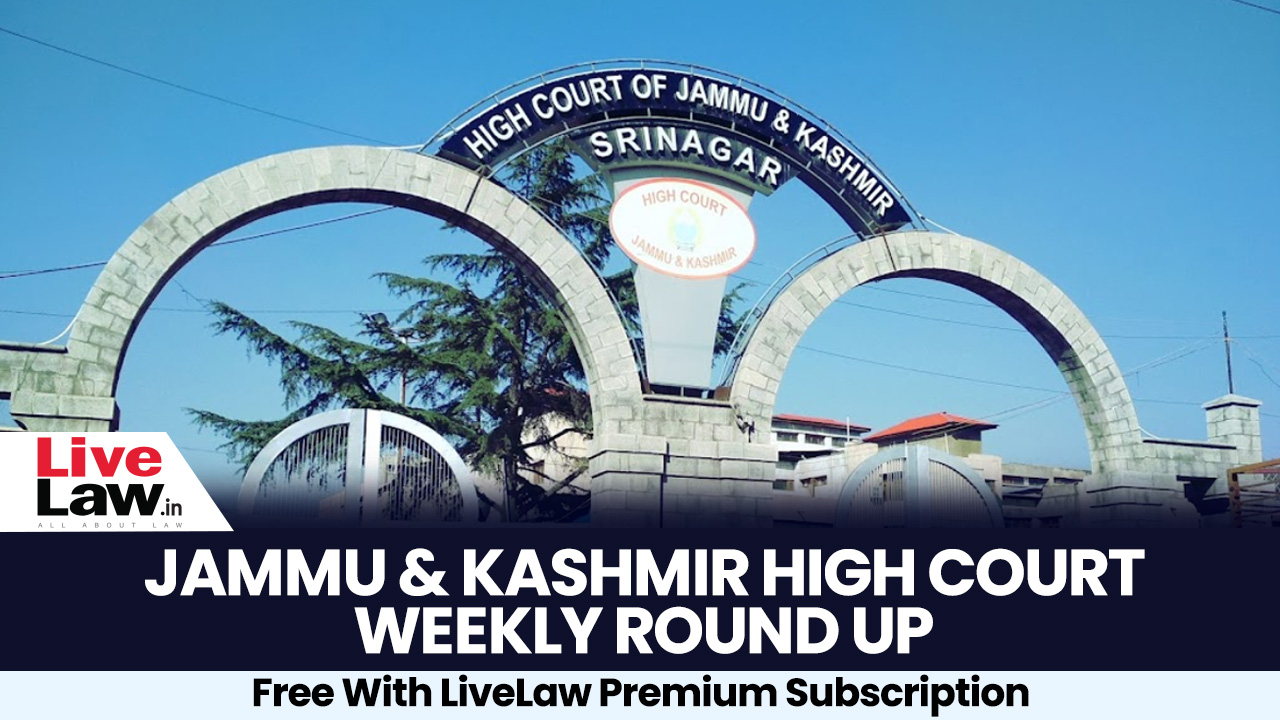 The Jammu & Kashmir and Ladakh High Court ruled that a Judicial Magistrate may face administrative action as well as charge for destroying the record of the Court if any application, whether civil or criminal, received by the court is not properly diarized and registered.

Justice Sanjay Dhar observed that the applications in original are being sent by the Judicial Magistrates to the police stations with endorsements instead of sending a copy of order and thhe copy of such applications to the police concerned. By acting in this manner, the court said, the Magistrates are destroying the record of the Court.

A bench of Justice Rahul Bharti observed, "In case any public servant is to be subjected to a surveillance mode by a rank holder police official on the pretext of a complaint received without first entertaining the said complaint into a formal process, then surely the very confidence of the public servant in acting and doing his duty will be subjected to a paralysis".

Failure To Mention Blacklisting As A Probable Action Does Not Disable Tenderer From Blacklisting The Delinquent Bidder: J&K&L High Court

Fraud vitiates every solemn proceeding and, therefore, a person indulging in the same cannot claim any right on the basis of technicalities, concluded Justice Sindu Sharma.

The Jammu and Kashmir and Ladakh High Court held that merely because a settlement has taken place between warring spouses during the pendency of execution proceedings, the order of maintenance passed by a Magistrate under Section 488 of J&K CrPC does not get wiped out if the settlement does work.

The fact that the respondents may have resided with the petitioner during the period the settlement was in operation, is immaterial as the order of maintenance remained only suspended and the same was not wiped out but got revived retrospectively after the failure of the settlement, the court concluded.

The Jammu and Kashmir and Ladakh High Court ruled that even if prima facie case is established against an accused, the approach of the court in granting bail should be that the accused should not be detained by way of punishment as pre-trial punishment as the same clearly falls foul of the principles of criminal jurisprudence.

Limitation Act | Sufficient Cause U/S 5 Of Must Be Liberally Constructed So As To Advance Substantive Justice: J&K&L High Court

The Jammu and Kashmir and Ladakh High Court ruled that the expression "sufficient cause" under Sec 5 of Limitation Act has to be given liberal construction and the Courts while considering the delay in filing appeal have to avoid technicalities so that merit is preferred and scuttling of decision on merits is avoided.

The expression "sufficient cause" used in the provision must receive a liberal construction so as to advance substantial justice and unless there is gross negligence or deliberate inaction or lack of bonafides attributable to the parties seeking condonation of delay, such a prayer should not be declined, Justice Sanjay Dhar underscored.

The Jammu and Kashmir and Ladakh High Court comprising Justices Sindhu Sharma and Rahul Bharti recently ruled that 'Law of Pleadings' does not go missing when it comes to the matter of maintaining a writ petition before the High Court and it does not recognize any exception for an individual or an institution coming as a petitioner.

"The fact remains that the writ petition is divorced of the elementary pleading as to the locus standi of the petitioner J&K PSC in assailing the impugned judgment of the Central Administrative Tribunal Jammu Bench which is surely not affecting or meaning to affect any legal/statutory/constitutional right and status of the petitioner J&K PSC", the bench recorded.

The Jammu and Kashmir and Ladakh High Court comprising Justice Sanjay Dhar ruled that the provisions of J&K Juvenile Justice Act 2013 are retrospective in nature and accordingly the age of juvenility has to be taken as 18 years and not 16 years, which was the age of juvenility under the Act of 1997, even though that was in force at the time of commission of the alleged occurrence.