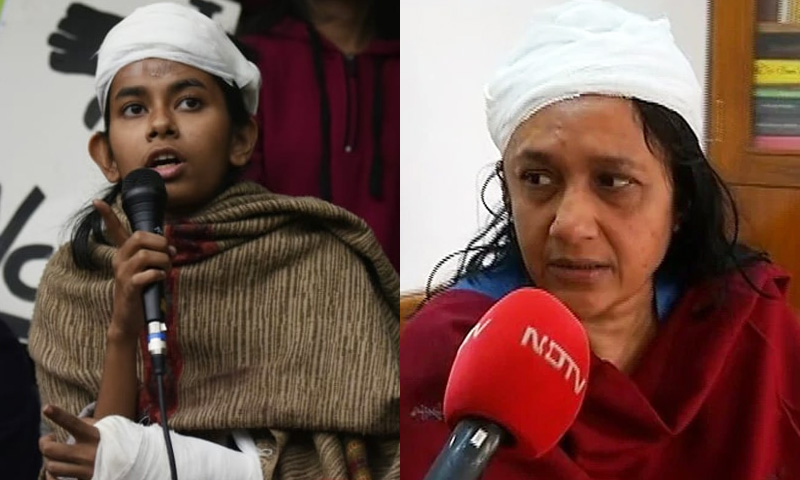 The Delhi High Court on Monday issued notices to Google, WhatsApp and Apple, in a plea moved for preservation of data pertaining to the violent incident that took place in the campus on January 5.

In today's hearing, Advocate Rahul Mehra, who appeared for Delhi Police, submitted before the court that letters have been written to University authorities for preservation and production of CCTV footage, however, the University has not responded as of yet.

Further, Mr Mehra stated that information is also sought from WhatsApp regarding the two WhatsApp groups which were allegedly used for planning the violence. He said:

'WhatsApp might take months to furnish the requisite information. However, if an order is passed by this court, the information will be furnished immediately.'

Since, counsels for WhatsApp, Facebook and Google weren't present today, the interim prayer for preservation of data was not entertained by the Court. However, Justice Brijesh Sethi has issued notices to said intermediaries, while adjourning the matter for tomorrow.

The petitioners also sought directions to be issued to the Commissioner of Delhi Police to take all necessary steps in aid of the fundamental rights of the Petitioners to a free and fair investigation.

While narrating the chain of events that transpired on the day, the petitioners had submitted that it is clear from the manner in which the attack took place that a large mob was behind it, armed with sticks and rods, with their faces covered with mufflers and shawls marching down the campus roads.

It was further submitted that particulars of the incident seem to indicate that the entire attack was premeditated and coordinated. Unless the same had been the result of a pre-planned conspiracy, it would not have been possible for a mob in such large numbers, many of whom appear to be outsiders, to enter the JNU campus.

As per the petitioners, the premeditated nature of the attacks can also be substantiated through the images and videos that have been circulating on WhatsApp.

It was further mentioned that that several persons appear to have used the WhatsApp platform to create different WhatsApp groups with the purpose of inciting hate and violence against the teachers, staff, and students of JNU. According to reports, one such group is entitled "Unity Against Left".

Petitioners had claimed that the said WhatsApp group was used by several persons to plan, coordinate and execute the violent attacks on persons including professors and students present in the JNU campus on the said date.

Another example is the WhatsApp group for which the invitation link was circulated was "Friends of RSS", in which also various messages were exchanged which indicated that the WhatsApp platform was being used to plan acts of aggression and infiltration of outside people into JNU in a violent, premeditated and coordinated manner.

The petition also goes on to mention that the JNU Teachers' Association had made several representations before the Police Commissioner to retrieve the materials for investigative purposes, as per the Information Technology (Intermediary Guidelines) Rules 2011. However, till date, the Association has received no reply to the aforesaid representations.

Further, even the Privacy Policy of WhatsApp allows for personal conversions to be retrieved in order to detect, prevent and investigate illegal activity.

It was also pointed out that the privacy policy of Whatsapp also says that it "does not retain data for law enforcement purposes unless" it receives "a valid preservation request" from a law enforcement authority "before a user has deleted that content".

The petition states that the Petitioners are gravely affected parties whose fundamental right to, inter alia, a free and fair investigation would be severely prejudiced unless the Respondents are directed to preserve all Relevant Evidence.

It has also asked for retrieval and preservation of the CCTV footage of the incident.

Further, the petition has also asked for a direction to be issued to WhatsApp to preserve and supply to the court or to the Investigating Agency, the account information, metadata and all other relevant data of the WhatsApp Groups "Unity Against Left" and "Friends of RSS" including messages, pictures and videos as well as phone numbers of members.